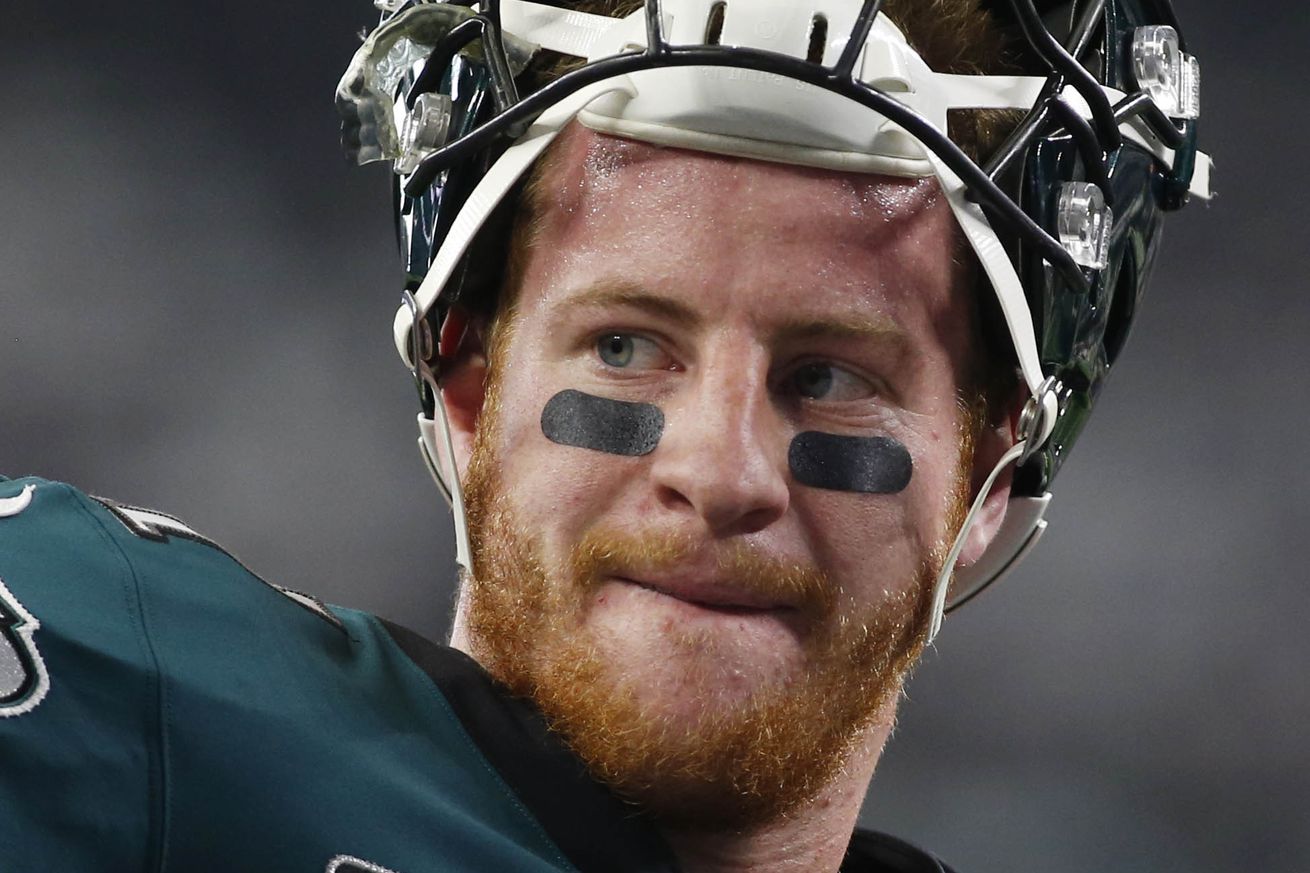 Philly fighting amongst themselves isn’t a bad thing.

This Sunday is the biggest game of the season for the Dallas Cowboys. A lot of that has to do with the fact that on Sunday night, in front of the whole world, the Cowboys will host the Philadelphia Eagles.

Both Dallas and Philadelphia are coming off of a loss and staring at 3-3 records six weeks into the season. Whoever loses this game is going to have some serious questions to answer within their locker room, but the one in Philadelphia might already have some. According to ESPN’s Josina Anderson, there is an anonymous player on the Eagles that is openly questioning the team’s offense and specifically their quarterback, Carson Wentz.

Earlier this week the Jacksonville Jaguars finally traded away star cornerback Jalen Ramsey. While there were plenty of people who believed (feared in the case of some Cowboys fans) that Ramsey could end up in the Eagles secondary, it was ultimately the Los Angeles Rams that pried him away from Duval County.

As the Eagles are dealing with a suspect secondary, a Philadelphia player made a comment that Eagles EVP/GM Howie Roseman “dropped the ball” by not trading for Ramsey.

#Eagles player to me on Jalen Ramsey going to the #Rams: “We dropped the ball. I don’t even want to talk about that (!@#^). Everybody knew what it was going to take to get him. I could’ve told you that.”

There’s belief among our friends at BGN that wide receiver Nelshon Agholor could be the person saying these things to Anderson, but that’s neither here nor there. It would be one problem for the team the Cowboys are playing on Sunday if this was the only thing being said, but, thankfully, it’s not!

An Eagles player criticized Carson Wentz and the team’s offense

When you’re losing there are naturally going to be frustrated people, we’ve seen that with the Cowboys. Consider that there was a report this week from the MMQB that suggested there was inconsistency among the players in trusting their teammates and assignments. That’s not good!

All of that aside, it feels like a drop in the bucket compared to what one Eagles player allegedly told Anderson. According to her an Eagles player said that the team needs to make things simpler and that even Peyton Manning knew when to check it down. As in Carson Wentz does not. Oh dear.

Honestly one of the best things that can happen to any Cowboys opponent is locker room dysfunction. With this dropping later in the week it will likely be something that players and coaches will have to address in the rest of their media obligations for the week, that’s never fun.

Carson Wentz is currently the second-highest graded quarterback by PFF (Russell Wilson is first, Dak Prescott is third) and has been plagued by some of the same things that Dak Prescott has: drops, a defense allowing points, you get the picture. A single quarterback can only do so much and honestly it appears as if Wentz has done enough to help his team to this point in the season.

Ultimately it doesn’t feel as if that belief is shared all throughout the Eagles locker room though which is very good news for the Cowboys. They’ll be doing what they can to disrupt Wentz all game long on Sunday, perhaps there are multiple players on that team who think that will be easy, especially considering that this isn’t the first instance of an Eagles player speaking out against the team’s franchise quarterback.

Sunday will be epic.