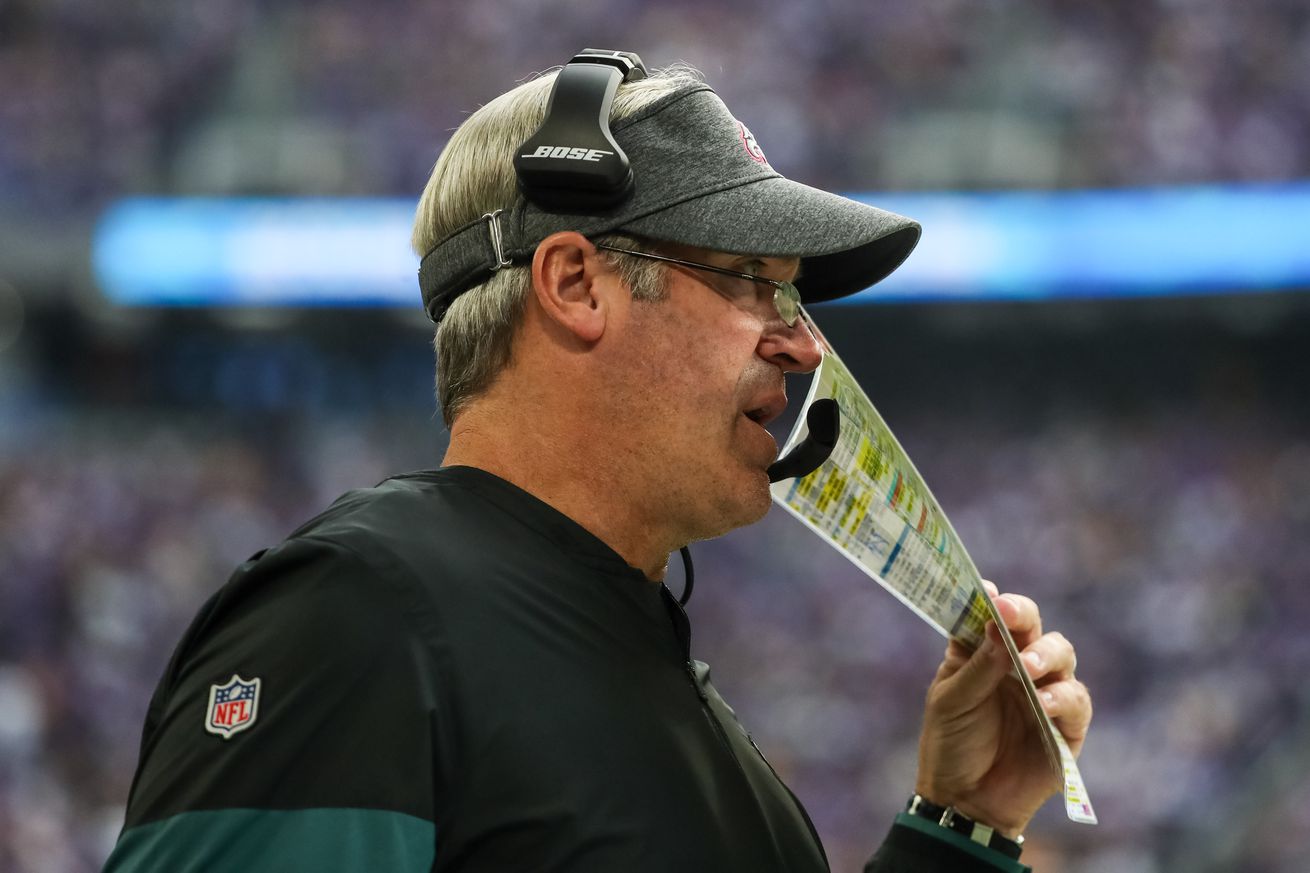 Philly will be looking to start fast against Dallas.

Doug Pederson is one of the best head coaches in the NFL.

Unfortunately for all of us, Pederson is the head coach of the Philadelphia Eagles. He’s done a lot with that organization in the short amount of time that he’s been there, and a large part of it is due to his aggressive style.

Pederson is not shy when it comes to embracing new tactics as the Eagles love the usage of analytics. It’s because of his ability to adapt that the Eagles have been able to be competitive, that’s a problem for the Dallas Cowboys team that will host them on Sunday night.

We all know that the Cowboys have one of the better offenses in the NFL. While it might not feel like that right now, the reality is that they really are. The team as a whole ranks fifth in Football Outsiders’ DVOA metric, the offense ranks second. That’s obviously very good.

It’s the Cowboys defense (25th in DVOA) that is suspect though, and considering they’re going against an Eagles offense (sixth in DVOA) that wants to improve they could be in trouble.

How can Philadelphia improve their offense?

The Eagles have a 3-3 record just like the Cowboys, and also similarly to Dallas they’ve struggled in terms of the way they’ve started games. This is something that Doug Pederson has, unfortunately, noticed.

Appearing on SportsRadio 94WIP earlier this week, Pederson discussed how he’s noticed the slow starts for his offense. He talked about potentially choosing to take the ball to start the game (gasp!) and even going no huddle early on in order to establish a rhythm.

Question: Have you thought about the possibility of not deferring and maybe getting your offense out there and building up some momentum right away.

Pederson: Yea Angelo, I have. I’ve really thought hard about that and possibility even doing that and getting our offense out there. I’ve even thought more about doing more no-huddle, up-tempo stuff to start the game. Just to kind of get our team into a rhythm. Get our offense into a rhythm. You can’t put yourself in a hole, obviously, and be down 10-nothing. In this league it’s hard to overcome. So that’s something that I’m considering.

Philadelphia has definitely struggled early on in games this season so it makes sense for them to tinker with the way they approach the beginnings of games. Dallas has struggled too, as mentioned,

Consider that the first quarter is when the 2019 Cowboys have their worst point differential. The third is obviously the best.

Climbing out of holes is a very difficult thing to do in the NFL. Pederson said this and we know it from watching the Cowboys over the last few weeks. Even when you have a really good offense, the second-most efficient to that point, you can still only do so much.

Pederson mentioned falling down 10 to nothing in his interview. Here are the largest amounts that they’ve trailed by throughout their season so far:

Philadelphia has trailed by at least 10 points in all but one game that they’ve played this season. Of course, the one that they didn’t was against the Jets that just beat the Cowboys, but the point here is that their slow starts are really holding them back.

If Doug Pederson does indeed want the ball to start the game that could work with the Cowboys wanting it in the second half. If Dallas is able to hold Philadelphia on that hypothetical first possession and go down and score themselves, that could put them in a position of strength as we know they tend to get better throughout the game and could pile on to make things all the more difficult for their opponent.

The Eagles are feeling desperate, and desperation leads to changes a lot of times. Doug Pederson seems ready to make some. We’ll see how big of an impact they make.