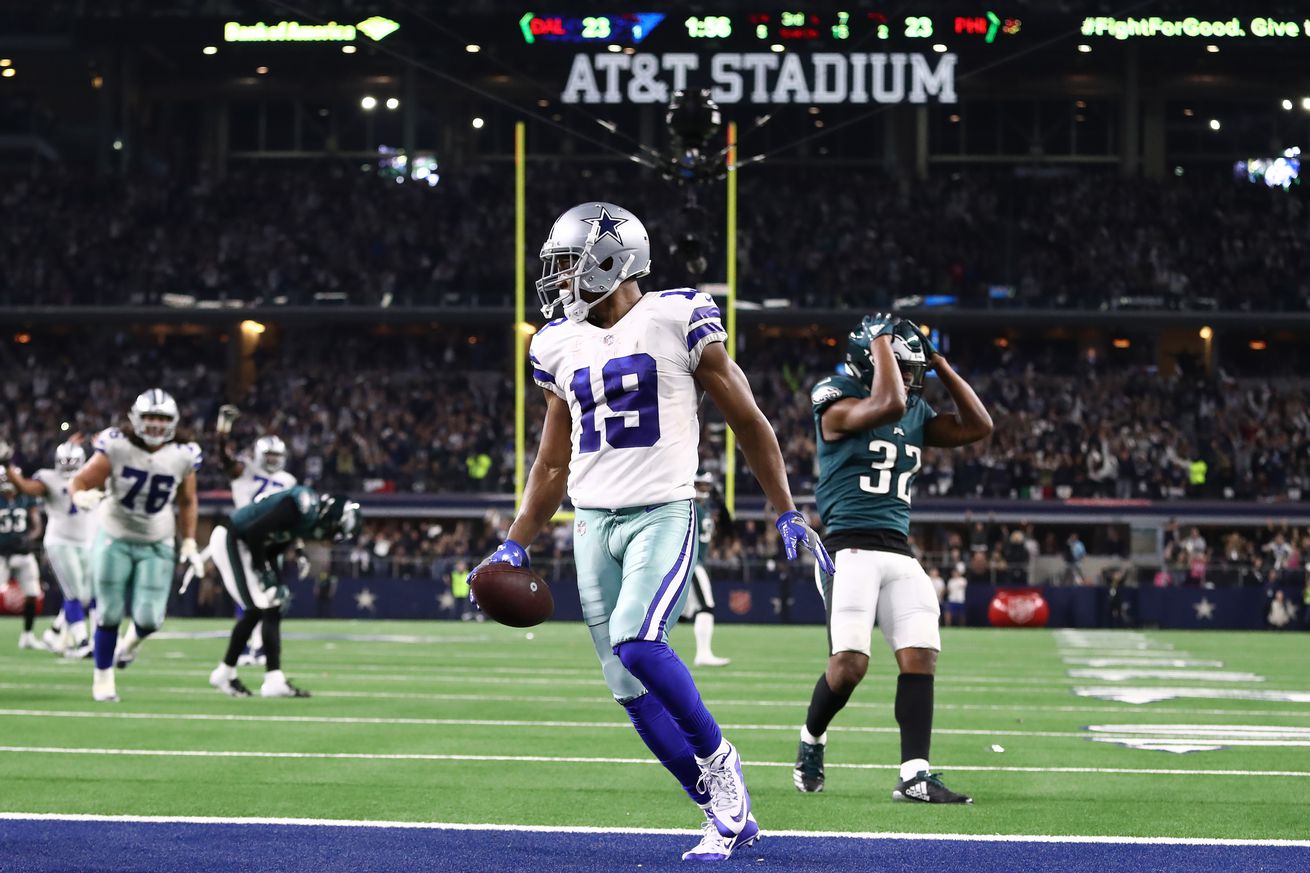 Who will win the most compelling game of the week, the Eagles or the Cowboys?

Experts share their picks for the Cowboys Week 7 game versus Philadelphia.

Doug Pederson says the Eagles are going to win, but he won’t guarantee it. He shouldn’t. Jason Garrett has a history of digging deep when his back is against the wall, and once again it is.

The Cowboys’ offense has improved from its 10-point output in Week 4 despite serious injuries, while the Cowboys’ defense has fallen all the way to 25th in DVOA despite relative health. Yet, it’s the offense that has taken most of the blame for the team’s struggles. That’s just what life is like when Jason Garrett is the head coach, but I’m encouraged by Dak Prescott’s performance in the Meadowlands throwing to Tavon Austin and Cedrick Wilson. Now it’s time for Leighton Vander Esch, Jaylon Smith, DeMarcus Lawrence and Byron Jones (hamstring permitting) to make some of the big plays they are capable of.

Both teams have been derailed by injuries, so the availability of their banged-up players will have an unfortunately big impact on such an important game. Against a stingy Eagles run defense, and with or without Amari Cooper and/or Randall Cobb, the Cowboys can’t hesitate to let Dak Prescott loose as a passer in the event Ezekiel Elliott get stuffed early and often. Given the crescendo around his job security, Jason Garrett should oblige.

After winning their first three games and averaging 35-plus points, the Cowboys have lost three in a row, the latest to the previously winless Jets. That has allowed the Eagles, who couldn’t stop the big play in Minnesota, to climb into a first-place tie with the Cowboys.

Dak Prescott has taken his share of criticism in recent weeks, but I’m expecting him to come back with a big game that puts the Cowboys on top of the NFC East.

Despite 3-0 start, Cowboys haven’t proven they can beat a solid team. This might be the week to get back on track, against a short-handed Eagles defense that struggles to cover and rush the passer.

These two teams are tied for first place, but they sure haven’t looked like it at times this season. The Cowboys have lost three straight after a fast start. The Eagles’ defense is a disaster right now. Dallas will come alive on offense here and get a big-time division victory.

The Cowboys should be healthier at offensive tackle this week but may be down top wide receiver Amari Cooper. The Eagles are hoping to get field-stretching wide receiver DeSean Jackson back. Both teams are great at stopping the run, so it comes down to who can deliver more big plays in the passing game, Dak Prescott or Carson Wentz. Look fo Dallas’ defense to rebound from getting picked apart by the Jets with more classic bend-but-don’t-break at home, while Philadelphia’s defense remains too vulnerable to shots off play-action.

There was Super Bowl talk when the Cowboys jumped out to a 3-0 start to the season. A reversal of fortune now has them at 3-3 with Dallas fans once again calling for coach Jason Garrett’s head. This would be a good time to turn things around as the Cowboys and Eagles are tied atop the suddenly weak NFC East. We expect it to happen. While we’re not eager to provide the slumping host with much praise, various Philly injuries definitely give Dallas the upper hand. QB Dak Prescott should be able to take advantage of a patchwork secondary, one that was torched last week by Cousins. Cowboys have been particularly good against division foes with a current 12-2 versus spread mark and that includes a pair of wins over this rival a year ago.

Dallas has been on quite the free fall as of late, losing three straight matchups including a loss to the recently winless Jets in Week 6. I don’t foresee an end of the Cowboys’ struggles in Week 7 as Philly has the tools to take down its NFC East rival once again, especially if Amari Cooper misses this contest due to injury.

What are your expectations for the game?