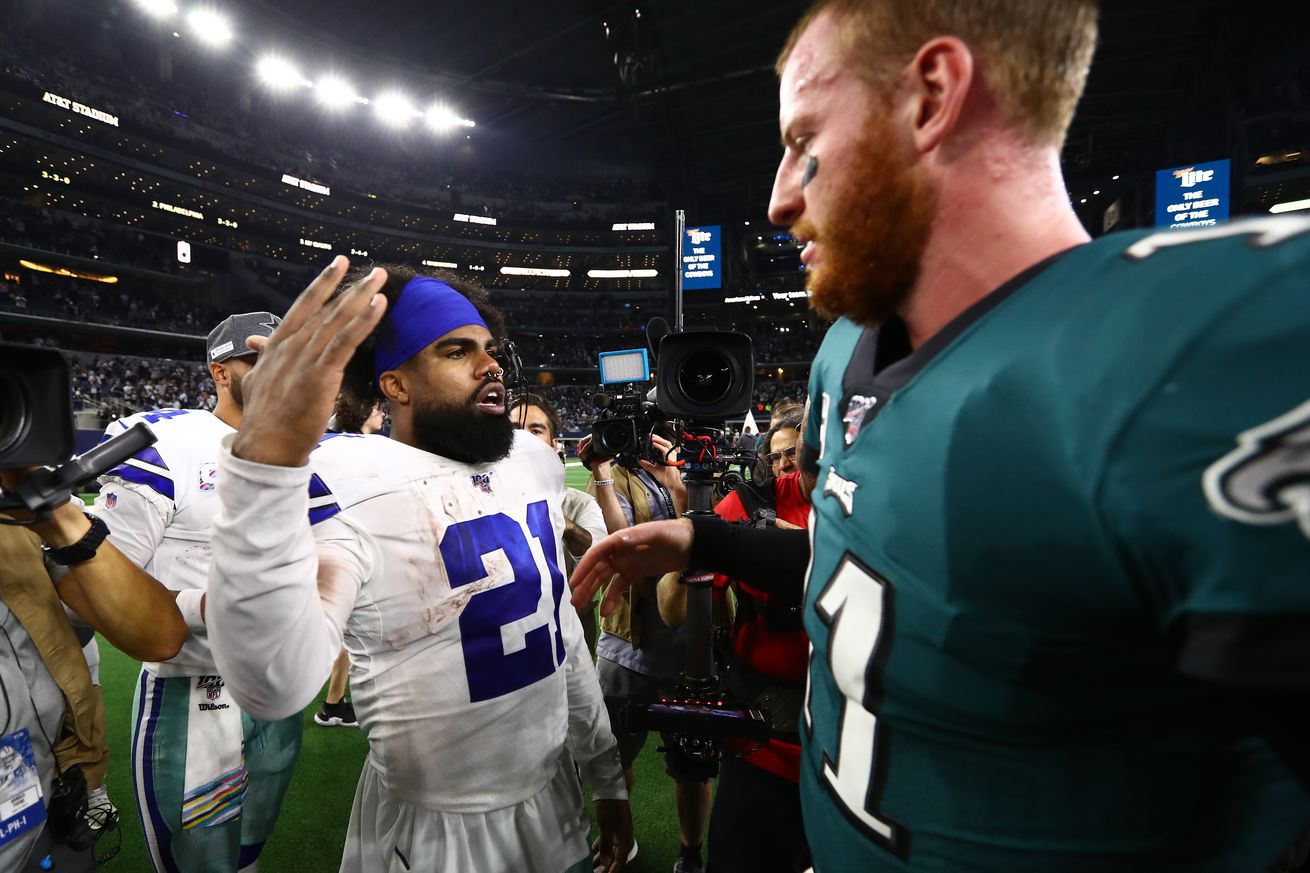 There were winners… they were the Dallas Cowboys.

The Dallas Cowboys beat the Philadelphia Eagles on Sunday night. Read it again.

There were a lot of things that worked against Philly, and we’re here to talk about it all. It’s time for a celebratory edition of winners and losers, we’re long overdue!

Look, Jason Garrett has his flaws. Nobody here is going to deny that. But the truth is that he was up against a serious wall with this game against the Eagles and boy did his team deliver.

Sunday night was one of the biggest games of Garrett’s career (certainly from a what’s-on-the-line standpoint). He had his team ready and prepped to play and he dominated a coach that many people praise week in and week out.

Rayne Dakota Prescott balled out of his mind on Sunday night, although to be fair the Eagles defense has had their fair share of issues in 2019. Still, though, Dak was as perfect as the Cowboys needed him to be with one exception, a horrible interception in the endzone in the second half (they were up by 20 so it didn’t hurt, but it was gross).

This was a big game for narratives and Dak is certainly among them. He even set the Cowboys franchise record for most rushing touchdowns (21) by a quarterback.

This was by far the best game that Zeke has played this season. He was the pulse of the Cowboys offense and looked like the star running back that we’ve seen for over three years now.

Philadelphia had a shaky defense as a whole but had generally been good against the run, but the Cowboys capitalized on what they could when they could. They got creative with play-action throughout the night and even rolled Dak out to hit Zeke on a short fourth down.

It was a thing of beauty. So was Zeke shaking Brandon Graham and running over Malcolm Jenkins.

Dallas hadn’t start a drive in opponent’s territory all season long and managed to do so multiple times against the Eagles. Short fields make driving the length of them all the more easy and the Cowboys pounced.

I’m a firm believer in the notion that if you want to be arrogant, you have every right to do so. The reality, though, is that if you’re not backing it up it doesn’t resonate as strong as when you perform well.

Tank Lawrence did a bit of talking on Friday afternoon as he responded to Eagles head coach Doug Pederson’s “guarantee” that Philadelphia would win this game. He showed up in a big way and finally destroyed the argument that he’s never had a sack against that team.

It’s getting old complaining about referees, but they were still very bad. For instance!

Eagles tight end made an incredible catch (from an effort standpoint) along the sidelines. While again the athletic achievement was something to marvel at it was very clear and obvious that he landed out of bounds and that it wasn’t a clean catch. Nevertheless it was ruled one and Jason Garrett had to challenge it. He won the challenge, but the usage could have been valuable later (like the Green Bay game).

We need this to be fixed. Immediately.

The Cowboys got five big players back for this game, but they lost Robert Quinn and Leighton Vander Esch, and Jeff Heath also got hurt.

Thankfully Dallas is on bye and won’t play again until November 4th. This is a team that badly needs some time to heal.

There were some brighter moments for Chido throughout this game, but he still struggled early on. He’s been one of the weaker players on the Cowboys defense this season, a big win against the Eagles or not.

Jourdan Lewis played very well with Anthony Brown not available to the Cowboys. Perhaps they tinker with their defensive lineup over the next two weeks.

The Dallas Cowboys beat the Philadelphia Eagles by a score of 37 to 10. It needs to be said a lot, I’m just doing my part.