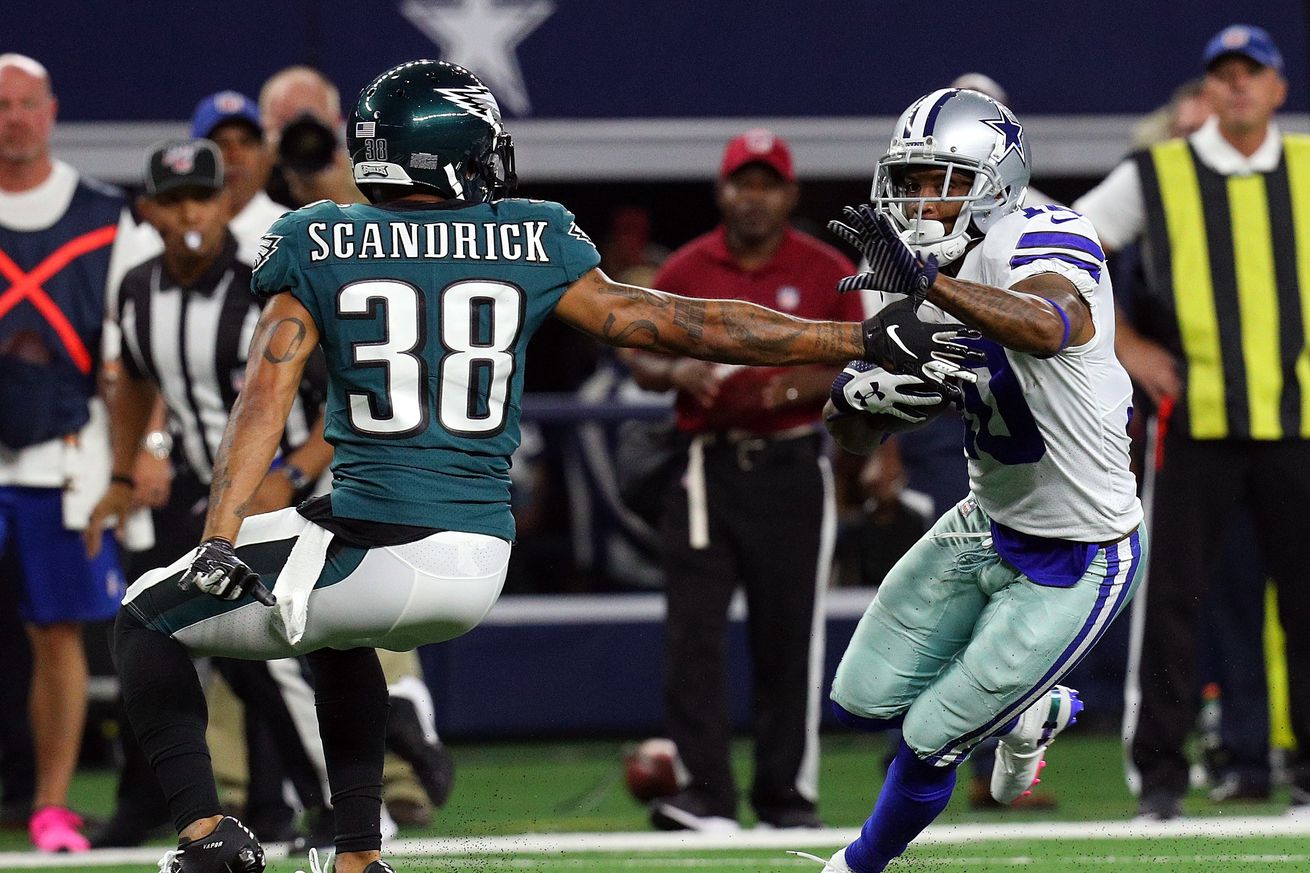 Scandrick knows both teams quite well.

Orlando Scandrick has been a bit of a journeyman since he and the Dallas Cowboys parted ways with one another. In that time Scandrick has spent time with the Kansas City Chiefs and Philadelphia Eagles.

Of course, Scandrick was on the Eagles team that just lost to the Dallas Cowboys (the score was 37-10, you know, when Dallas trounced the Eagles) last weekend. In the aftermath of it all, Philadelphia felt it was best to move on from the veteran cornerback, it’s not like their secondary is a big issue or anything!

As he’s currently a free agent, Scandrick went on FS1’s Undisputed on Friday and, goodness, did he have some things to say, including some praise for Dak Prescott and Amari Cooper.

While praise for Cowboys is obviously something that we enjoy, perhaps the most interesting stuff that Scandrick said had to do with comparing Dak Prescott to another big-time quarterback in the NFC East… Carson Wentz.

Obviously since Scandrick played for the Eagles he knows Wentz as well as Prescott. He definitely didn’t spend as much time around the former as he did the latter, but that didn’t stop him from offering up his take on the two.

It’s really interesting to hear Scandrick discuss how success is partly what’s plaguing the Eagles right now (it’s also interesting how different these comments are from the ones he had originally following the last Cowboys win). There are very few teams that win the Super Bowl (which the Eagles did to their credit) and are able to maintain that success. Outside of the New England Patriots, the list of teams is fairly short.

Sometimes people need time to allow them to reflect which might be why Scandrick is feeling the way he is. He offered a very authentic response to a different question when he noted that what he feels is the worst mistake of his career was not riding things out with the Cowboys when the going got tough. Tip of the hat to The Athletic’s Jon Machota for originally transcribing:

“If I could take back one thing or one regret that I have in my whole entire sports career, it would have been to stay with that Dallas Cowboys organization through thick and thin. I had a long, long conversation with Sean Lee before the game on the phone… It wasn’t even about football, it was just about his loyalty to Dallas and how I was happy for him for grinding through and being healthy and continuing to fight despite what everyone said about him. He was just telling me that he loves it. He loves being in Dallas. The work he has put in with those guys. H loves coming to work every day. I can’t say my last two years of football have been like that.”

This is really refreshing to hear from an athlete, really a person, in general, but that it has to do with the Cowboys obviously hits close to home. We all have moments in life where we look back and realize a mistake that we made, a decision we wish we could do over, and Scandrick was very honest and authentic in noting that he wished things had worked out between him and the Cowboys.

While Jason Garrett still has a lot of work to do on the field, there’s no question that he’s created an unbelievable culture in Dallas. To hear Orlando Scandrick – ORLANDO SCANDRICK – say these things really speaks to that.