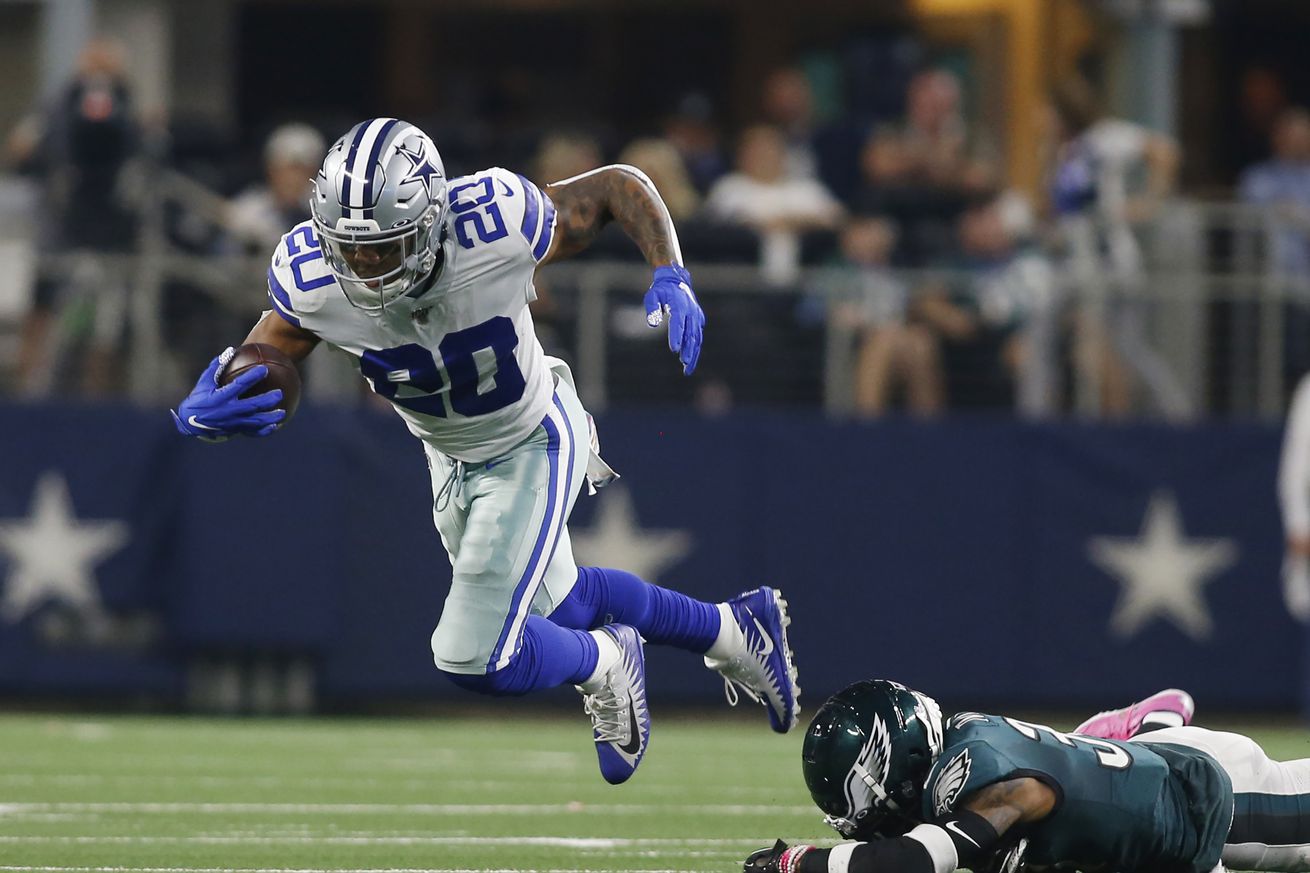 The front office drafted Tony Pollard for a reason, so why not use him?

The excitement of adding Tony Pollard to this offense was pretty high during the preseason. With Ezekiel Elliott handling his business with his new contract, the opportunity was plentiful for the rookie running back to shine in his absence. And that’s exactly what he did. Pollard was fantastic. The Memphis running back was so impressive in the preseason that it caused Cowboys owner Jerry Jones to slip up and make a “Zeke who?” comment, which they cleverly turned into a t-shirt. What a marketing wizard that Jerry is.

While Pollard was never expected to be Elliott’s replacement, the true goodness of adding him to the team came with what these two can do collectively. It was hoped that Zeke and Pollard would be a dynamic duo in the backfield that would keep the explosiveness into the Cowboys offense 7/24.

Things started out great. In each of the first three games, Pollard played in at least 16 snaps, would touch the ball no less than five times, and the Cowboys offense scored 30+ points a game en route to a 3-0 start to the season.

But then the New Orleans game happened. Pollard never touched the ball and he only saw two offensive snaps. The explanation was that the offense wasn’t on the field very much to where Zeke needed a rest, and they couldn’t ever get him into a rhythm in the running game. Okay, fine – whatever. But then in the following two games, Pollard again rarely saw the field, playing in less than seven snaps in each of those games. The Cowboys offense again sputtered, especially early on, and once again Dallas came up short.

Against the Philadelphia Eagles last Sunday, the Cowboys went back to utilizing Pollard as he played in more snaps than he had in his previous three games combined. And lo and behold – that magnificent offense was back again. Is it a coincidence that when Pollard is given opportunities, the Cowboys offense looks fantastic?

The Cowboys have had three games where they’ve compiled at least 185 rushing yards, and it should surprise no one that they’ve won each of those games. Dallas only had one game like that last year, and it was their only game they won by more than one score last season as the offense put up 40 points.

The team has a star running back in Elliott. Fine, we get that. They want the ball in his hands, but that doesn’t mean Pollard should be pushed aside. Against the Eagles, the Cowboys put Zeke and Tony on the field together five times. That’s promising.

This play didn’t amount to anything because Gallup whiffed on his block, but I absolutely love seeing Zeke and Pollard on the field at the same time. Please do more of that. pic.twitter.com/X1KuhD5fNo

Prior to the Eagles game, our own Connor LIvesay was making his case to use Pollard more.

While Pollard isn’t the runner that Elliott is, he brings a different dynamic to this offense. He has the speed, burst, and explosiveness to create explosive plays for this offense, something they’ve lacked from the ground game in recent years. Along with his big play ability, Pollard is also a much more natural receiver than Ezekiel Elliott, and can be a much better route runner out of the backfield and slot.

Right on cue, the Cowboys obliged by involving Pollard back into the offense, and it worked like a charm. Elliott remained fresh and you could see the the juice in those legs as he ran hard on every play. And when he wasn’t breaking ankles against the Eagles defense, Pollard was as the offense didn’t skip a beat when the rookie took over in the backfield.

Hopefully, over the bye week, the coaching staff looks for more ways to utilize their young running back. He’s a talented receiving back, yet he hasn’t caught a pass in over a month. Why they aren’t putting him in more situations where he can isolate a slower defender in the passing game is a big mystery.

We can all cross our fingers and hope to see more of this electric offensive playmaker down the stretch. He’s a good player and it’s disappointing to see his talent wasted on the sidelines. Maybe Kellen Moore and company will unleash Pollard after the bye as the Cowboys try to keep that no. 1 ranked yards gained offense rolling.