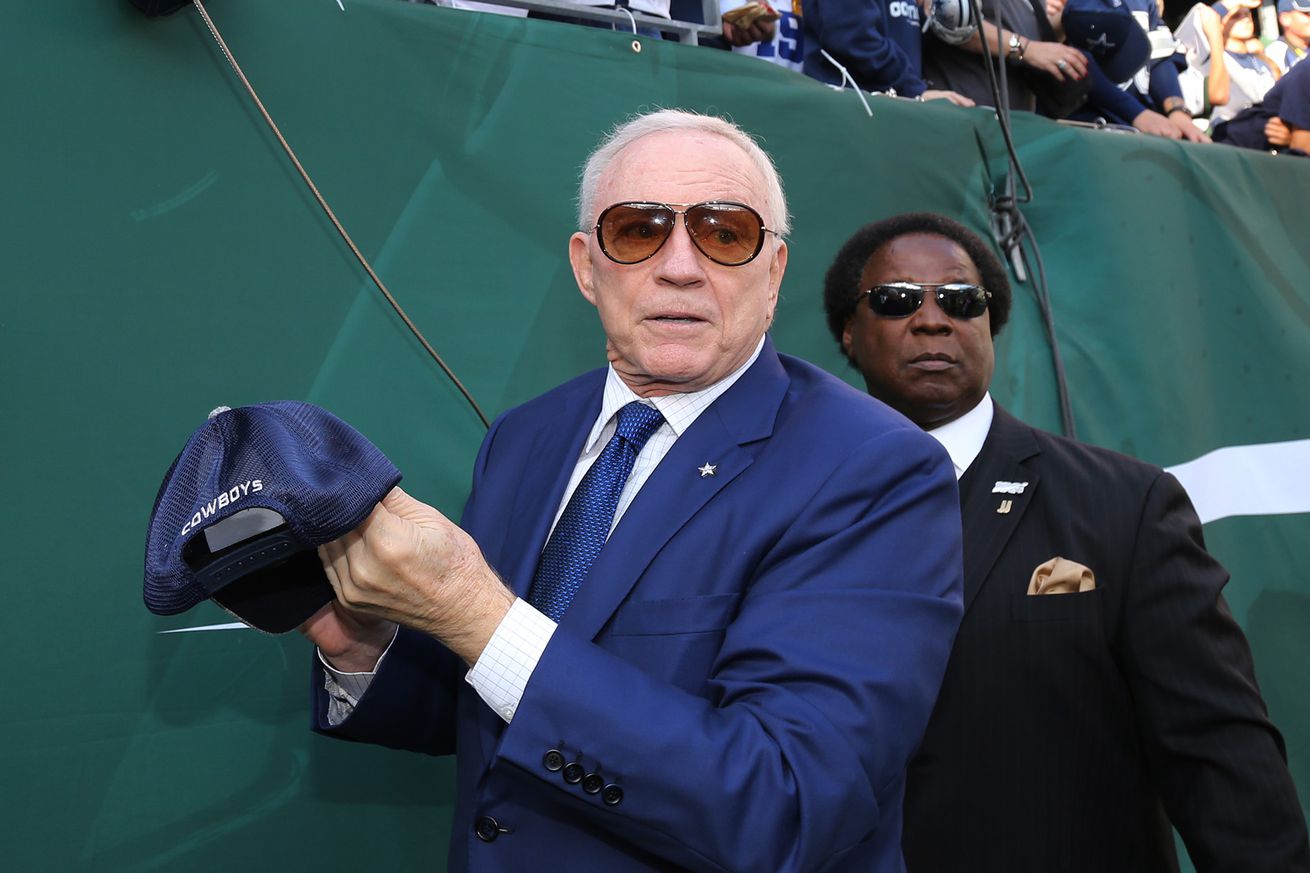 The latest Cowboys news and notes.

The Cowboys acquired Michael Bennett just a few days ago in a surprising move, but the front office also had its eyes on another defensive lineman in the AFC East, according to a report from ESPN’s Adam Schefter.

According to ESPN’s Adam Schefter, the Cowboys called the New York Jets about Leonard Williams before they made the Michael Bennett move.

It’s extremely likely that Williams would have cost the Cowboys more than a seventh-round pick (which will likely become a sixth). Not to mention that Williams is on the fifth-year option of his rookie contract just like Amari Cooper, so the Cowboys would have had to make a contractual decision on him after this season. Michael Bennett’s current deal runs through 2020.

Adam Schefter reported on Sunday morning that the Dallas Cowboys called the New York Jets about Leonard Williams before they ultimately traded for Michael Bennett.pic.twitter.com/VQ86GNNfhJ

Lombardi writes on what moves non-contenders can make, while also mentioning that the Jets could be interested in dealing their defensive lineman.

Leonard Williams, DE, NY Jets. Williams has not dominated like many thought he might when he left USC. The Jets need offensive line help badly, and if they could flip Williams for an excellent lineman or a third-rounder next season, they should take the deal. Willams is going to get more in the open market than the Jets would ever pay, so why not take the pick now, instead of waiting?

The Cowboys pass-rush is already better than you think – Reid Hanson, Sport DFW

With the Cowboys making a move for Bennett and showing interest in others, a case can be made that the Cowboys pass rush is better than you think it is.

What does this mean?

That right there tells a much better story than what those misleading team sack totals are saying, don’t you think?

What safety could the Cowboys potentially target before Tuesday’s deadline?

There were some discussions this offseason about Reshad Jones being available In a trade. The Miami Dolphins ended up telling him he wouldn’t be traded this year, but the notion of him being on the move has resurfaced. And the possibility of moving him makes a whole lot of sense for both the team and the player.

Jones was selected in the fifth round of the 2010 NFL Draft but Miami and has developed into one of the better safeties in the league. Now in his 10th season, Jones has 760 tackles, 21 interceptions, 55 pass breakups, and 10.5 sacks. He’s been named to two Pro Bowls as well during his career and started this season strong with 21 tackles in three games before suffering a chest injury.

Miami hopes he can return soon but the fact is, he’s a solid player on a terrible team. Sitting at 0-7, Miami has already began their fire sale. They traded Robert Quinn to Dallas and Kenny Stills to the Houston Texans to kick off the sale. Recently, they were back at it as they sent Minkah Fitzpatrick to the Pittsburgh Steelers.

Report: Redskins willing to trade Josh Norman, if anybody will take him – JP Finlay, NBC Sports

In other news, Washington is looking to move Josh Norman.

Apparently there is one player the Redskins are willing to trade: Josh Norman. The problem is there isn’t exactly a robust trade market for a soon to be 32-year-old cornerback with a $15 million price tag.

Norman has struggled this season and is currently dealing with injuries, further limiting the potential returns a trade could deliver. He missed a Week 7 loss to the 49ers, and while he played last Thursday in a loss to the Vikings, he was clearly dealing with a hurt leg and was only put in the game due to injuries to other players.

It’s a good time to bring this up again:

Despite some hoping that something could get done this week on the contract front, that was not the case.

Per multiple sources, the Cowboys are not currently talking with Dak’s agent about an extension that was quite the rage when the season began. Here we are in late October, and “Dak Prescott Extension” is a dead subject.

The Cowboys aren’t talking because, per sources, Dak’s side isn’t interested in chatting at the moment.

Dak is clearly betting on himself. Or at least his agent is.

In the past, the Cowboys took advantage of the bye week to announce large extensions, most notably for quarterback Tony Romo and linebacker DeMarcus Ware.

Stephen Jones says ‘flawless’ Dak Prescott needs to work with the Cowboys a little, but expects both sides to ‘figure this out’ – Selby Lopez, Sports Day

Stephen Jones is confident that an extension will eventually get done.

The Cowboys have reached the bye week at 4-3 following a win over the Philadelphia Eagles last week and they have yet to reach a contract extension with starting quarterback Dak Prescott.

But Cowboys executive vice president Stephen Jones said in an interview on 105.3 The Fan [KRLD-FM] that he expects both sides to reach a deal to keep the fourth-year quarterback in Dallas.

“In my mind, he’s flawless,” Jones said on The Fan. “The only thing we need him to do is work with us a little bit, and I understand because it’s his money and it’s easy for someone else to say, but the only reason we’re having a negotiation is to talk him into all the reasons why it’s good to have a good supporting cast around him. Other than that, it would be really easy to write the check. It’s not saving Jerry and I any money. What we’re trying to do is keep this young football team together. We think it’s a really good one. We think it’s only going to keep getting better because it is young.

The Cowboys were on bye, but there are still things to discuss. We did that on the latest episode of The Ocho.