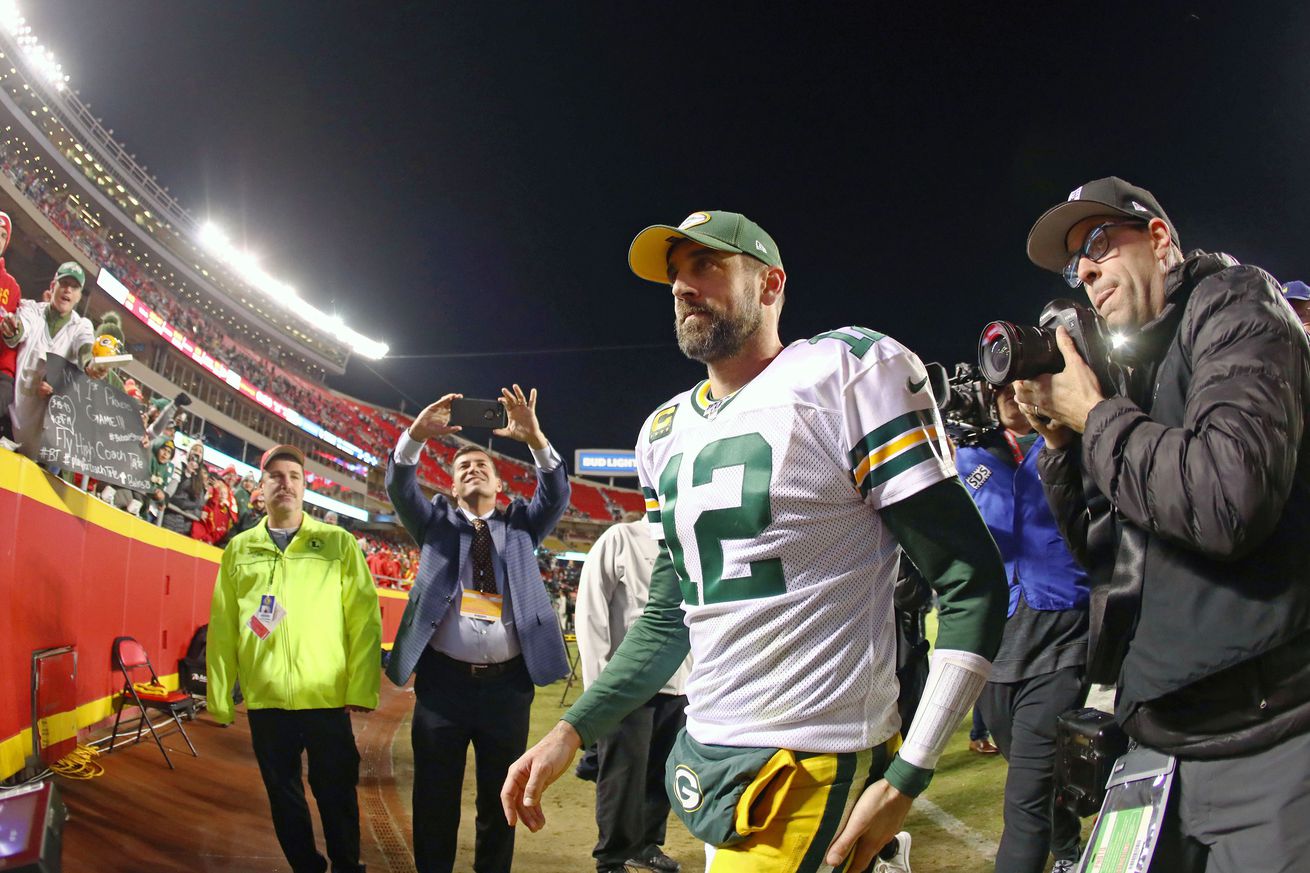 Check out a recap of Week 8.

We have reached the (sort of) halfway point of the 2019 NFL regular season. Week 8 has come and gone and we saw some pretty exciting matchups. The San Francisco 49ers and New England Patriots both came away victorious on Sunday; they remain as the only two undefeated teams in all of football.

On Sunday we also saw the Packers win and improve to 7-1, Drew Brees return and lead the Saints to another victory, and Deshaun Watson make possibly the play of the year. In case you missed any of the action, here are the final scores from this weekend’s games.

The San Francisco 49ers are a dominant football team, and they proved that once again Sunday afternoon. San Francisco absolutely destroyed the Carolina Panthers, scoring 51 points in a blowout victory. On offense, the 49ers once again used their rushing attack behind Tevin Coleman to rush for 232 yards as a team to go with four touchdowns. Through eight weeks, the 49ers are second in all of football averaging 181 rushing yards per game. Quarterback Jimmy Garoppolo once again had a good, not great day, throwing for 175 yards and two touchdowns, but the 49ers defense is dominant enough he can just be a bus driver most weeks. That 49ers defense recorded seven sacks on the day and forced three Panther turnovers. Rookie Nick Bosa, the early front runner for Defensive Rookie of the Year, recorded three of the seven sacks and also had an interception. San Francisco is a force to be reckoned with and their defense leads the league in yards per game and passing yards per game allowed. At 7-0 San Francisco is getting better every single week, and no one wants to face the red-hot 49ers right now.

When Andrew Luck retired back in August, many believed the Indianapolis Colts playoff chances went down the drain. Well, someone certainly didn’t tell the Colts that, because eight weeks into the season they sit at 5-2, atop of the AFC South. The Colts came away this weekend victorious with a 15-13 win over the Denver Broncos. Now I don’t think anyone would call a win over the Broncos this season impressive, however what Indianapolis is doing as a whole is extremely impressive. In the Colts five victories they have not allowed a team to score more than 24 points. Second-year man Darius Leonard is leading the defense in the midst of another outstanding season, and quarterback Jacoby Brissett is having a heck of a year leading the offense. Brissett has thrown 14 touchdowns to just three interceptions on the year, and despite not having a great day Sunday. He made the play of the game by escaping Von Miller to make a throw that set up the game-winning field goal. The Colts have just two games left on their schedule, at Houston and at New Orleans, that they likely will not be favored in. This team easily could win 11 games and make a trip back to the playoffs for the second straight year.

At this time a week ago, the Philadelphia Eagles were in turmoil. Coming off a 37-10 beat down courtesy of the Dallas Cowboys, Philly sat at 3-4 heading into a tough matchup at the Buffalo Bills. To make matters worse, Orlando Scandrick, who was released by the team last week, came out and trashed the organization saying they were still hung up on the Super Bowl win in 2018. Philly looked primed for a complete blowup, but the exact opposite happened on Sunday. The Eagles went into Buffalo and absolutely dominated the Bills. Against a very good Bills run defense, the Eagles ran for 218 yards as a team and rookie Miles Sanders out of Penn State and Jordan Howard both had big days. With help on the ground, Carson Wentz was able to make some nice plays as well, throwing for 172 yards and a touchdown but most importantly no turnovers. When the Eagles can run the football they are a completely different team. Philly faces another very impressive defense next weekend in the Chicago Bears, so their running game will once again be a huge factor.

As we have reached the halfway point of the season, we will update our list of the three possible MVP candidates to this point of the year.

If the season ended today, Russell Wilson be my pick for NFL MVP. The Seattle quarterback leads the league in passing touchdowns and QB Rating while throwing just one interception. He also has his team with a 6-2 record, just two games back of the division leading San Francisco 49ers.

Tyler Lockett wasn’t even a little bit open on this play. What an absurd throw by Russell Wilson and incredible catch by Lockett. pic.twitter.com/0CrmFCrNVc

Aaron Rodgers has been flat out dominant to start this season. He is second in the league in yards passing and passing touchdowns and has lead his Packers to a 7-1 start.

This throw might be even more impressive than Russell Wilson’s throw to Lockett earlier in the season.
October Aaron Rodgers is pic.twitter.com/7sgJtQcszI

If a running back is ever going to win MVP, Christian McCaffrey likely is going to be the guy. The dual-threat runner has the most total yards out of any non-quarterback and has a shot to eclipse 2,000 total yards on the season. It will be very hard to win as a running back, but if anyone can do it, it’s McCaffrey.

Elsewhere around the NFC East