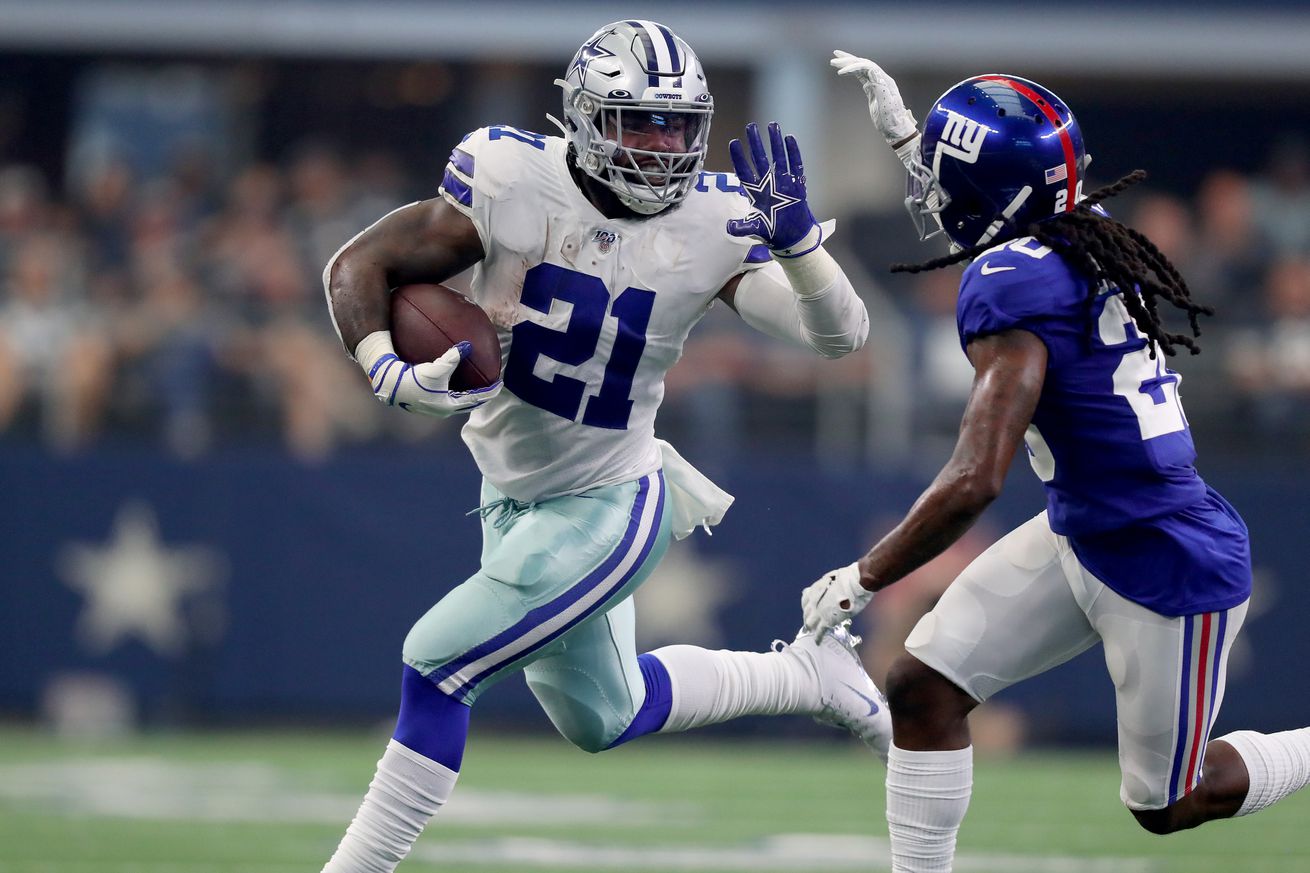 Dallas looks to restart their season the way it began

The Cowboys hosted the Giants back in the season opener, and things went really well for America’s Team. It was the first look at Kellen Moore’s offense, and all the pre-snap motion and play-action helped Dak Prescott throw for 405 yards as the Cowboys blew out their rivals 35-17. Not only did they start the year off with a win, the Cowboys looked like legitimate contenders.

A lot has changed since then, though. Both teams are pretty different. Dallas went on a three-game losing streak that earned them plenty of doubters before blowing out the Eagles on national television. The Giants have anointed rookie Daniel Jones as their new starting quarterback, with mixed results, as well as adding new faces to their struggling defense.

Coming off a bye week in which Dallas traded for Michael Bennett to shore up their pass rush, this is a team that’s “locked back in” and trying to get back to the team that blew out opponents to get off to a 3-0 start. New York, on the other hand, just held a players-only meeting to air grievances in the midst of a four-game losing streak.

The result: two teams entering a Monday night matchup trying to prove something on national television. The Giants are motivated by their losing streak, much as the Cowboys were coming into their game against the Eagles. Dallas has the advantage of a week’s worth of rest to prepare for New York, although sometimes that can turn into a disadvantage. Jason Garrett is a 4-4 coming out of the bye week, although he’s 2-1 with Dak Prescott and Ezekiel Elliott and 3-1 when playing division opponents after the bye.

But the Giants have been getting closer and closer to wins over their losing streak; after being blown out by the Vikings, they kept it tight through three and a half quarters against the Patriots, then lost by a touchdown to the Cardinals, and lost by five to the Lions last week. Could they be overdue for a win now?

Looking at the matchup on paper, it seems unlikely. The Cowboys boast the NFL’s best offense, leading the league in yards per game and DVOA, and Prescott has been on a tear so far this season. The Giants, on the other hand, have the 28th ranked defense by yards allowed, rank 26th in DVOA, and are 27th in points allowed. Their passing defense is particularly bad, and the Giants didn’t do much to bolster their secondary at the trade deadline.

In fact, the Giants have only held opposing quarterbacks under 225 passing yards twice this season, and both games were against rookie quarterbacks Dwayne Haskins and Kyler Murray. The quarterback that’s performed the best against them this year has been Prescott, and he could be in line for a repeat performance with his receiving corps getting back to full strength again.

For the Giants quarterback, it hasn’t been as smooth sailing. Jones got off on the right foot in his first two starts, both of which were wins, as he completed 69% of his passes and averaged 280 passing yards while scoring five touchdowns between the air and ground. Still, Jones had two interceptions and two fumbles in those games, and against better competition his poor ball security was compounded into a real problem, which has in part led to his team’s losing streak.

The good news for Jones is that the Cowboys defense is notoriously bad at taking the ball away. Only four defenses have fewer interceptions than the Cowboys, although their six fumble recoveries are tied for second most in the league. Will the turnover-prone rookie passer be able to rein things in on Monday night, or will the Dallas defense finally become more opportunistic? One of many questions that will be answered in due time.

But for both teams, this game will carry massive ramifications with either a win or a loss. If the Cowboys lose, they’ll fall into a tie with the Eagles for the NFC East lead, but a win would create some separation as their schedule gets tougher. The Giants aren’t looking to contend for the division crown just yet, but a fifth straight loss would put head coach Pat Shurmur and general manager Dave Gettleman firmly on the hot seat and thrust the team into serious jeopardy of yet another regime change in the offseason. However, a win over the division leading Cowboys would give credibility to the Shurmur-Gettleman regime, as well as the much-derided decision to take Jones sixth overall.