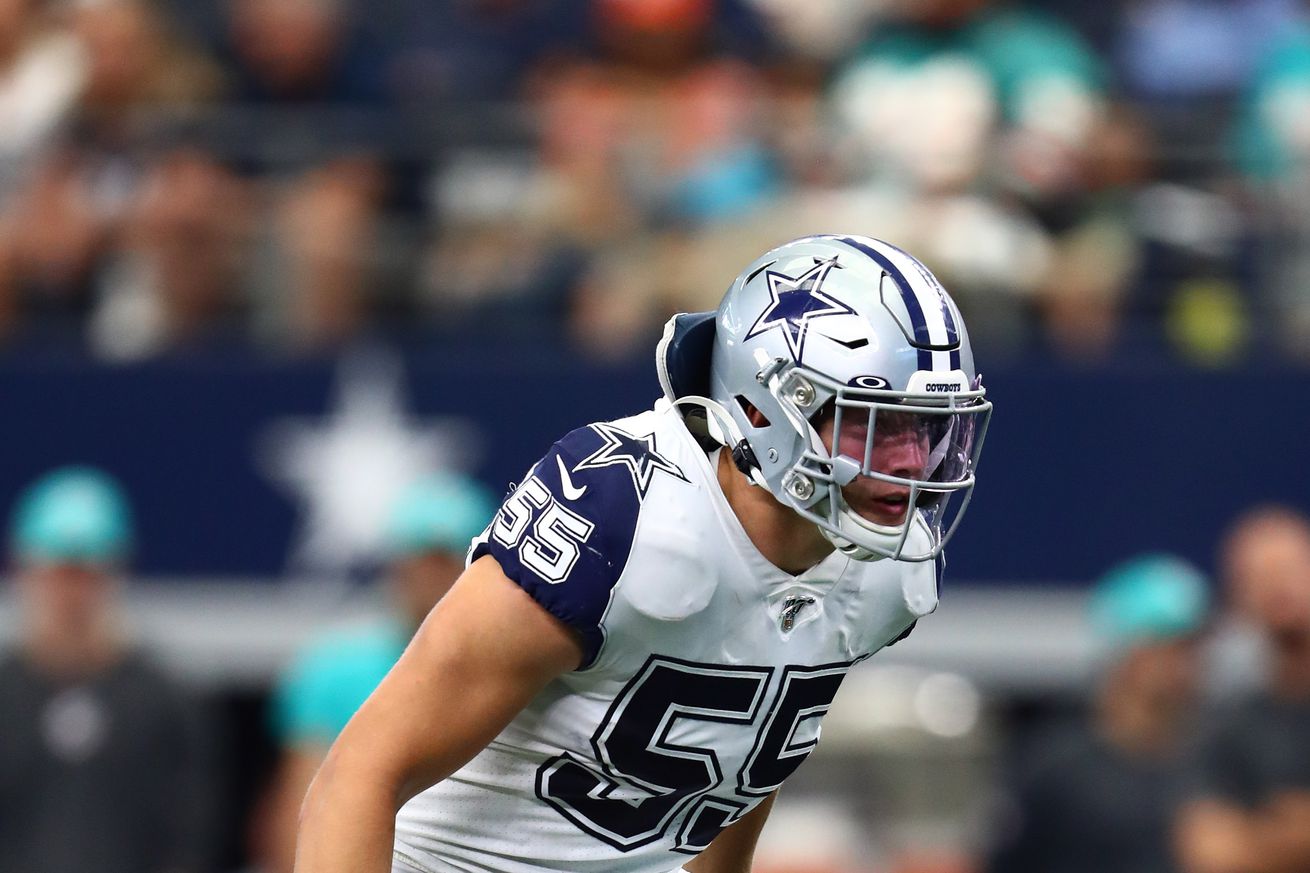 The final update for the Cowboys as they prepare for the Giants.

The Cowboys could be without a couple of starters as they prepare to play the New York Giants on Monday night.

They will definitely be without backup offensive tackle Cameron Fleming; his calf injury kept him from practice all week and he has been ruled out.

Both linebacker Leighton Vander Esch and cornerback Anthony Brown are listed as questionable. They both participated in all three practices this week but were limited each day.

According to sources, unless there is a rapid recovery by Vander Esch, he will miss the game.

Unless things change rapidly, the Dallas Cowboys will be without linebacker Leighton Vander Esch for Monday night’s game against the New York Giants, according to sources.

Vander Esch suffered a neck injury in the Oct. 20 win against the Philadelphia Eagles and the hope was that the bye week would give him time to recover, but he continues to have soreness and range-of-motion issues. He went through three limited practices during the week but did not take any team snaps.

If Vander Esch does miss the game, Sean Lee will take his place as he did in the Eagles game. Joe Thomas will also likely see more playing time.

Here is the full report for the Cowboys.

Probably the healthiest the Cowboys have been since the season started.

Cameron Fleming is the only player ruled out for Monday night’s game. Leighton Vander Esch and Anthony Brown are questionable. pic.twitter.com/lZaoiX3uPR