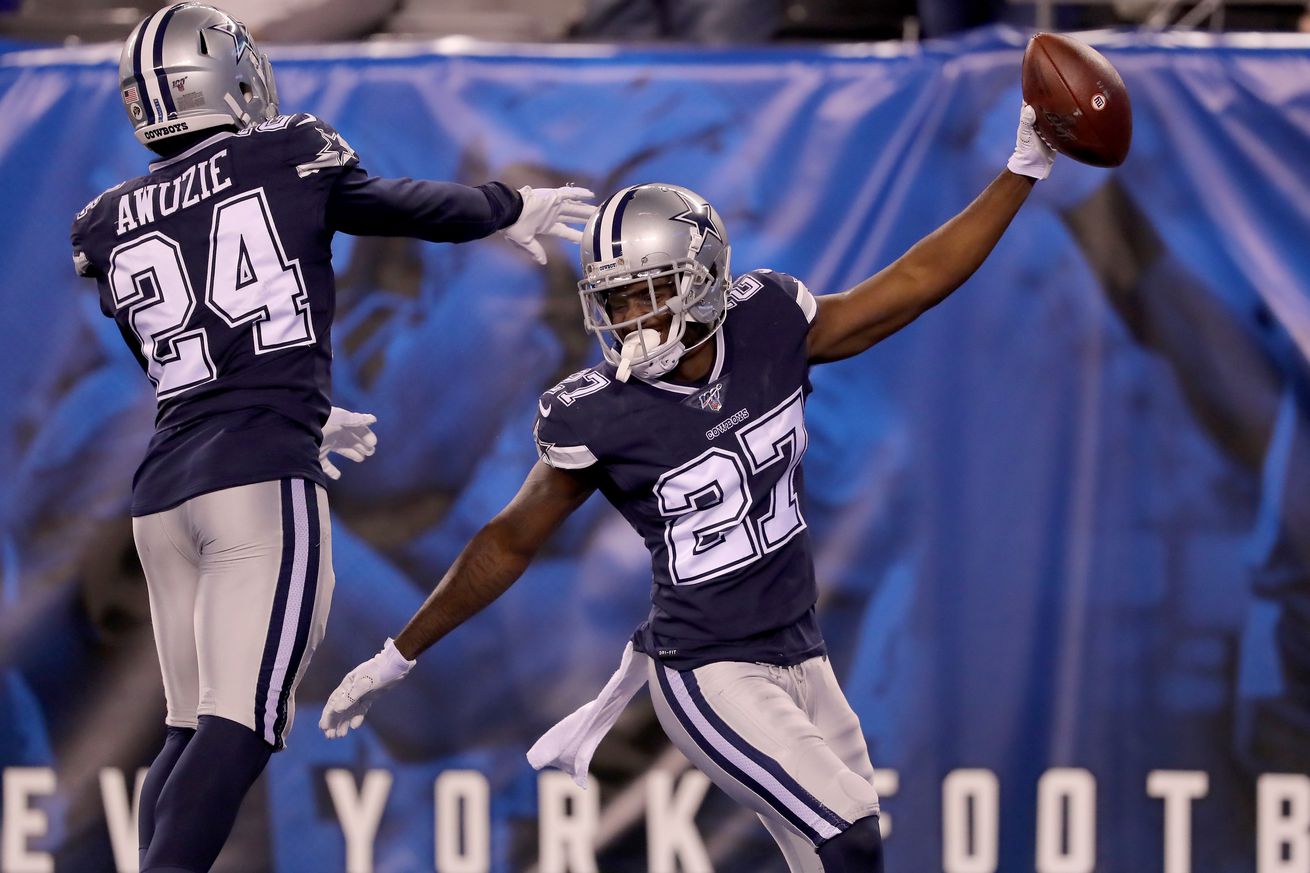 Here is where all 32 NFL teams stand.

We’ve officially reached double-digit weeks in the NFL season which is a hardcore reality check that things are flying by very fast.

The Dallas Cowboys have had their bye and played half of their games. They have a 5-3 record to show for their work to this point and they’re currently riding a two-game winning streak. Life is good in November.

Where do the Cowboys rank among the rest of the NFL, though? Where does every team rank? We’ve got the answer for you right here in our weekly power rankings.

A new number one, the lone unbeaten!

Beating the Patriots puts them ahead of them. Lamar Jackson is unreal.

They’ll be back at the top soon.

If/when Drew Brees gets totally right they’re going to be even more dangerous.

It’s amazing what Andy Reid is doing with Matt Moore.

They lost to the Chargers, but flukes happen.

Best team in the NFC East.

Did the bye week totally fix everything? They’re a threat, but that division is tough.

Deshaun Watson is also in the MVP conversation.

They aren’t going to go away easily.

The enemy of this week.

There’s a lot of fight there, but they keep having steep mountains to climb.

It feels like the Cam Newton thing still isn’t being talked about enough.

Hot and cold for always.

It looks like they’re starting to find themselves, even in losses.

What a weird season.

Brandon Allen will save everything.

They beat the Packers!

They put up weird fights at weird times. Hard to make much of them totally.

They made Monday night a fight.

Will they get the number one pick?

They lost to the Dolphins.

No change despite another divisional win from the Cowboys.

ESPN’s Monday Night Football crew presupposed that the black cat that ran on the field at MetLife Stadium was a sign of bad luck for the Cowboys. In truth, the feline’s impromptu arrival coincided with Dallas waking up from a slow start. The Cowboys scored 10 points in the final minute of the first half, then turned it on against an overmatched Giants defense en route to a 37-18 win. It was another big day for the Big Three: Ezekiel Elliott ran for 139 yards, Dak Prescott threw for 257 yards and three scores, and Amari Cooper broke the game open with a 45-yard touchdown in the fourth quarter. On defense, Sean Lee delivered a turn-back-the-clock performance with a game-high 12 tackles in place of injured star Leighton Vander Esch. The NFC is a loaded conference, but the Cowboys look like a team ready to make a run.

The Cowboys simply can’t take the ball away enough, even factoring in the three turnovers they caused Monday night against the Giants. The only team with fewer interceptions and a winning record is New Orleans, but there can only be one exception to a rule. This isn’t simply a 2019 problem. It’s been an issue for years. Because of the lack of takeaways, the offense has to drive the length of the field far too many times. It rarely gets easy points. New England leads the NFL with 19 interceptions. After Monday’s game against the Giants, the Cowboys have only 23 interceptions in their past 36 games. — Todd Archer

No change here either.

From a quick glance at the score, one would think the Dallas Cowboys dominated the New York Giants on Monday night. And in some respects, they did. The defense forced three turnovers, notched five sacks and returned a fumble for a score.

But while the Dallas offense amassed 429 yards of offense, Dak Prescott threw a pair of 40-plus-yard touchdowns and Ezekiel Elliott topped 100 rushing yards, it was a game in which the Cowboys started sluggishly on offense, made far too many unforced mistakes and led by just a point at the half.

That a black cat ran on the field at MetLife Stadium in the second quarter was fitting. It was a contest with a weird vibe.

We’re bringing Yahoo into the mix. They’ve got the Cowboys as a top 10 team.

It gets pretty tough for the Cowboys over the next seven weeks. That’s why they needed that win over the Giants. It was in doubt for a while, but Dallas ended up handling business.

Tied for the highest on the Cowboys.

It wasn’t always pretty against the Giants, but the offense came alive. That’s two games in a row heading into a big one against the Vikings defense.