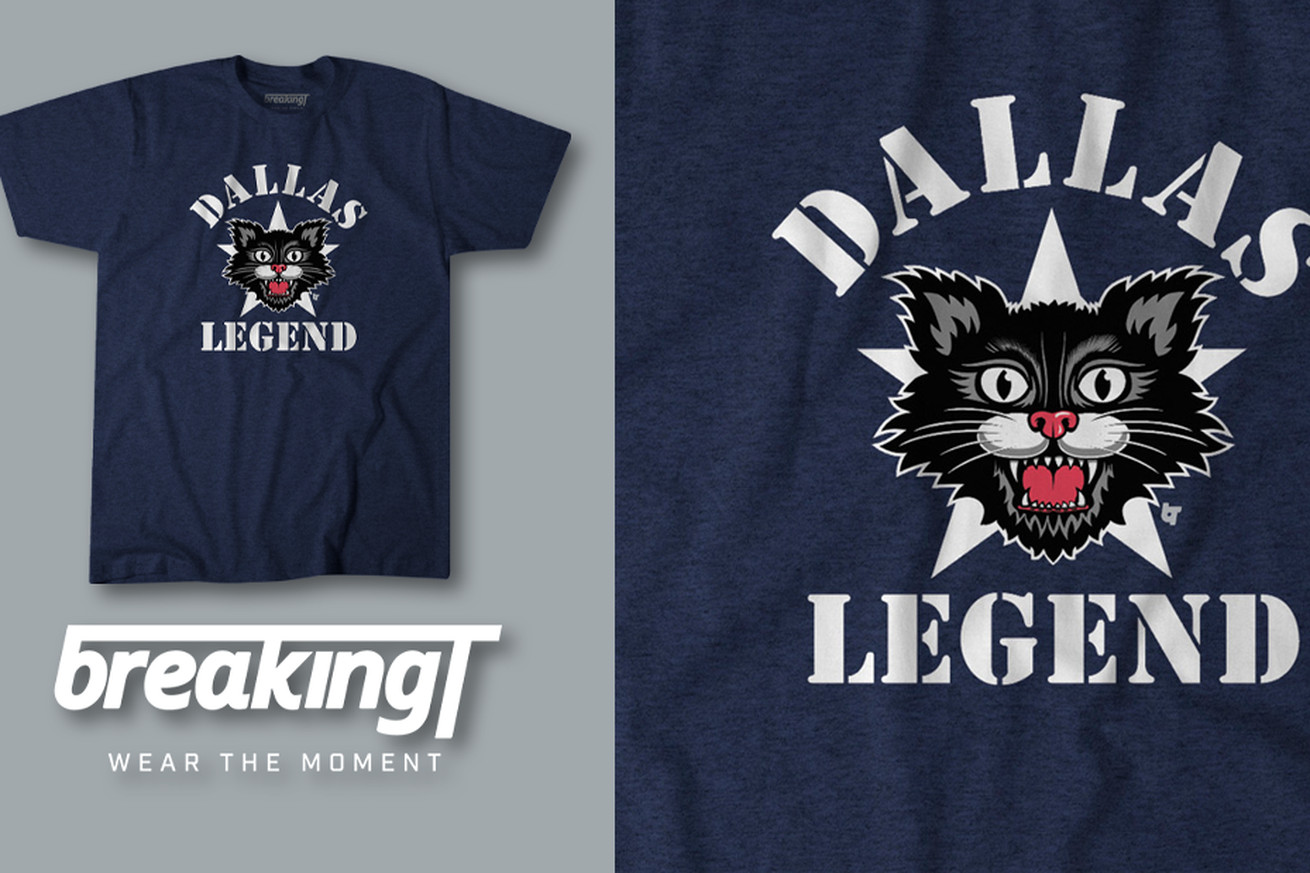 The Dallas Cowboys won on Monday night, but more importantly a pop culture phenomenon was born. You know what I’m talking about – Black Cat.

If you somehow missed it, a black cat, as in literally a black-colored cat, stormed its way onto the field at MetLife Stadium during Monday night’s game between the Dallas Cowboys and New York Giants. The game had to be halted while security (?) did what they could to remove the feline, but the world was captivated. Listening to Kevin Harlan’s call of the moment is amazing.

Cowboys fans everywhere have fallen in love with the black cat that brought them good luck despite that type of creature typically bringing the opposite to those whose paths it crosses. Amari Cooper, Jerry Jones, and Jason Garrett all laughed/joked/spoke somewhat seriously about the cat; it was the type of thing you remember in the middle of football season for crazy reasons.

If you wanted some way to memorialize the event, our friends at BreakingT have come up with the answer that you’re looking for. You can now get the t-shirt that immortalizes “Dallas Legend” which might be a fitting name for our furry friend.

BreakingT has sizes ranging from small all the way to triple extra large so there are plenty of options. If you do end up purchasing one make sure to send us a photo on the Blogging The Boys Twitter, Facebook, or Instagram accounts so that we can show everyone how good you look.