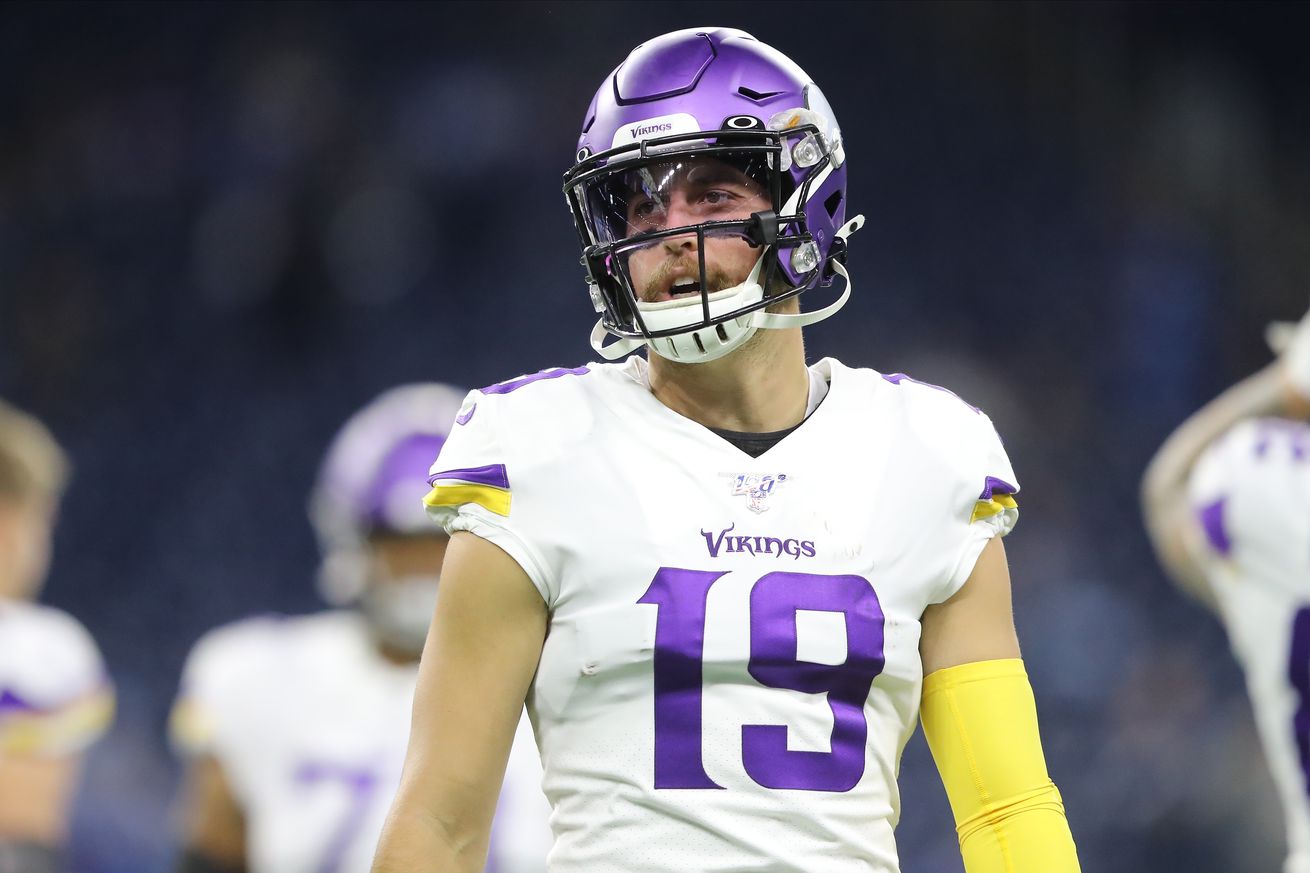 The Cowboys might catch a break on Sunday night.

The Dallas Cowboys just played their Week 9 game, but since it was on Monday Night Football their week is one day shorter before playing again.

Looking ahead to Week 10, the Cowboys will take on one of the NFC contenders in the Minnesota Vikings. We’ve seen Minnesota’s offense look fairly explosive at different points this season and while a lot of that has been running back Dalvin Cook, Kirk Cousins has managed to put together a legitimate aerial show in his second season there (as shocking as that is).

Part of this is obviously due to the wide receivers in Minnesota, a pair that many people believe might be the best in the league. Stefon Diggs and Adam Thielen have been so great for the Vikings for some time now, but it appears that the latter is going to miss Sunday’s game at AT&T Stadium.

#Vikings WR Adam Thielen’s strained hamstring is no worse after his brief appearance in KC, I’m told, but he’s unlikely to play Sunday against the #Cowboys. Could feel it pulling and need to calm it down. Note: Bye is 2 weeks away and team errs on the conservative side.

Thielen missed most of Minnesota’s Week 7 game against the Detroit Lions and all of their Week 8 contest against the Washington Redskins. The latter game took place on Thursday Night Football and those quick turnarounds are always tough for players hurt on a Sunday.

The star wide receiver attempted to return this past Sunday when the Vikings visited the Kansas City Chiefs, but he took himself out after just seven snaps. His injury must be severe if he took himself out that early and if he’s essentially being ruled out already on Tuesday.

It appears that Minnesota will be without him once again. In their last two games the Vikings haven’t shown the same offensive prowess that they did earlier in the season, largely because Thielen is so good. It’s huge that he will likely miss the game against the Cowboys.