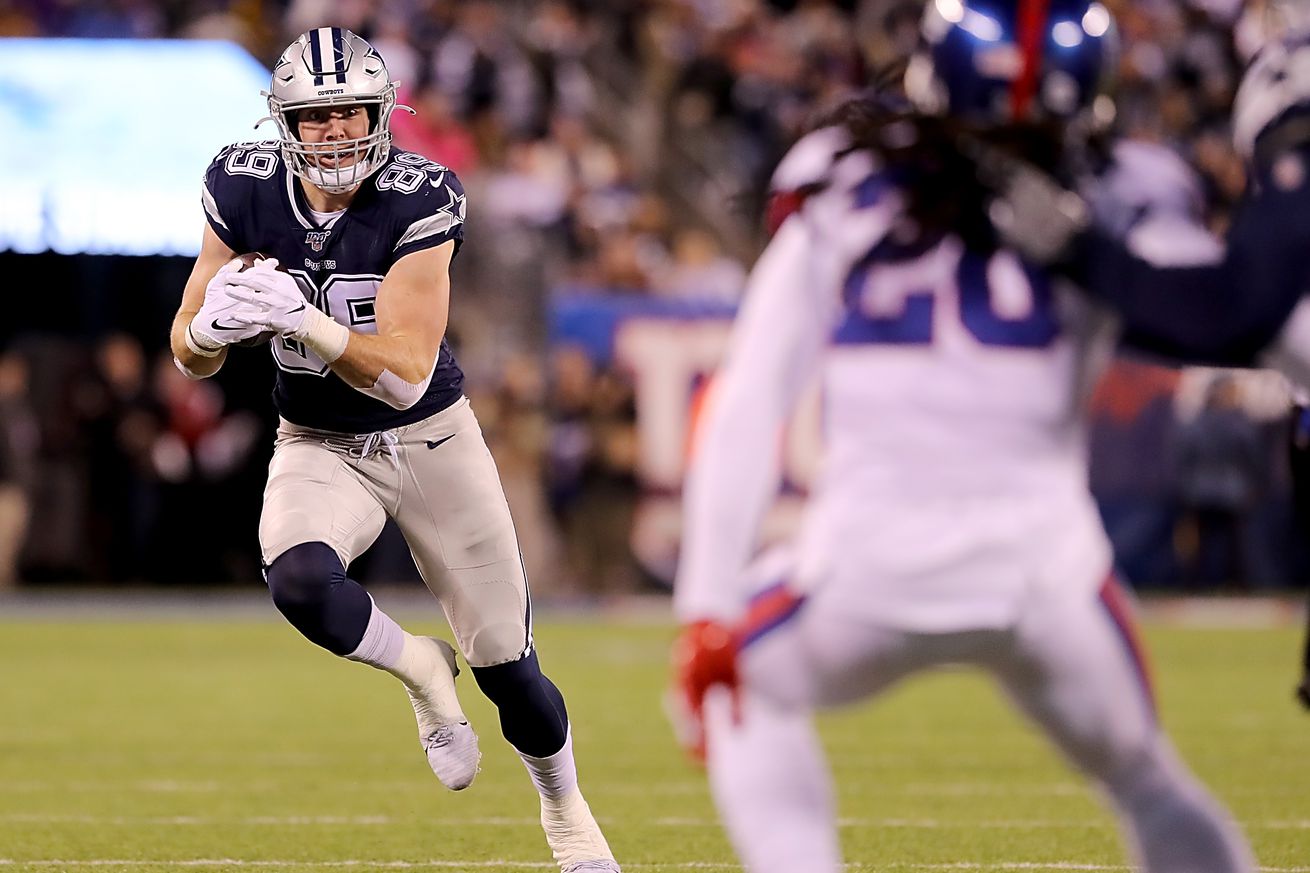 The New York Giants gave the Dallas Cowboys a fight in the first half of Monday night’s game, but the better team won in front of the world (and the Black Cat).

Trailing late in the second quarter, Dak Prescott threw a touchdown pass that set the tone for the rest of the night and did it in a way that only a playmaker like Prescott can.

Down by nine points with just over a minute left in the half, the Cowboys were in second and 10 on the NYG 42-yard line. They came out in a trips formation with three receivers spread out to the right and tight end Blake Jawrin spread out to the left.

On the snap, Jarwin runs a mesh concept, crossing the formation underneath the crossing route of wide receiver Tavon Austin. All the while Amari Cooper and Ventell Bryant push the secondary deeper.

Prescott drops back into the pocket, but is pressured and forced to escape. He scrambles to the right getting Giants linebacker Alec Ogletree to evacuate his coverage responsibility. Then he finds Jarwin for a short pass in the flat.

Ogletree should be at Jarwin’s hip to make the tackle or at the very least push him out of bounds, but because the threat of Prescott running the ball drew him up field, he is out of position.

With Ogletree and a slew of Giants in hot pursuit, Jarwin turns and runs up the field.

Only two defenders are in front of Jawrin, but Cooper and Bryant pick up key blocks allowing Jarwin to get into the endzone.

This was a huge play and although it did not give the Cowboys the lead, it caused a major shift in momentum that ultimately led to them winning the game.

Key factors in this play include Prescott’s ability to escape and influence coverage with his athletic ability and downfield blocking by wide receivers.

This was an excellent effort by Jarwin, Prescott, Cooper, and Bryant and is this week’s Cowboys Play of the Game.