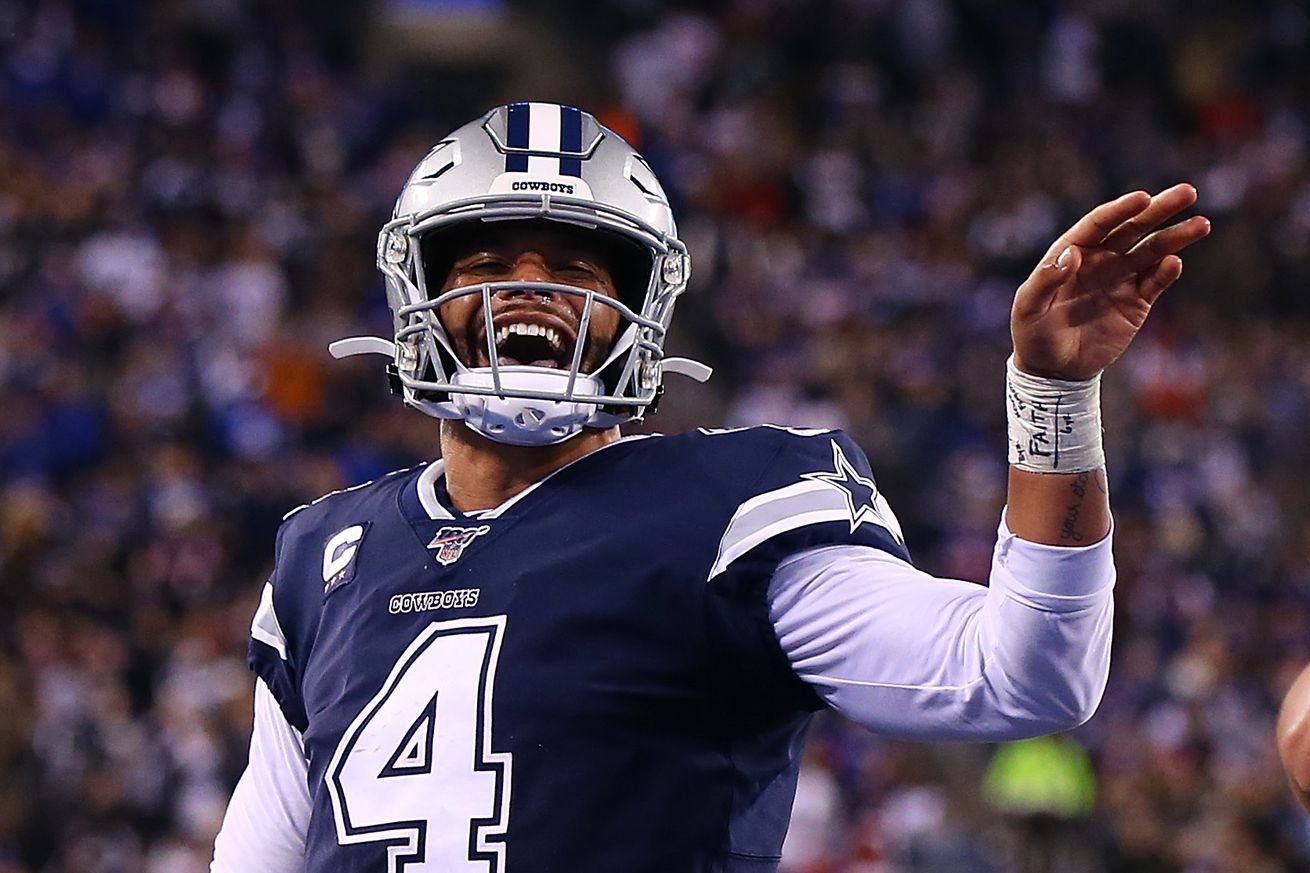 It’s a stark turnaround for the Cowboys offense.

It’s true. The Cowboys have the most successful offense in the NFL. How do I know this? Well, Warren Sharp (@SharpFootball) has a website where he tracks many things, including “success rate”.

For the uninitiated, “success rate” in the NFL is defined as:

Using those simple rules Sharp has tracked every play from the last few years in the NFL, and uses the numbers to determine the success rate of each team.

In fact, the data is broken down by down and whether the team runs or passes the ball. Thus, we can see both how frequently each team runs (or passes) on first down, and how successful they are:

Right away we see some interesting results. It’s no surprise to see Dallas runs the ball more often on first down than others around the league. A couple thoughts:

Here we see Dallas actually throws the ball on second down at a higher than average rate. We also see the Cowboys are much more successful than league average both running and throwing the ball. In fact, the Cowboys rank first in the league in both run and pass success rate on second down; and that, of course, means their 59% overall success rate also tops the league.

One thing to keep in mind is while first downs almost always require 10 yards for a first down, second down distances are dependent upon what happened on first down. Thus, the more successful a team is on first down can make it easier to then achieve success on second down.

Third downs are where games are won and lost in the NFL. If you can’t convert at a reasonably high rate you’ll struggle to score points and thus win games. Here we see:

Add it all up and the Cowboys have the most successful offense in the NFL. Look at the team’s consistency; 55% rate on all running and passing plays, so naturally a 55% overall rate.

You can see all the numbers here:

These impressive success rates have driven an outstanding offense. These are the team’s ranks in various categories:

Basically a top-five unit in every measure. The number one team in yards, yards per play and Football Outsider’s DVOA measure. Dallas fans should recognize we’re watching one of the best versions of a Cowboys offense in team history.

There are, of course, some caveats. Dallas hasn’t been facing a gauntlet of high-powered defenses; quite the opposite in fact:

Only three teams have any rankings of 10 or better. Six of the Cowboys’ opponents have been bottom-10 defenses. Still, when you’re putting up 400+ yards and 30 puts on a routine basis, it really doesn’t matter who the opponent is.

We’ll dig into the game-by-game results in part two of our success rate analysis.