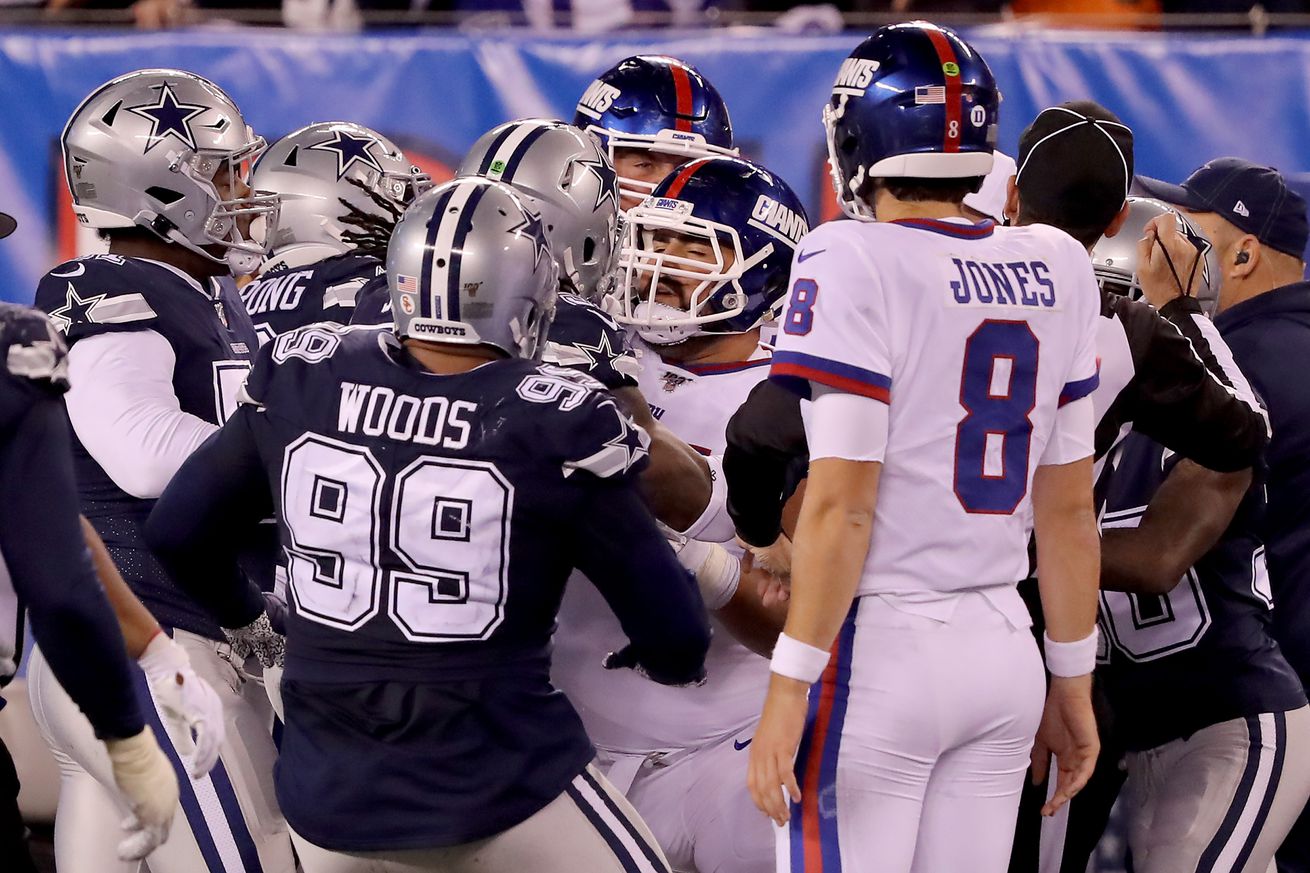 The NFL came calling for some Cowboys money.

The Dallas Cowboys were victorious against their division rivals on Monday night, but things were a little dicey against the New York Giants. Of course things were close on the scoreboard for a little while, but they were also a little contentious in some scrums. It felt like play after play there was some type of penalty and pretty often there was a Cowboys player being called for some sort of personal foul.

Unfortunately, those types of penalties have a price, a literal one on top of the yardage that your team is assessed. Four different Cowboys were fined as a result of their actions on Monday night and the total sum exceeds $73k.

There were plenty of Cowboys fans who took issue with all of these penalties. It feels like things are starting to reach a boiling point when watching an NFL game as penalties are happening all of the time. Even FOX analyst (and former Cowboys quarterback obviously) Troy Aikman was fed up at one point on Monday night.

Hopefully the second half of the season for the Cowboys is more penalty-free.