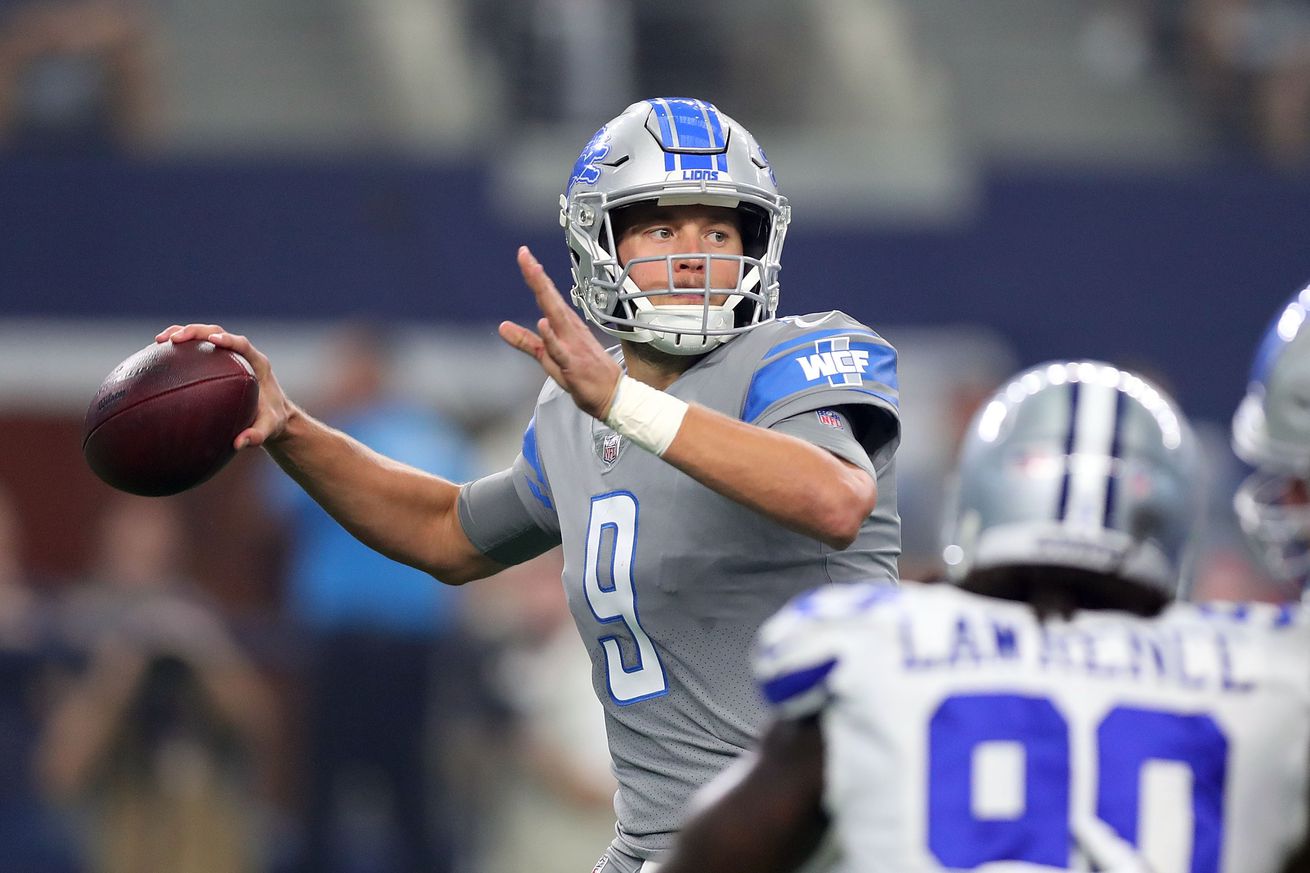 The Dallas Cowboys play the Minnesota Vikings on Sunday, but as you know, there are a lot of variables to a football season. While the focus is clearly on the Vikings, you’re always cognizant of different factors that could play a role to either hinder or benefit the Cowboys. One such factor emerged on Sunday morning when ESPN reported that Detroit Lions quarterback Matt Stafford would be sidelined for today’s game against the Chicago Bears due to fractured bones in his back.

Stafford, who was regarded as someone who couldn’t stay healthy for the early parts of his career, will see his streak of 136 consecutive starts come to an end. It is currently the second-longest in the NFL among active quarterbacks to put that in perspective. What’s more is that the injury could keep Stafford out for longer than just Sunday’s game, and the Dallas Cowboys visit the Detroit Lions next week.

Stafford was practicing Friday and throwing 60-yard passes, but doctors wanted him to have further testing on this painful back injury, according to multiple sources.

Stafford is now considered week to week with an injury that one source said could sideline him for “this week or 3 weeks.” Stafford had started 136 consecutive regular-season games entering Sunday, the sixth-longest streak for a quarterback in NFL history.

According to ESPN this is an injury that dates back to last season for Stafford and it almost kept him out against the Kansas City Chiefs this season. Obviously it’s something he can manage, he’s pretty tough to be playing through something like this, but given that it’s reached the point that he has to miss a division game, it’s obviously serious.

To be clear we are never rooting for or celebrating injuries, but with the Cowboys visiting the Lions next week this will obviously be something to keep an eye on. Dallas and Matt Stafford have always had an interesting connection as matchups between the two have been devastating for Cowboys fans at time and gut-wrenching for Lions fans at others (like in the 2014 Wildcard Round).