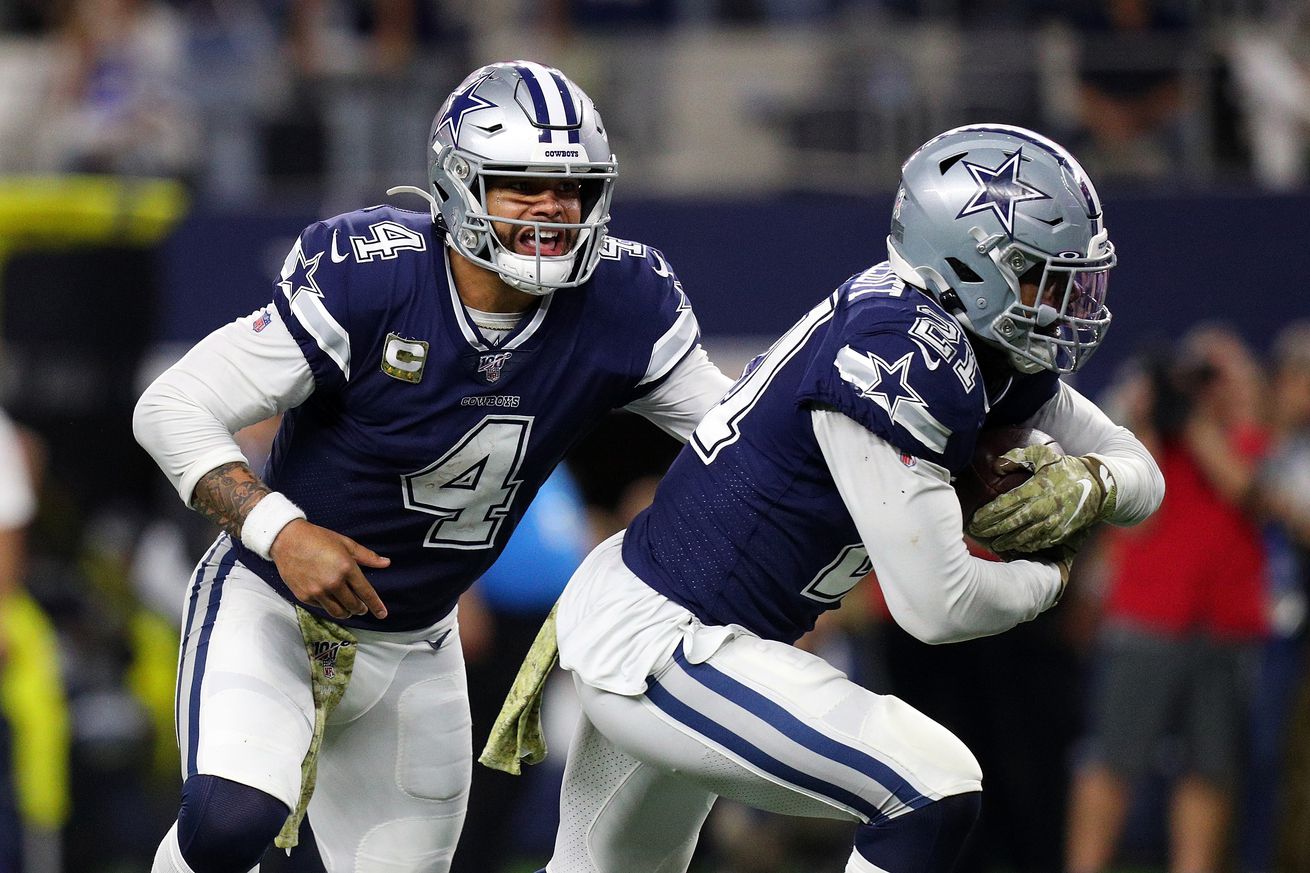 It’s hard to understand what Dallas was doing.

For the next week everybody you know is going to be talking about one thing: Why did the Dallas Cowboys run the ball twice near the end of the game against the Minnesota Vikings?Dallas was down by four points and needed a touchdown. After driving almost the entire field they were facing a first and 10 situation from the Minnesota 19-yard line coming out of the two-minute warning. A quick completion to Amari Cooper picked up eight yards. Things were rolling.

At this point, on this drive specifically, Prescott was six of seven for 79 yards passing and Elliott had one rushing attempt for four yards. With a second and two situation the Cowboys decided to run the ball. When they didn’t pick up any yards, they ran it again. Seriously.

This is going to be a massive talking point all week long. Naturally, the team was asked about it in the aftermath, and Dak Prescott offered this explanation.

Dak Prescott indicated after the game that the strategy in running Ezekiel Elliott at the end of the game was to make sure they didn’t leave too much time on the clock for the Vikings. He’s refused to question the play-calling on a couple of occasions.

This is a hard explanation to take in. The Cowboys were trailing by four points at the time, they had to have a touchdown or they would lose the game. While it does make some sense to consider the clock situation if you do score (especially given that the Cowboys defense didn’t exactly show up against Minnesota), that is still an if.

The number one priority in this situation, heck priorities number one through 100, should be scoring the touchdown. Considering the game clock in a hypothetical situation can’t be something that dramatically affects your thought process at this point in time. It just can’t.

What’s more is that I understand if you do buy this logic to some degree, because there is some logic to it. Wanting to drain the clock might make sense however it doesn’t explain why the Cowboys would run the ball two times in a row. Doing it once in the name of draining the clock and considering it a victory that Minnesota didn’t call a timeout is one thing, but repeating the process is another one entirely.

What’s more is that this was a critical third down. By calling a run you’re putting yourself in a situation where if you do not convert you’re then limiting yourself to just one play to keep yourself alive in the game. You have to convert that first down rushing and guess what? For the third time in Dallas Cowboys franchise history they went an entire game without converting a first down on the ground. That means running it was probably not the wisest move.

This stat compliments of @dcstats. Sunday night’s game was only the 3rd time in franchise history the Cowboys failed to pick up a 1st down rushing.

There’s no excuse for running there two times in a row. None. The Cowboys had seen Dak Prescott, Amari Cooper, Randall Cobb, and Michael Gallup all play out of their minds. Ezekiel Elliott had been limited by the Vikings for a majority of the game. Trying to run the ball while thinking about being ahead when they were not was a galactic mistake.