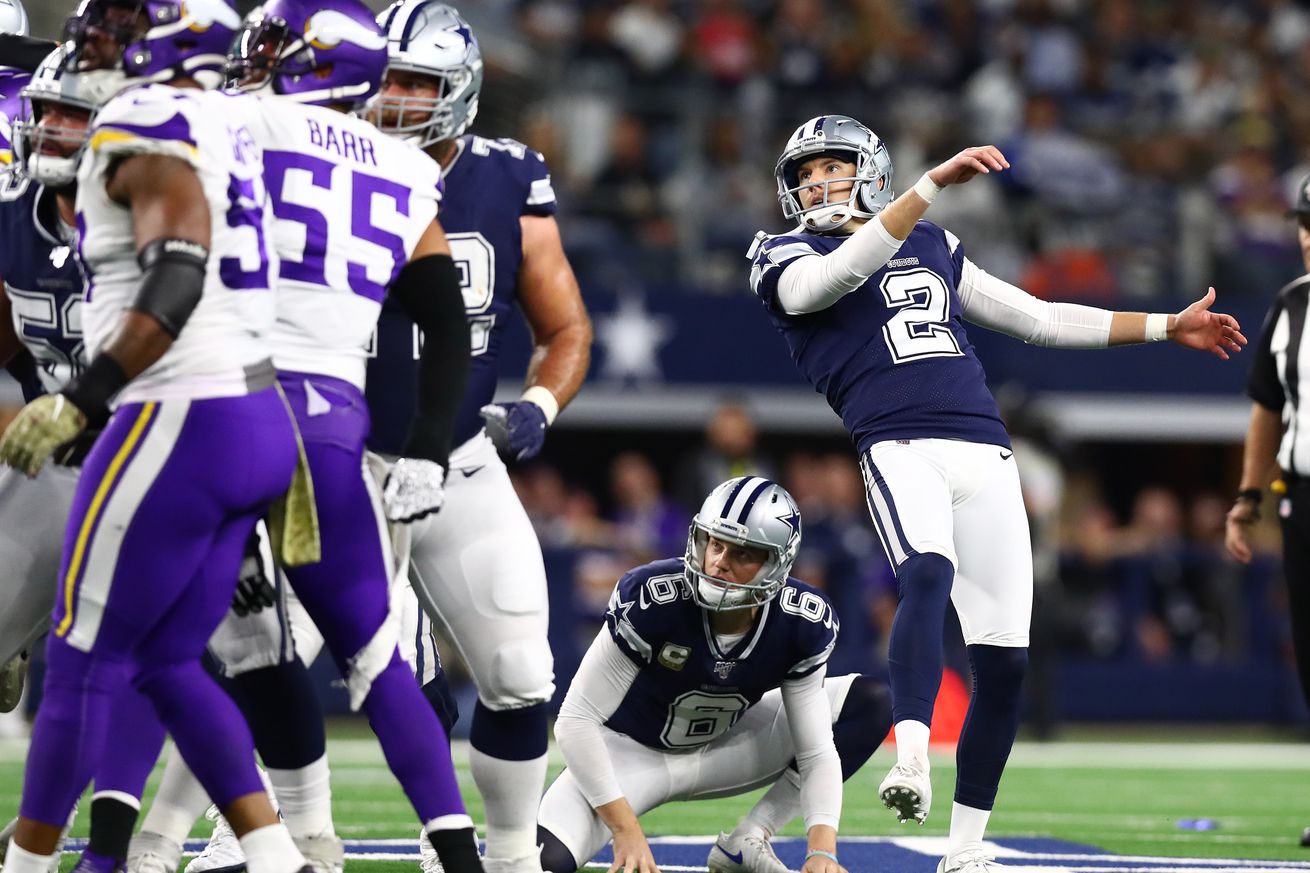 It was just one, maybe two more yards for Brett Maher’s range.

The Dallas Cowboys tried a 57-yard field goal on Sunday night against the Vikings. That’s not a huge deal considering that their kicker is Brett Maher and he specializes in downtown field goal attempts.

What people took issue with was that this was the first offensive possession of the game for the Cowboys. On fourth and six it stands to reason that maybe you would go for that, or worst case scenario punt. Trying a long field goal like that can yield three points, but it can also backfire and set up your opponent with a short field. That happened and the Vikings scored a touchdown.

So the Cowboys missed a field goal. Big deal, it happens. Obviously it’s not cool, but it’s part of the game. Moving on, though, two more possessions specifically, the Cowboys had a similar situation early on in the second quarter.

We talked about the first three possessions being quite disastrous for the Cowboys, but this one is particularly head-scratching. If you were comfortable trying the field goal about a yard further up two possessions prior, why not try it then? Points are better than no points, aren’t they?

Jason Garrett was asked about both the 57-yard attempt and the non-attempt two possessions later during his Monday press conference. Listen to these answers. They were about four minutes apart. We’ve transcribed them for you below.

Garrett defended the 57-yard FG attempt during his Monday press conference. He was firm in supporting Brett Maher.

4 minutes later he talked about how they didn’t go for it from one yard further two possessions later. This is wild.

On attempting the 57-yard field goal:

“Yea we just believe in our kicker. He’s made so many kicks for us. You guys have seen it. He’s just made a lot of big kicks for us and doesn’t seem to be phased by the distance. He’s got plenty of leg and there’s some arguments that he kicks the ball better from deep than he does short. So we just wanted to give him a chance. Felt good about the operation, felt good about our protection, to give him an opportunity to kick it. Unfortunately he didn’t make the kick.”

On not attempting a field goal from a yard further back two possessions later:

“It was actually in the opposite direction. It was a little longer. Typically his range is inside the 40-yard line. That’s an area where we think, and I think that was just outside the 40, so it was probably one and a half, two yards difference between the two. So we just felt like in that situation it was good to trap them down there. I thought we did a good job on both of those redzone punt opportunities. Chris did a good job hanging them and our flyers did a good job getting down there. They had drive starts on the -10 and the -6 the two times we did that. So that worked out well for us.”

How do you go from Brett Maher not being phased by the distance to being so hard and unforgiving with a rule that one and a half to two more yards pushes you into a decision to punt? We’re not talking about a 63-yard field goal and then adding a yard or two, we’re talking about two attempts that are within Maher’s range.

It’s hard to understand why the Cowboys chose to punt on their third possession. Doing so from the opponent’s 40-yard line is very frustrating. Nevertheless that’s what they did, but what’s even more difficult to understand is the explanation behind it.