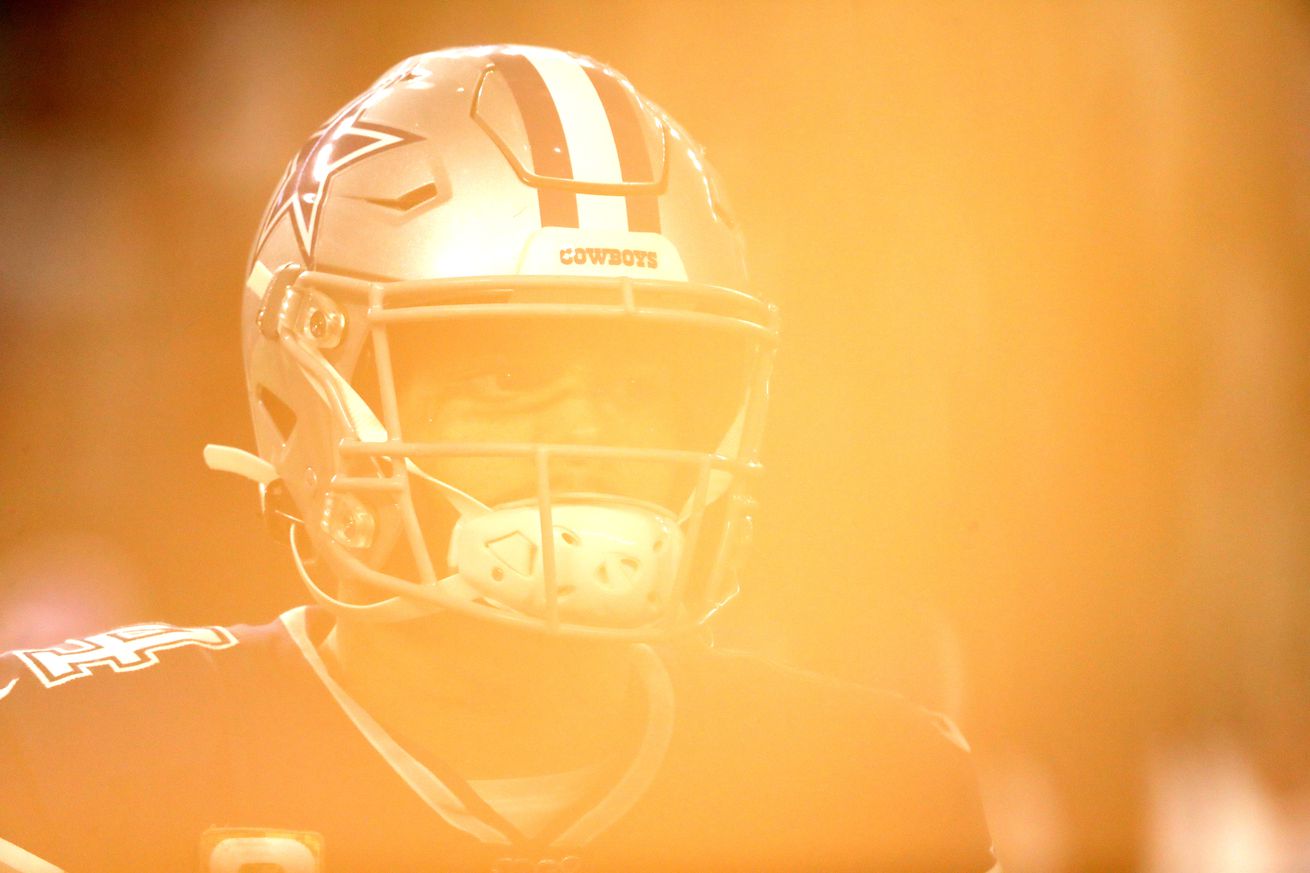 It’s time for the Cowboys to be happy, pass happy.

Imagine this scenario – it’s 2nd-and-2 at the 11-yard line. There’s just 1:33 left in the game. The offense is coming off of four-straight possessions where they’ve scored, totaling 24 points. On their current possession, they’ve just traveled 83 yards on eight plays in just three minutes. And, oh yeah – they’re the no. 1 offense in the league in terms of yards gained. You gotta be feeling pretty good, right?

Unfortunately for the Dallas Cowboys, they couldn’t get those two yards they needed to get the first down after three failed attempts. And just like that, the feeling of triumph that would’ve accompanied such a nice comeback win was replaced with sadness and despair. Alas, the team has let us down. Again.

We can look at that sequence of plays and let those instances be the barometer of how good we should feel about this football team. Or we could step back and take a different look at how we evaluate this group. This Cowboys team is really good at moving the football. The numbers don’t lie. But what this team has failed to do is move the football when it counted the most. They couldn’t get two yards on Sunday night against the Minnesota Vikings, but they also couldn’t convert a two-point conversion against the New York Jets. They had time left against the New Orleans Saints, but failed to make the plays needed to get in field goal range for Brett Maher. And they absolutely unloaded on the Green Bay Packers defense for a ridiculous 563 yards, but kept giving the ball away, keeping them from turning those yards into points.

The Cowboys are losing games because there have been too many instances where the outcome of the game relies on a key play down the stretch, and the Cowboys aren’t making those plays. If the offensive line blocked a little better against the Vikings, Ezekiel Elliott pushes through for the first down and the Cowboys likely punch it in with very little time for Minnesota to counter. If Dak Prescott doesn’t get sacked deep in his own territory against the Saints, maybe they have just enough time for Maher to be the hero. And if they didn’t execute the worst two-point conversion attempt we’ve ever witnessed against the Jets, that games goes into overtime with Dallas having all the momentum.

But all those things did happen, and the Cowboys have been left on the short end of close games. Our good pal rabblerousr tried to warn us about it…

Cowboys are 7-2 in games decided by seven or fewer points. That’s about 2-3 wins more than should be expected. And, one could (and should) argue, is the key to this seasons success.

The Cowboys are 0-3 in those same types of games this season. Forget regressing to the mean; they’re now on the severely unlucky side of that statistic. Luckily for Dallas, they haven’t had a slew of those types of games. All five of their wins have been by at least double-digits with a couple of them being over 25 point blowouts.

It would be nice if the Cowboys could just roll everyone and avoid putting us fans through all the anxiety of a close game, but that’s an unrealistic thing to ask of them. What isn’t unreasonable; however, is if they could just maybe start out the game playing a little better.

Would you believe the Cowboys have trailed in seven of their nine games so far this season? Would you also believe that in every single one of their games this year, they’ve regrouped and outscored their opponent down the stretch to either come back and win or give them a fighting chance at the end of the game. Every game.

Looking at that, it’s obvious that it’s clearly not favorable to fall behind in 78% of your games. It’s also encouraging that they continue to fight in 100% of them to the point of putting together some very impressive swings. In four of those games, the Cowboys have swung the pendulum in their favor by a 25+ point difference. It shouldn’t be surprising that the Cowboys won all four of those games, and in two of them – they never trailed. If you look at those two games closely, you’ll still find a Miami game that sure felt like it started slow as well as Philadelphia game that featured two quick touchdowns aided by turnovers forced by the Cowboys defense.

A reoccurring theme in all of this is that the Cowboys offense consistently gets off to a slow start. This is nothing ground-breaking to any fan whose been watching them play this season, although it might be a little more apparent now as to just how much it’s happened. The more curious thing is – why is this occurring so much? Head coach Jason Garrett offered up this explanation:

Jason Garrett on the slow starts to games: pic.twitter.com/y2J8ZrEqEl

Are the Cowboys minds not right? Where are their spirits at?

While we can look at specific failed executions that have stalled drives, a better solution is to stop trying to execute the perfect balanced-attack drive, and do what you do best – pass the ball!

Dak Prescott is having a phenomenal season. Only Patrick Mahomes is averaging more yards per attempt than Dak this season. Prescott is averaging 308.6 yards per game, which is more than any quarterback in Cowboys history has ever averaged in any season of their career. That includes any season of Hall of Famer’s Troy Aikman or Roger Staubach as well as the record-breaking seasons of Tony Romo.

Not only do they have a great soon-to-be-rich young quarterback throwing passes, but they have one of the top receivers in the league catching them. Amari Cooper is a machine.

Week in and week out, Cooper delivers. Even the one knock on him (dropped passes) hasn’t been an issue as Cooper has one of the better catch percentages in the league.

The Cowboys need to come out passing the ball. This isn’t to suggest abandoning the run or becoming one-dimensional, but at least recognize how awesome this team is in the middle of football games and what they’re doing to be awesome. Stop waiting until they get behind to unleash the passing attack. Slow-grind running plays chew clock, and the clock has been the Cowboys enemy when they fall behind early. Instead, put the accelerator to the floor and see where it gets you. Use the pass to set up the run. Keep the defense on their heels by always having to respect the passing game. Get those defenders off Zeke’s backside a bit and utilize your offensive weapons in space.

The Cowboys know they can do this. Maybe that’s why there’s this smug confidence about “knowing who we are” and no glimmer of panic within the organization. When this team plays with this type of aggression, great things happen. So, why not do us all a solid and play like that out of the gate?