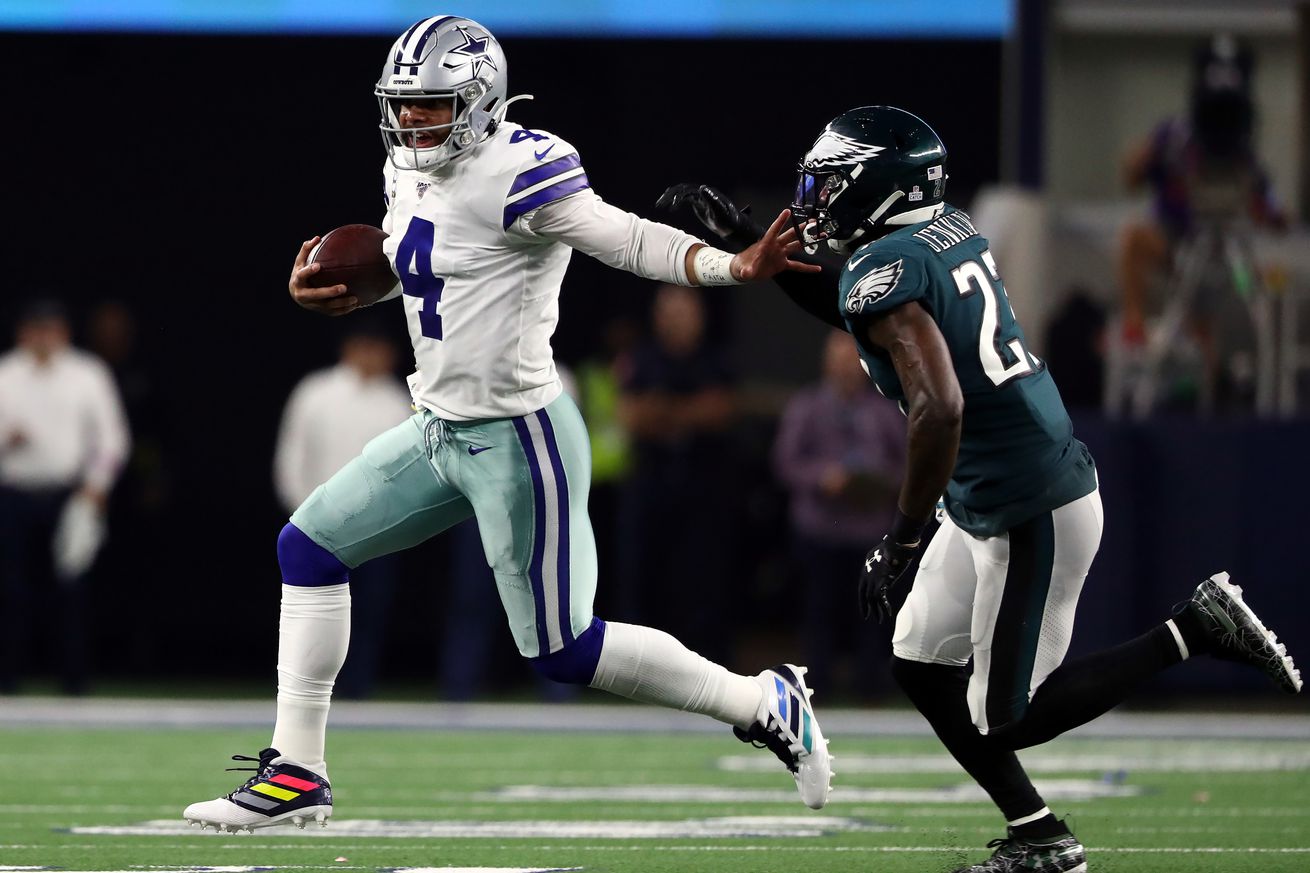 The lead-up to Thanksgiving is going to be critical.

There are two NFL weeks remaining before Thanksgiving Day. Time is flying way too fast. Nobody is flying in the NFC East as the Dallas Cowboys and Philadelphia Eagles are tied (Dallas has the tiebreaker currently) for the division lead with a 5-4 record beside each of their names.

There’s no denying that the Week 16 matchup between the two in the City of Brotherly Love is going to go a long way in deciding who gets some hats and t-shirts before the playoffs begin, but so will the next two weeks.

By now you’ve likely heard several people on whatever NFL talk show you listen to or watch note that the Cowboys have a tougher schedule than the Eagles do over the remainder of the regular season. It’s not easy for America’s Team, no doubt about that.

It’s likely going to take something like 10 wins for the Cowboys to properly defend last season’s NFC East title, and the game in Philadelphia will likely have to be one of them. Removing that you have to find four more wins for them along the road, Detroit and Washington look to be half of that, on the road in Chicago could be an easier win than the others as well.

It’s true that the Eagles have a friendlier schedule than the Cowboys between now and the playoffs beginning. And while that’s true it doesn’t really begin for them until the Sunday after Thanksgiving.

The Cowboys have four games remaining against teams with winning records while the Eagles only have three. Of course, one for each is the game against each other and that means that Philly only has two contests left that appear difficult in the middle of November.

Those two contests are quite intimidating when you look at them. They’re the next two games for the Eagles, both at home, against the Patriots and Seahawks. The Eagles did beat New England in the Super Bowl two seasons ago, but that was a different quarterback in Nick Foles. This is the first time that Carson Wentz will have to face Bill Belichick.

While the Cowboys’ hopes of winning the NFC East ultimately lie on what they’re able to accomplish themselves and not the help that they can get elsewhere, the reality is that what happens to the Eagles over the next two weeks is going to be critical. Personally I’d imagine that the Eagles split their next two games and the Cowboys have an opportunity to beat the Lions before they have to travel to take on New England themselves.

Just imagine for a second, though, that the Eagles drop both of those games. It’s not inconceivable to see Philadelphia losing to New England and Seattle after all, right? That would put them at 5-6 entering Thanksgiving and considering the Cowboys have New England themselves soon we should assume that as a loss for them as well, but they should beat the Lions (cue everyone saying “I don’t know if this team can beat Detroit!”).

That means that we would be entering Thanksgiving with Dallas a game and a half (by virtue of the tiebreaker that they hold) advantage over the Eagles. Obviously there would be five left at this point and considering the Cowboys and Eagles play each other over that period, if Philly lost that game too (which we’re hoping for) that would be a difficult road for them to overcome.

Philadelphia is likely going to have to win their four games against the Giants (twice), Redskins, and Dolphins to have a chance. If they’re able to win one of their games over the next two weeks that will further their cause all the more, and if they beat the Cowboys in the regular season’s penultimate week then things would certainly be looking good for them.

These next two weeks are the only non-Cowboys games remaining for the Eagles that look like guaranteed losses. It’s going to be important for the Cowboys to win every game that they can, especially if they can beat Detroit (a team that Philly lost to) and New England (a team we’re assuming Philly will lose to), but any help they pick up along the way will be paramount.