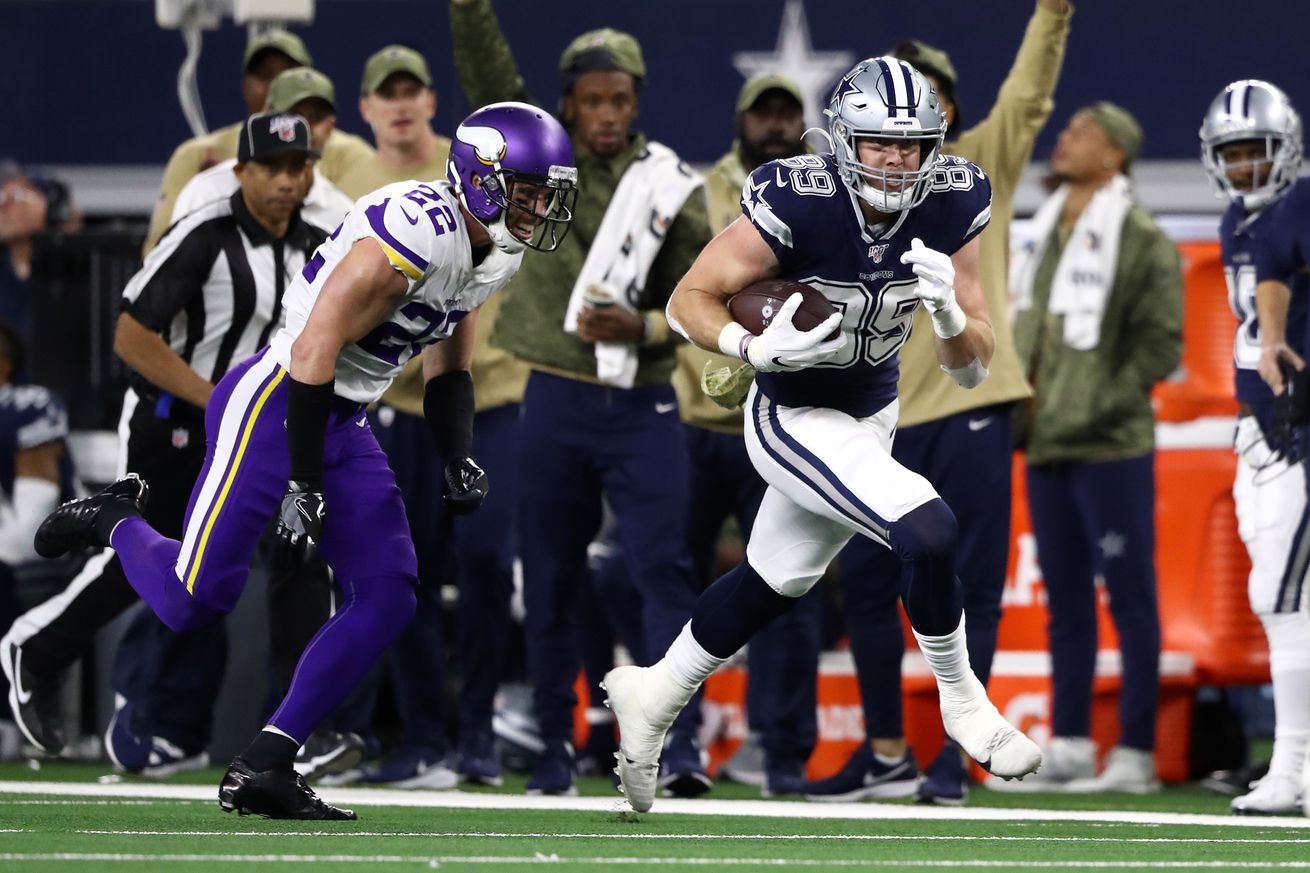 The Dallas Cowboys have one of the best offenses in the NFL. Football Outsiders has the Cowboys offense as number one in DVOA through Week 10 and that’s no small achievement. We’ve seen America’s Team operate quite efficiently when they’ve had the ball through nine games and there’s a lot of credit to go around.

Of course things ultimately start and end with the quarterback and Dak Prescott is playing the best football of his career. It certainly helps that Amari Cooper, Michael Gallup, and Randall Cobb are all contributing to a great degree, it’s been a long time since Dallas had this reliable of a trio at wide receiver.

Getting legitimate production from a tight end sure would be nice and while it was thought at season’s beginning that Jason Witten might have really found the fountain of youth in his return, he’s been his usual self. That’s not meant as a slight against Jason Witten by any means, but it’s universally known that he’s not the player today that he was in his prime. That’s to be expected.

Dallas got some great production at the end of last season from tight end Blake Jarwin, so much so that some people were actually troubled by Witten’s return. It’s always a tough thing when you have promising players rising on your team as it presents a conflict with your older veterans. We have seen that play out on the other side of the ball with Leighton Vander Esch and Sean Lee for example.

The difference in that situation is that LVE is the starter and priority for the Cowboys where Sean Lee is more of a situational player to complement him. It would be great if we saw those be the defined roles for Jarwin and Witten respectively, but the Cowboys just aren’t treating tight end that way to this point in the season.

The fine folks over at Inside Edge provided the world with an interesting statistic on Friday morning. Blake Jarwin is doing quite well as a tight end this season, and Dak Prescott is targeting him deep downfield.

That is the best in the NFL of 42 qualified tight ends. League average is 7.5.

Essentially, on average, when Dak is targeting Blake Jarwin there’s a move of the chains on the line. That’s pretty good for any pass catcher let alone a tight end. Jason Witten has always been good at picking up first downs, but in the later years of his career that hasn’t happened as often.

Jarwin could be the future at tight end for the Cowboys, maybe that future is now. Even though their offense is already very good, adding more is never a bad idea.