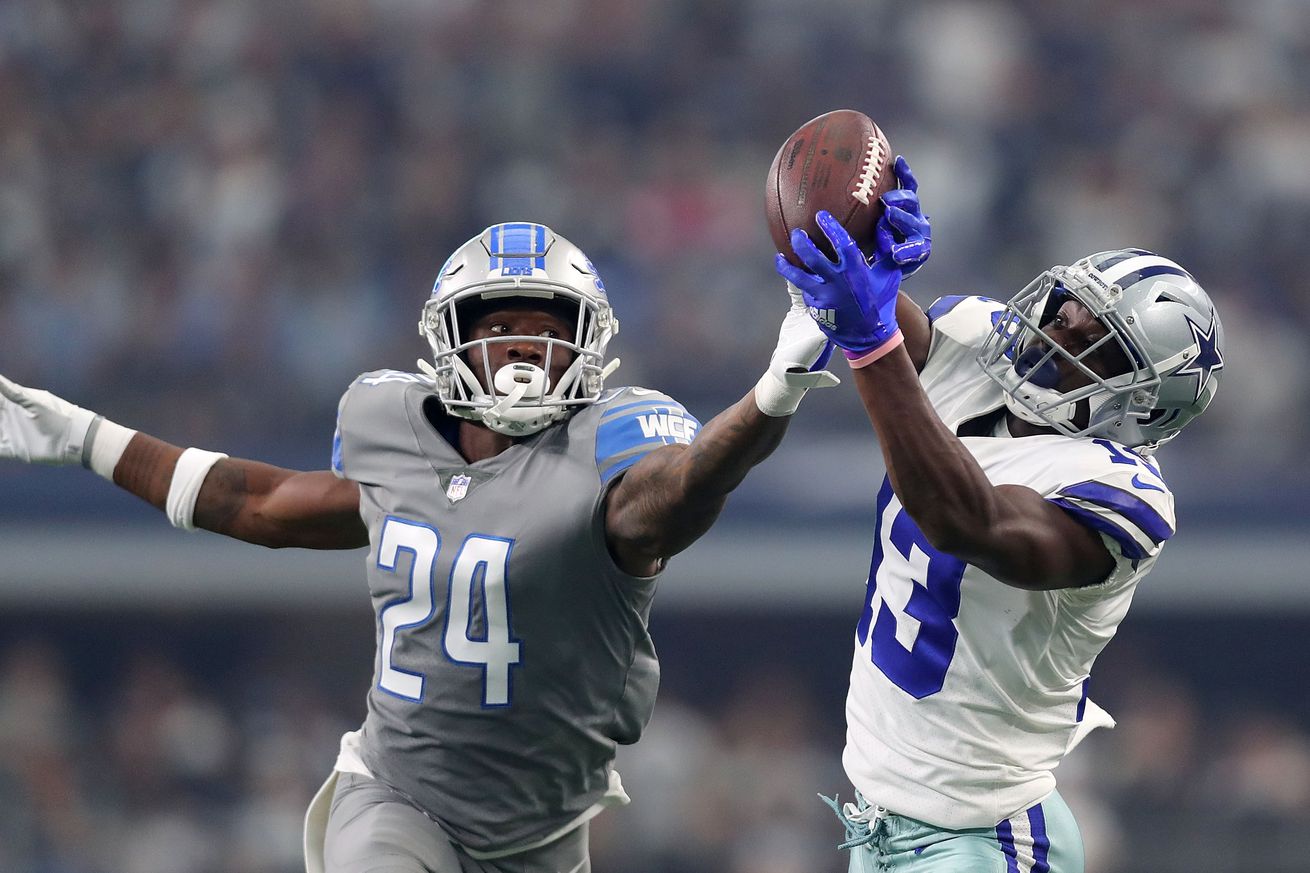 Big games call for big plays, but who’s going to make them on Sunday?

The Dallas Cowboys are 0-2 against the NFC North this year, but they are hoping that losing streak comes to an end as they head to Detroit to face a struggling Lions team. How sweet it was that Detroit gave the Philadelphia Eagles a loss early in the year, but now they are without both their starting quarterback Matthew Stafford and running back Kerryon Johnson.

Those guys being unavailable certainly makes things a little easier for Dallas, but the Cowboys haven’t been able to capitalize from those advantages against the other teams from the north. Green Bay played without Davante Adams and Minnesota didn’t have Adam Thielen, yet the Cowboys suffered home losses to both of those teams this season. Those guys are big name players who can swing a game, but who will those players be in the Lions game?

Sometimes it comes down to one play. Last year, it was an over the shoulder reception by Ezekiel Elliott that helped the Cowboys beat the Lions. And sometimes it’s the plays that don’t stand out in the box score that end up making all the difference.

The front page writers provide their best guesses as to which players will be this week’s X-Factor player of the game.

Pollard’s use this year has been hit or miss. Basically they use him when the team is rolling offensively and they feel comfortable taking Zeke off the field (by contrast, when the offense is struggling they keep Zeke in for seemingly every play). I think the offense will move the ball and Pollard will get involved and again shine. Perhaps finally they’ll call a screen, he’ll catch it and it will be a big play. Wouldn’t that be nice.

Okay, to be honest, this is kind of a cheat, because if the Cowboys need someone to step up in a major way against a Lions team with no Stafford, things are pretty much over. But this is a chance for Thompson to stake a claim for retaining the starting job after Jeff Heath is back up to full speed. I think that really helps the team in the long run, so I will be keeping an eye on him.

The Lions have an utterly disgusting pass defense and have been carved up by anyone and everyone the last few weeks. With Dak playing on an MVP level this year, he should feast on this secondary, but the question is if Kellen Moore – who’s been noticeably more conservative in road games – will set him up to do so. If Dallas can avoid taking the ball out of Dak’s hands, they should roll to victory.

As my colleagues have pointed out, the Lions have an atrocious secondary but whatever they can drum up is going to focus heavily on Amari Cooper. This is a one of those opportunities for Gallup to explode after he’s already made big plays in consecutive games prior. There will be ample one-on-one opportunities for Gallup in this game and he’s shown that it’s a mistake not to pay attention to no. 13. Gallup is capable of a Cooper-type game, with over 100-yards receiving and two scores or more.

The Cowboys offense have a distinct advantage in this game as the Lions have so many holes on defense, so clearly it makes sense to pick an offensive player, right? Nope. I’m putting my eggs in the basket that says the Cowboys linebackers remind us just how good this group is. It’s been a down season for Van Jaylon, but look for them to administer some punishment on Sunday. After generating seven takeaways in their previous two games, the Cowboys defense came up empty last week. Look for them to have another multiple turnover game, led by Jaylon Smith. Swipe right for a defensive touchdown.

Who do you think will be the X-Factor in the Cowboys game against the Lions?