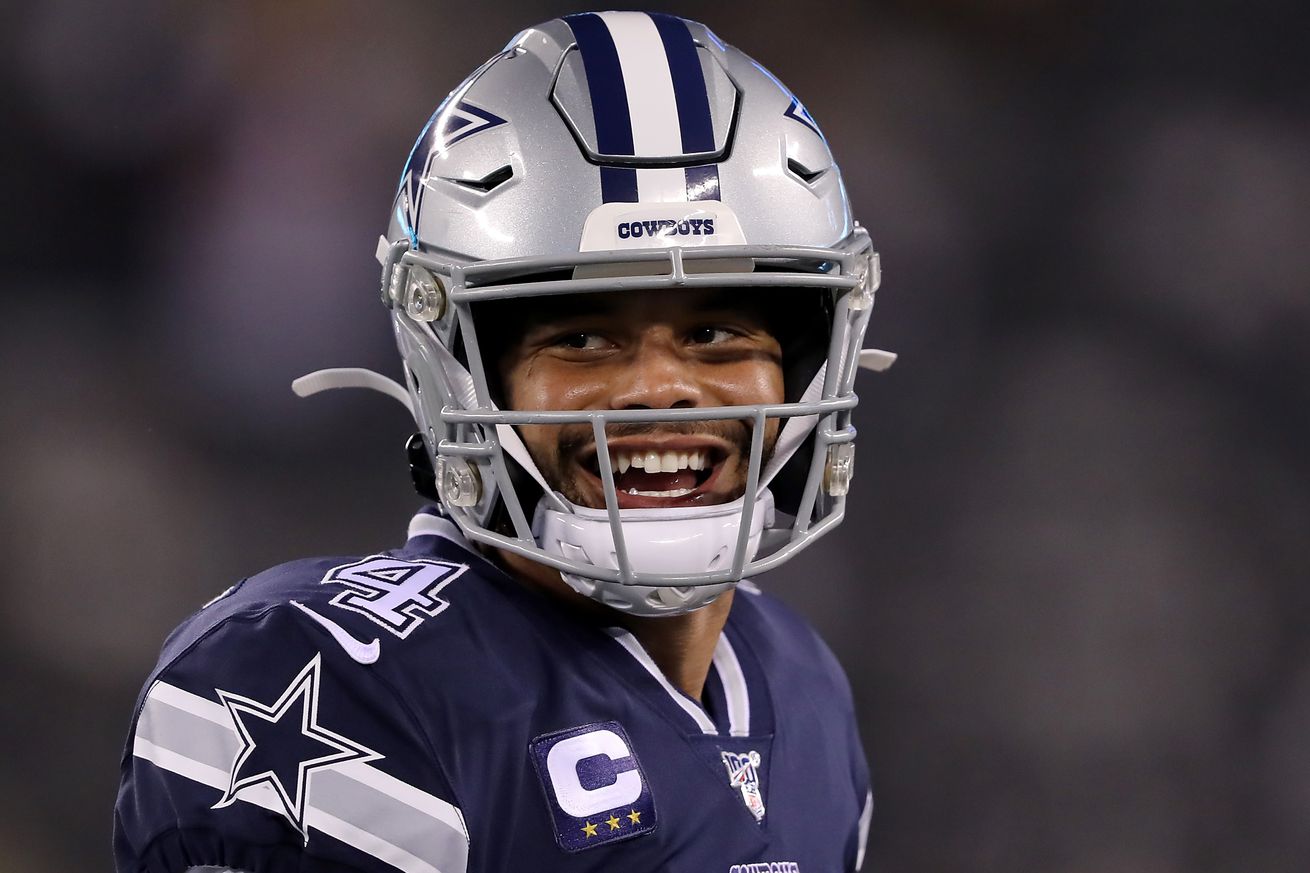 Is Dak Prescott being overlooked by the NFL media?

For the Dallas Cowboys, this has been a frustrating season. They have not been able to win close games. That has led to the 5-4 record and a tie for the NFC East lead with the Philadelphia Eagles. On paper, this just looks like a better team than the record indicates. Most of the roster is just not playing up to expectations.

If there is anyone who is bucking that trend, however, it is Dak Prescott. He is unquestionably having his best season in Dallas, and is at or near the top of just about every statistical category imaginable. It is a performance that should have him in the MVP discussion.

But a lot of other names seem to get mentioned before him. That may seem wrong to you. It definitely does to our Tom Ryle and Michael Strawn, who wish to file some complaints.

Tom: I am pretty sure why Dak is getting overlooked. It is hardly fair, though. It is all about the record. I saw an argument on social media that if he was a really good quarterback, they would have won those close games. The reality is that the games would not have been close if he had not done so much to bring his team back.

Quarterback wins are not really a valid thing, but that doesn’t meant people aren’t going to look at them. If the Cowboys were 7-2, I’d have to think Dak would be right at the top of everyone’s list.

Michael: It’s pretty interesting to me. Here’s an example of what I’m generally seeing when it comes to the MVP race:

No Dak anywhere. And maybe it’s because his quarterback rating is barely top 10 (he ranks 9th). These are the MVP candidate’s (plus Dak’s) rankings in traditional statistics:

The numbers are sorted by totals and you can see Prescott doesn’t compare all that well. Yes, he’s top five in yards, TDs, adjusted net yards per attempt, and sack percentage. But he’s 32nd in interceptions and 29th in INT percentage. Those numbers are heavily skewed by three Hail Mary attempts and very catch-able balls that bounced into interceptions. Change those and Dak’s rating would be top three and his INT numbers would improve dramatically. Exclude the INT rankings and Prescott would rank second overall to Patrick Mahomes.

The advanced statistics, however, can’t be skewed by a handful of unlucky/meaningless plays. And they like Dak very much:

In fact, in these metrics, Dak ranks either first or second in every measure. Here’s a primer for those unfamiliar with these:

Now, none of these statistics are the end-all be-all; they all have their strengths and weaknesses. But it’s interesting to me that Prescott is performing better than any of the consensus MVP candidates in all of them.

Tom: The numbers you cite certainly support his case. Some, however, just are not going to be convinced by numbers. They have to see wins and spectacular plays.

However, as you showed, the lack of wins cannot be laid on Prescott. And for those who want to see the video, there is indeed a convincing case there. Some of most impressive plays he has made this season came in the loss last Sunday. Here are arguably the three best:

There have been plays nearly as good in all the games this year. He has also had many drops that affected the perception of him. More importantly, a real argument can be made that the insistence of the team to “establish the run” has held him and the team back. A pivot to relying on the passing game as the team’s offensive identity rather than handing the ball to Ezekiel Elliott would reveal just how much Prescott brings to the game.

The record is disappointing, but imagine what it might look like without Prescott. It is reminiscent of the man he replaced, Tony Romo. Like Prescott, Romo never got the full credit and appreciation he deserved, especially outside of the Dallas fan base. Romo was never able to get far in the playoffs, also like Prescott, but there were so many games where his heroics were the only reason the Cowboys won. He also had games where he didn’t win but was still remarkable, like the classic shootout against Peyton Manning and the Denver Broncos.

In terms of how important he is to his team, no one truly exceeds Prescott. Many don’t realize that, and it sadly seems to include at least some of the coaching staff, including the guy running it all. But however you measure it, Prescott is as valuable to his team as anyone in the league.

Michael: The Romo comparison is appropriate in my opinion. You had a top-five quarterback who was chronically plagued by 1) organization dysfunction, 2) inept defensive play and/or gun-shy coaching staff. I’d argue Prescott has a roster similar to the Cowboys’ 2009 or 2014 squads, each of which lost in the division round of the playoffs.

The one constant throughout the last ten years? One Jason Garrett. You look around at Kansas City or Baltimore and you see coaches who adapted their playbook to take advantage of the quarterback’s skills. I fear unless Garrett swallows hard and abandons his love affair for “a physical run game that controls the clock and wears defenses down” this 2019 version of the Cowboys is doomed to disappointment.

Still, it’s hard to understand why Prescott isn’t getting more love within the NFL mediascape. He’s a prototype team leader and simply goes about his business in a professional, admirable manner. He’s doing everything he’s asked at a very high level. He plays for America’s Team, where every accomplishment is usually exaggerated by the national media.

Personally I don’t really care; Dak’s gonna be just fine regardless. When I read things like the following, well, I just shake my head:

This Dak paragraph is incredible after not putting him in the top 5 pic.twitter.com/TBFfJLtHDV

A fourth-round compensatory pick has evolved into a league MVP candidate, while also being everything you could possibly ask in terms of being a leader. Talk about hitting the lottery.