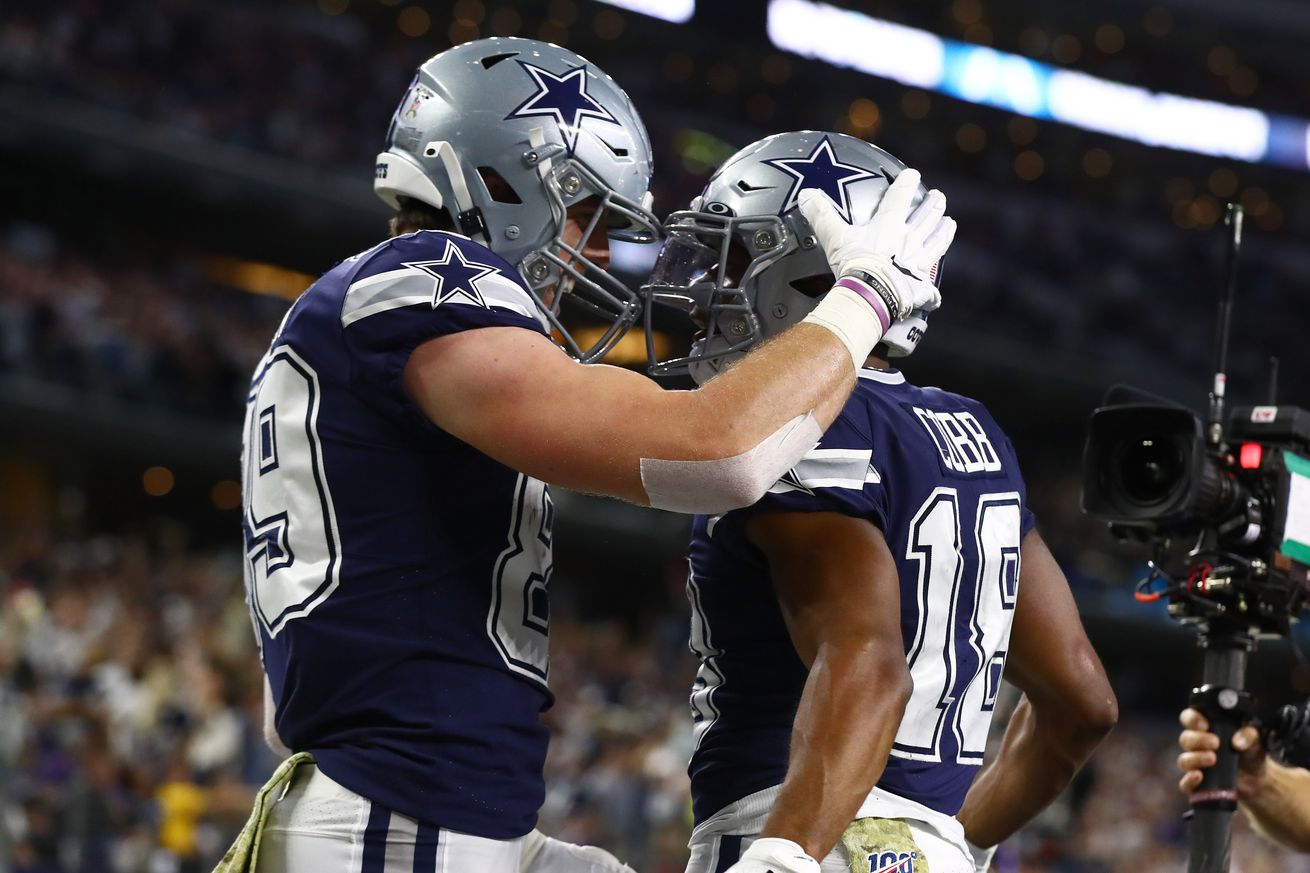 Dak Prescott turned in yet another incredible performance.

It’ll be hard for people to deny Dak Prescott’s brilliance now. The quarterback threw for 444 yards and three touchdowns to will the Cowboys to a 35-27 victory in a game where the Dallas defense had little to no interest in playing disciplined football. Here are five moments that played a big part in the Cowboys’ win.

Ezekiel Elliott fumbles on first carry of the game

Getting the ball to start the game, Dallas went with the right decision by throwing on first down but tight coverage meant an incompletion. Then, on second and ten, Dak fed the ball to Zeke and he ran up the middle for two yards.

However, Zeke forgot to hold onto the ball and coughed it up. Not only did the Cowboys pass up on yet another opportunity to end their streak of slow starts, they gave Detroit great field position for their first offensive possession. Five plays later, the Lions pounded into the endzone with 2018 Dallas Cowboys seventh-round draft pick Bo Scarbrough.

Dak sacked on third and goal

Down 7-0 with ten minutes left in the first quarter, the Cowboys offense had fumbled on their first drive and gone three and out on the second drive. The third drive, however, saw Dallas moving the ball like they usually do in quarters two through four.

Efficient play from Prescott in particular helped Dallas drive to the Detroit two-yard line, but on third and goal the Cowboys tried to run some trickery by faking another touch pass to Tony Pollard. It didn’t work, though, and Dak took a sack. Dallas converted the field goal, but it was yet another drive that fizzled out in the first quarter and kept the Lions in the game even longer.

After the defense gave up another touchdown to the Jeff Driskel-led Lions, the Cowboys were down 14-10 in the second quarter. Trying to respond and take back the lead, Dak and the offense drew a third and nine at the 50-yard line. Prescott took a deep shot down the sideline, and well, Michael Gallup did this:

HIS NAME IS MICHAEL GALLUP AND YOU WILL RESPECT HIM

For a moment it seemed like Dez Bryant had snuck his way onto the field for one of his vintage circus catches, but it was Gallup making the clutch play for the first down. Not only was it a highlight reel play, it extended the drive and helped put Dallas in position to score two plays later.

Dak hits Cobb for a huge gain before halftime

After the Cowboys’ touchdown that was set up by Gallup, Dallas got the ball back at their own 17-yard line with just under two minutes in the second quarter. After a quick shot to Gallup, Dallas had first down on their 27.

Prescott then hit a wide open Cobb in the middle of the field, who turned around and took off for what amounted to a 49-yard pass in total. The big chunk play allowed the Cowboys to get another touchdown right before halftime and make it a two score game heading into halftime. While Detroit didn’t go away in the second half, the touchdown before halftime gave Dallas control of the game going forward.

The Cowboys got the ball back with a one-score lead and two minutes left in the game. After running the ball on first down for no gain, Detroit used their second timeout. If the Cowboys stuck to their run-first philosophy, Detroit would have a last chance to try and tie the game.

But Kellen Moore went for the throat instead. He called a play-action bootleg that saw Prescott make an easy toss to a wide open Jarwin, who cut up field and took it for not only the first down but 23 yards. The Lions used their final timeout and Dallas was able to show off their Landry Shift as they took a knee for the win.