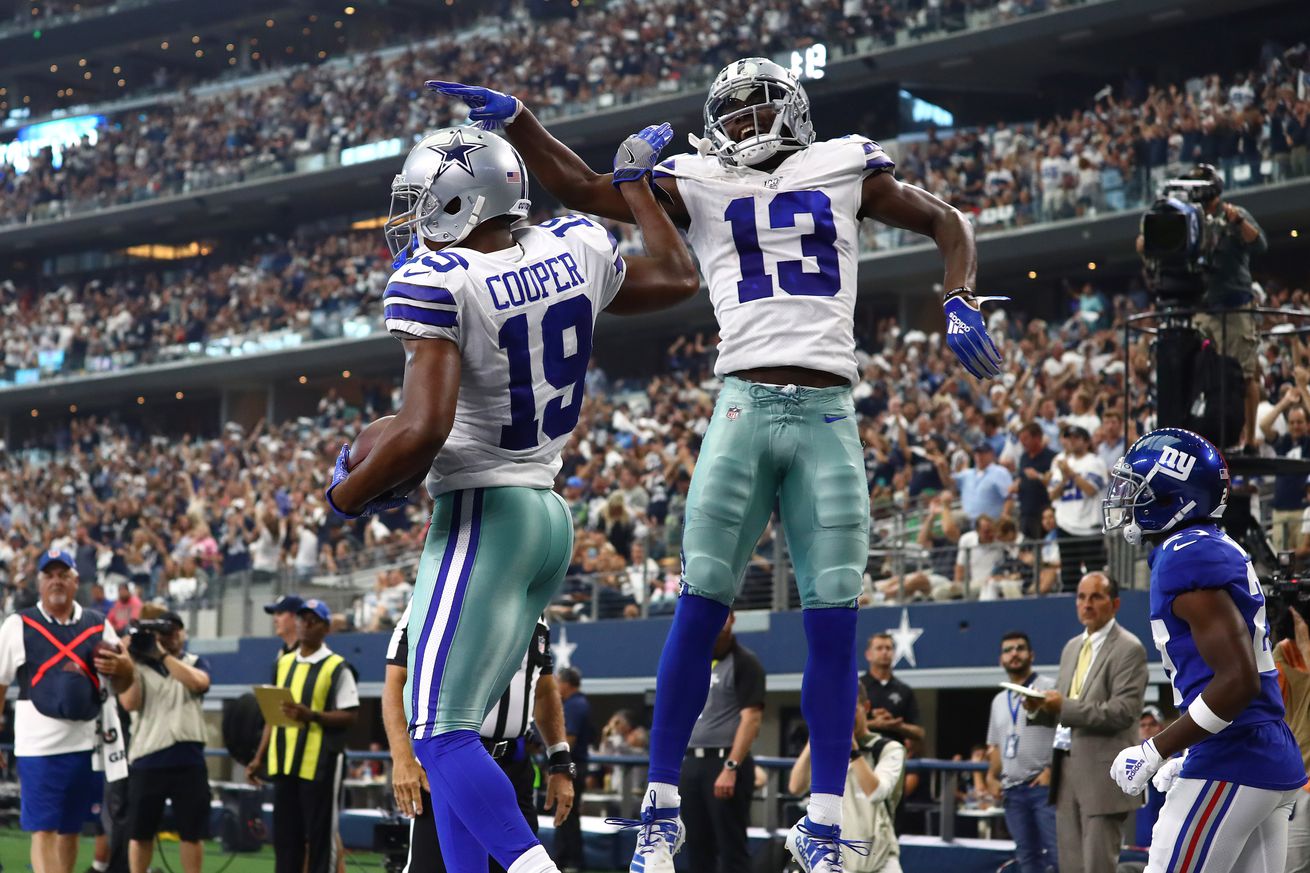 Put some respect on Amari and Michael’s name.

It’s Amari and Michael’s world and we’re all just living in it.

Gallup, a second-year player, has taken the NFL by storm this season and is starting to turn himself into a house hold name among NFL fans. Cooper, a fifth-year receiver, has entered the conversation as one of the best wide receivers in football, but that hasn’t always been the case for the former first-round pick.

Cooper, a former Oakland Raider, was pushed out of Oakland at the trade deadline in 2018, and it didn’t take long for the that to look like a great move by the Dallas Cowboys. Cooper has taken over as the teams number one wide receiver, but having a true number two receiver has done wonders for Cooper, and the Cowboys overall passing attack. Cooper and Gallup work so well together because of the way they compliment each other’s skillsets. Cooper, a route-running wizard is the guy who creates consistent separation and can win in the open field with his elusiveness and speed.

Gallup, big bodied, solid route runner, but most importantly really good at the catch point, can win both down the field, in traffic, and runs surprisingly good routes for a receiver of his build. Gallup also does a lot of damage after the catch, which is surprising given he isn’t the most athletic receiver in the world. Gallup’s ability to win down the field and earn Dak Prescott’s trust has been tremendous to watch. Especially after a season (2018) when the two couldn’t always get on the same page. Gallup has made big strides from his freshman to sophomore season, and is continuing to grow as a receiver each week.

The Cowboys receivers head to New England this weekend to test their skills against the best secondary in football. It’s a real best vs best matchup, and it’ll give all Cowboys fans a good gauge on just how good Amari Cooper and Michael Gallup are/can be.