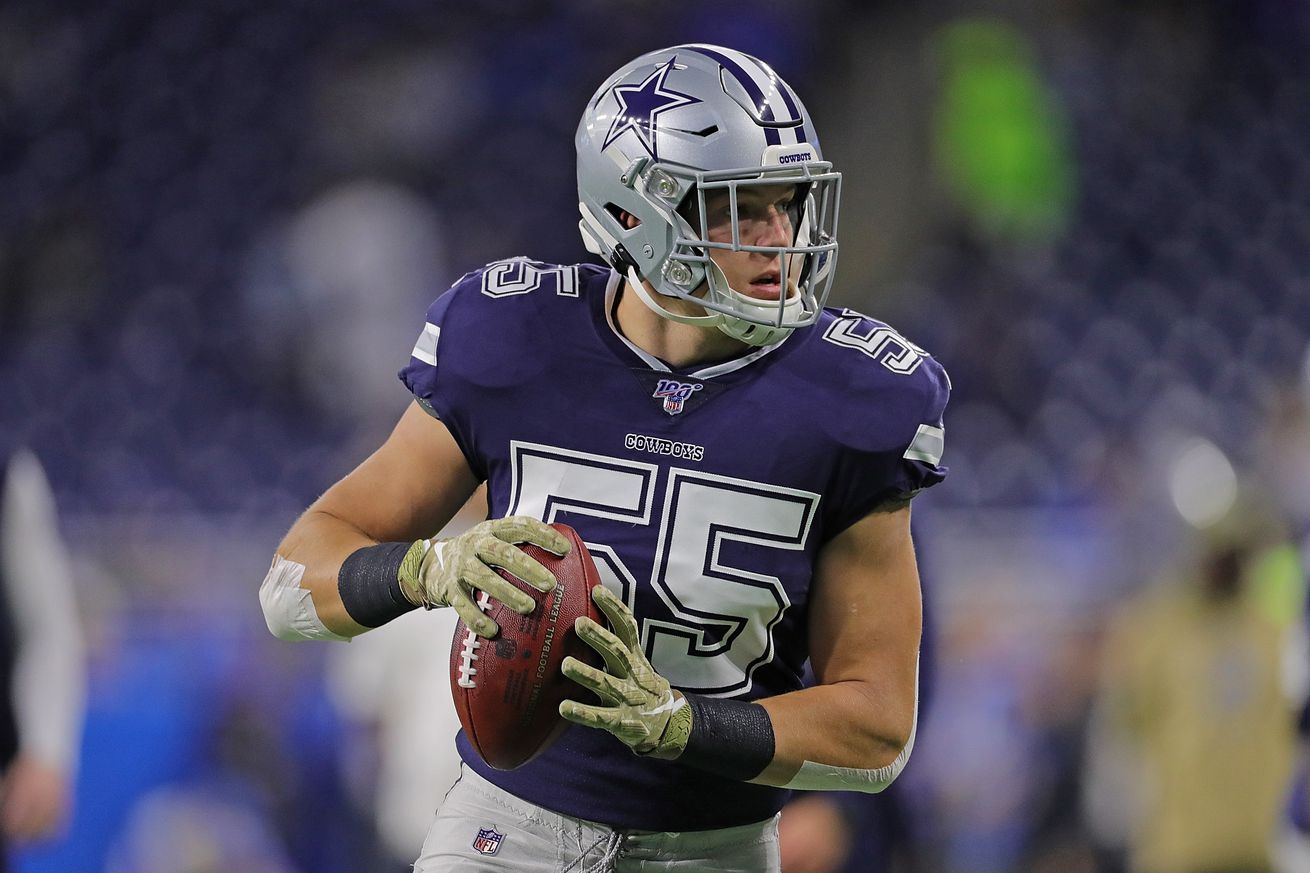 A surprise addition to the Cowboys injury issues.

There has been a new addition to the injury report for the Dallas Cowboys. Starting linebacker Leighton Vander Esch is not likely to play on Sunday. He wasn’t on the injury report that came out after practice, but since then it’s come out that he is expected to miss the game, and he could miss more than that.

Vander Esch practiced this week before a flare-up in his neck area prompted an MRI on Thursday, one person familiar with the situation said. Those results dictated that he will rest the ailment for an indefinite period. Vander Esch already missed one game this season following an Oct. 22 neck stinger versus the Philadelphia Eagles.

The Cowboys will have to add Joe Thomas to the mix with Vander Esch out, but he has been out of practice the past couple of days due to an illness. The Cowboys linebacker play has been wildly inconsistent so far this season and against a Patriots team that utilizes it’s running backs in the passing game, it will be a big challenge for that unit this Sunday.