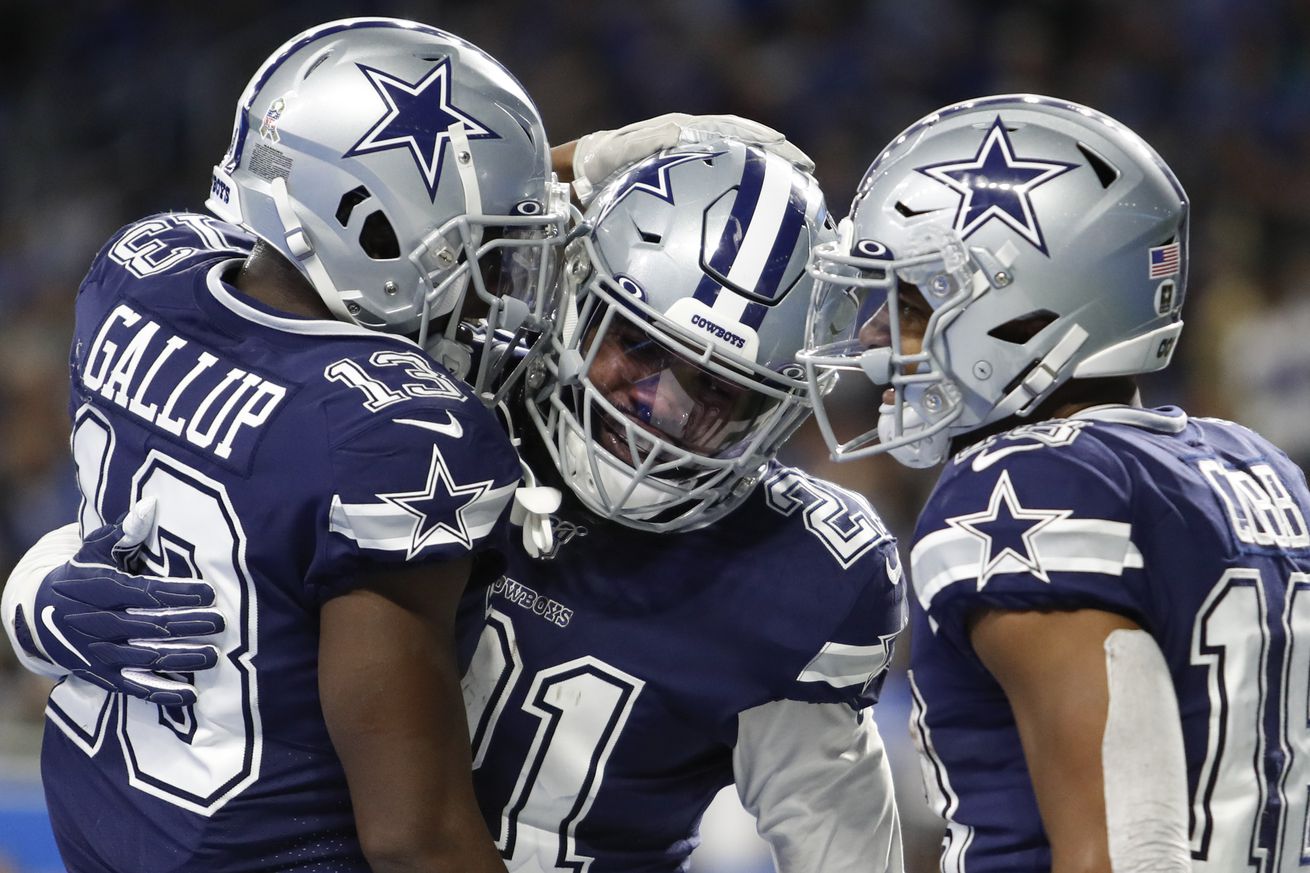 It was seen as one of the biggest when the schedule came out. That hasn’t changed.

It is going to be a significant outcome for the Dallas Cowboys. Whether they win or lose against the New England Patriots, it will set a definite tone for the final five games. A win, and the Cowboys are just about locked into the playoffs with a big confidence builder. Lose, and we will be tossing more names around to supplant Jason Garrett while the team faces a very uncertain path to the postseason.

The Cowboys are a touchdown underdog on the road. That matches up with the win/loss numbers, as the Patriots are 9-1 while Dallas is just at 6-4.

There is, however, an interesting contrast. The Cowboys are widely seen as a team that is not performing up to its talent level, especially as the football world wakes up to just what kind of season Dak Prescott is having. Meanwhile, New England has built that record playing a bunch of bad or mediocre teams. Of their wins, only the ones over the Buffalo Bills and Philadelphia Eagles involved opponents that still have a realistic chance of making the playoffs, and the Eagles now sit at .500. Their lone loss came against the hottest team in football right now, the Baltimore Ravens. They’ve won six in a row and are probably the biggest challenge the Patriots will face in the AFC playoffs.

Additionally, this is the first time there have been real signs that even Tom Brady can’t outrun Father Time. His QBR and passer rating are down, along with his yards per attempt and touchdowns. He is still dangerous, but no longer the offensive machine we have seen for so many seasons.

The two teams are also opposites in their strength and weakness. The Cowboys are churning out yards and points, but have a defense that is porous far too often. The Patriots, while still scoring a bunch, have ridden their league leading defense, which has only yielded an incredibly stingy 10.8 points per game and also allowed the fewest yards of any team. This is truly going to be strength against strength and weakness facing weakness.

This season has seen a lot of self-inflicted wounds for the Cowboys. Arguably, their own mistakes were the real factor in all four of their losses. When they avoid those, especially on offense, they are very good indeed. If they can clean up those against the Pats, it should be a game they can win.

That’s not saying they will. But if they do, it really wouldn’t be a shock.

The weather may play a big role

The good news is the current forecast is for around 50 degrees at kickoff. It could be a lot worse in Foxborough this time of year.

The bad news is that rain is expected. It isn’t expected to be heavy at the moment, but wet conditions are not something the Cowboys play in a lot. A wet ball is not conducive to a really effective passing attack, and we have now entered the reality of Dallas being a passing team.

That may force a bit more running. The Cowboys still have Ezekiel Elliott, with emerging Tony Pollard in relief. But Elliott has had too many fumbles this year, and wet balls don’t help there. The Patriots statistically are not a great running team, but do work in inclement weather more than Dallas.

That brings us to turnovers

Wet field conditions make for more turnovers, and those have been a problem for the Cowboys both ways. They give up too many, and don’t get enough. Surprisingly, they are only -1 on the season, but they have a disturbing tendency to have them happen in bunches, which leads to losses.

New England is the opposite, having taken the ball away 28 times while only coughing it up 10. Brady may be having a few issues, but getting sloppy with the ball is not one of them.

Given that the game features the top offense versus the top defense, while both are more middle of the pack when they swap sides, things may very well hinge on special teams play and that hidden yardage that comes from starting field position.

That is deeply concerning for the Cowboys, because they have frankly been horrible on teams. They get almost nothing on punt and kick returns, while they give up far too many decent returns. In all but one game, they have had to play with more long fields than the opponent. Against a Bill Belichick coached team, that is a recipe for problems.

I’d really like to give you a cause for optimism that this will change, but I have nothing to offer. The Cowboys simply have to do better, and I have no idea how they could accomplish that.

What it means for the rest of the season

Find a way to win this one, and Dallas can create their own destiny. At the very least, they would still lead the NFC East, no matter what the Eagles do against the Seattle Seahawks. And outside of the rematch with the Cowboys, that Seahawks game is the biggest test they have remaining.

Lose to the Patriots, however, and they could fall back into a tie for the division, with a game still to come against the Bills, who are currently 7-3 and fighting to at least get a wild card bid.

This game also could be a major factor in Jerry Jones’ decision whether to offer Jason Garrett a new contract. That is a lot of pressure on the head coach. His team will undoubtedly be playing hard for him, but that can lead to mistakes as well.

It is a bit of a turning point for the Cowboys. At the beginning of the season, most saw this as one of the most likely losses on the schedule for them. While the oddsmakers still consider it that way, I believe it is now a winnable game. Not by any means one that we can predict as victorious. But if Dallas puts its A game out there, they can get a W and be in great shape the rest of the way.