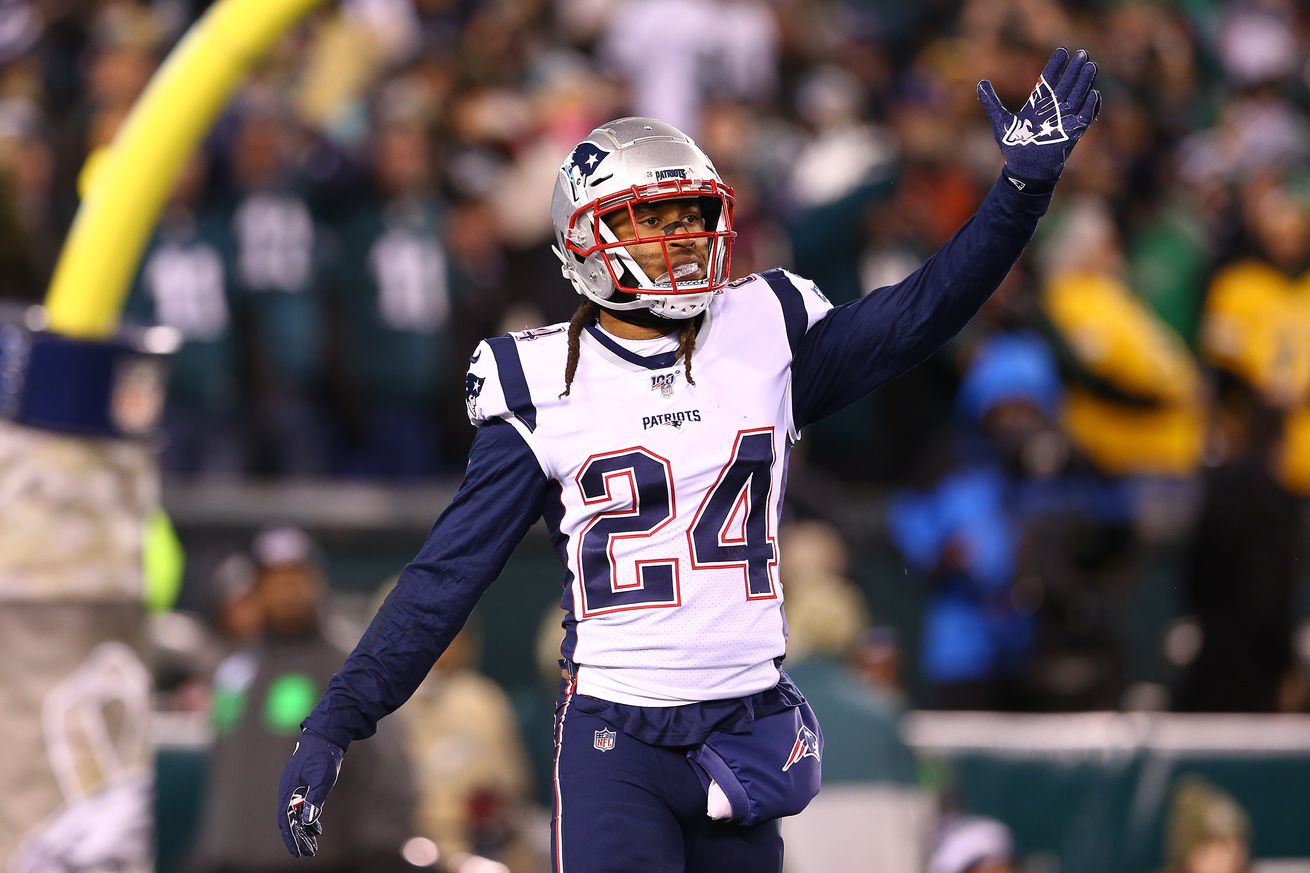 How will the Cowboys attack the star corner?

The Cowboys face their toughest task of the season on Sunday afternoon, playing the New England Patriots in Foxborough in rainy and cold elements. Dallas struggled to take care of business earlier this season in certain games; they can’t make too many mistakes against a team like the Patriots if they expect to have a realistic chance of winning.

Of all the frustrations that the Cowboys have caused for fans this season, the passing game is not on the list. Dak Prescott is having the best season of his career as a passer, Amari Cooper continues to show why he was drafted in the top-5 of his draft class, and Michael Gallup is making a strong case to be the second best wide receiver in the NFC East.

On the flip side, the Patriots have a stingy defense, especially when defending the pass. Bill Belichick has made life hard for opposing offenses, as Stephon Gilmore, Devin McCourty, Jason McCourty, and Jonathan Jones have not let much room for error for the quarterback that they are going up against.

Curious just how good the Cowboys’ passing offense and the Patriots’ pass defense is? Check these insane numbers out:

While some skeptics have used the “Dak Prescott and the Cowboys have not played anybody” argument, one can make the same one for the Patriots. The Patriots undoubtedly have an elite defensive unit, but this is the list of quarterbacks they have faced this season:

You can make a very strong argument that Dak Prescott is one of the best quarterbacks that the Patriots will have faced after Sunday. Lamar Jackson is also obviously having a remarkable season, and the Ravens controlled the entire game against the Patriots in their Sunday Night Football clash earlier this season.

Furthermore, Amari Cooper is the best wide receiver that the New England defense has lined up against. Odell Beckham, Jr. is also a special talent, but the the former All-Pro receiver has not had the kind of year that we are accustomed to seeing. As we discussed on the latest episode of BTB’s Talkin’ The Star, Michael Gallup is in the conversation as the third best receiver that the Patriots have had to defend this year.

Needless to say, the Patriots will have to be prepared for a loaded arsenal of weapons on Sunday afternoon.

If there is any defensive back that can step up to that kind of challenge, it is Stephon Gilmore. Gilmore is playing like the best defensive back in all of football this season for the league’s best defense. If you just look at the plain box score, Gilmore’s numbers do not necessarily jump out at you — 29 total tackles, three interceptions (one touchdown), and 11 passes defended — but his impact on the Patriots is very clear. KD Drummond wrote on just that:

The difficult part is that Gilmore is probably the league’s best corner. Unlike Dallas’ No. 1 in Byron Jones, Gilmore travels all over the field to keep tabs on the opposition’s top target. NFL quarterbacks have just a 43.5 passer rating when throwing to a target covered by Gilmore.

Quarterbacks have thought twice about testing Gilmore, which is probably the smart move. As good as he is, Gilmore also recognizes what Amari Cooper brings to the table, saying that Cooper is “one of the best receivers in the league”:

“He makes big catches, tough catches, even when a guy’s covering him,” Gilmore said of Cooper. “He’s fast, quick. When you’re one of the best receivers in the league, you can run every route and make everything (look) the same. … He makes everything look like a go ball, then chops his route off. He makes everything look the same, and he has a good quarterback (Dak Prescott) who’s throwing him the ball that makes him better. I’m looking forward to it.”

It will be interesting to see how Bill Belichick uses Gilmore and how he defends Amari Cooper. Will the Patriots decide to let Gilmore and Cooper go at it? Will New England decide to put their best defensive back on Michael Gallup and bracket Cooper? Regardless of what is the move, the Cowboys passing attack will be challenged.

As a football fan, though, Amari Cooper versus Stephon Gilmore one-on-one would be a treat to watch.