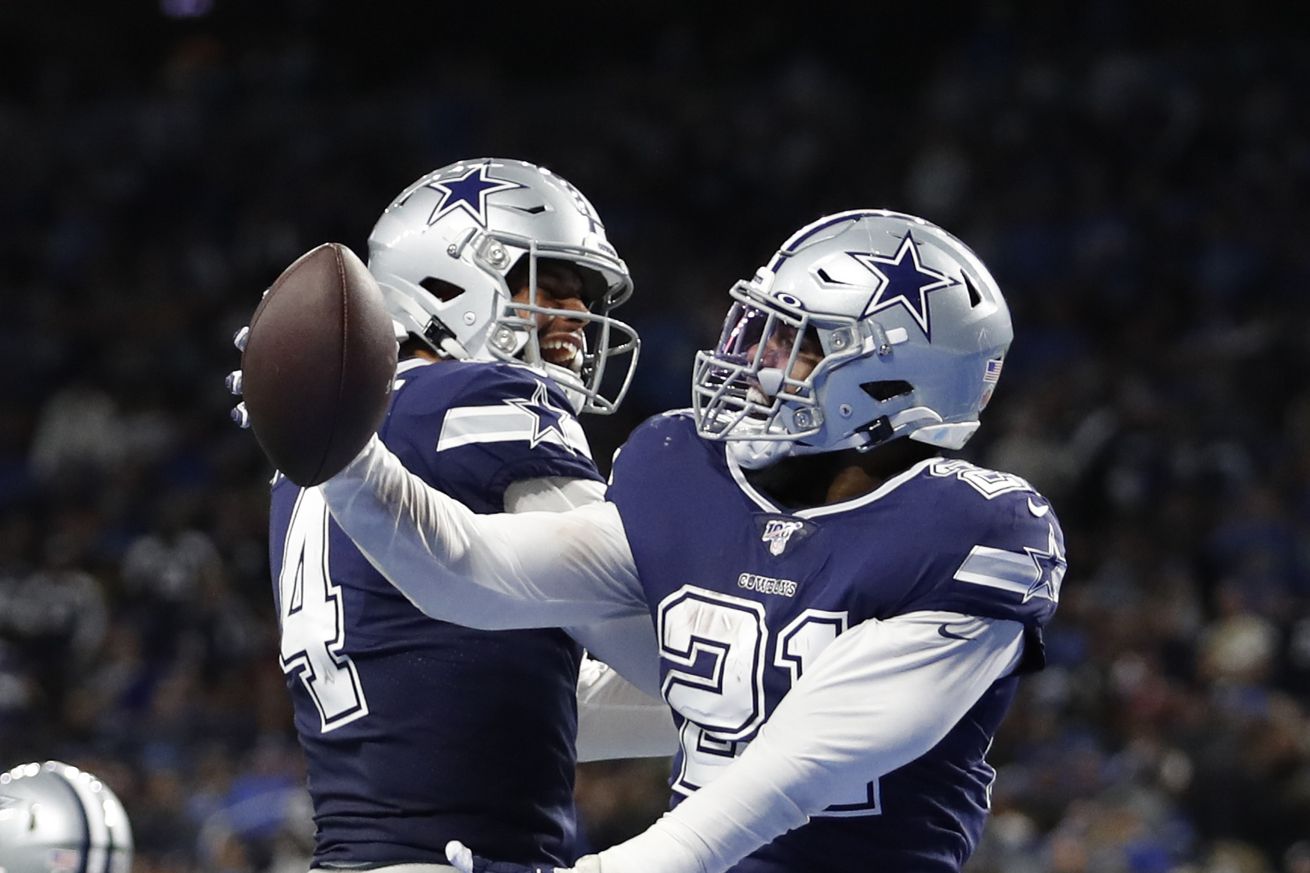 More detailed info from Patriots experts on what could happen Sunday.

Our friends over at Pats Pulpit were kind enough to give us three reasons why the Cowboys could win on Sunday versus the Patriots. Here they are in no particular order.

1.) The Patriots get overwhelmed in the trenches.

New England’s offense as a whole has struggled with consistency over the last few weeks, and the play of the offensive line is a big reason why. While there is some optimism around the organization that the return of left tackle Isaiah Wynn — he was placed on injured reserve ahead of Week 3 but is expected to be in the starting lineup again on Sunday — will help get things on the right track again, but it is impossible to predict the impact his comeback will have. If Wynn does not prove to be a substantial upgrade over Marshall Newhouse, the Patriots’ offensive operation could very well continue to struggle on the ground and through the air.

The trenches are also important on defense. If the potent duo of Dak Prescott and Ezekiel Elliott cannot be properly contained on the ground, the Patriots defense could have a hard time — just like it did against the Baltimore Ravens three weeks ago. As for Prescott, his abilities to make plays outside the pocket not just with his feet but his arm as well could also hurt New England. Needless to say that the defensive line playing a disciplined game against him to keep him in the pocket and eliminate potential running/play-extending lanes is the key.

With Antonio Brown gone and Josh Gordon now in Seattle, the Patriots offense lacks a true field-stretching receiver. First-round rookie N’Keal Harry could provide that, but he is far from a proven commodity after having appeared in just one game and more of a wildcard at this point in time. Consequently, New England’s strengths lie in the short and intermediate passing game — something the Cowboys sure know as well and will try their best to disrupt. The Patriots’ best counter would be to find a way to stretch the field, but expecting this is somewhat unrealistic considering the unstable state of the O-line and the cast of receiving weapons available.

Until the Patriots show they can consistently challenge teams deep, their offense will mostly operate in the short range. And if the Cowboys can disrupt it, the day could be a long one for New England.

The Patriots are short at the wide receiver position, with both Mohamed Sanu (ankle) and Phillip Dorsett (concussion) currently on the injury report. If one or both are unable to go on Sunday, the team would have to rely on rookies N’Keal Harry and Jakobi Meyers as well as a tight end depth chart consisting of 38-year-old Benjamin Watson and an inconsistent Matt LaCosse and Ryan Izzo. Needless to say that the group is not necessarily keeping defensive coordinators up at night. The running backs – particularly James White – could play a big role in the passing game against the Cowboys, but if the defense is able to properly adjust the Patriots might be in trouble.

There you have it, Cowboys fans. Which of those three is the most likely scenario to come true if the Cowboys win?