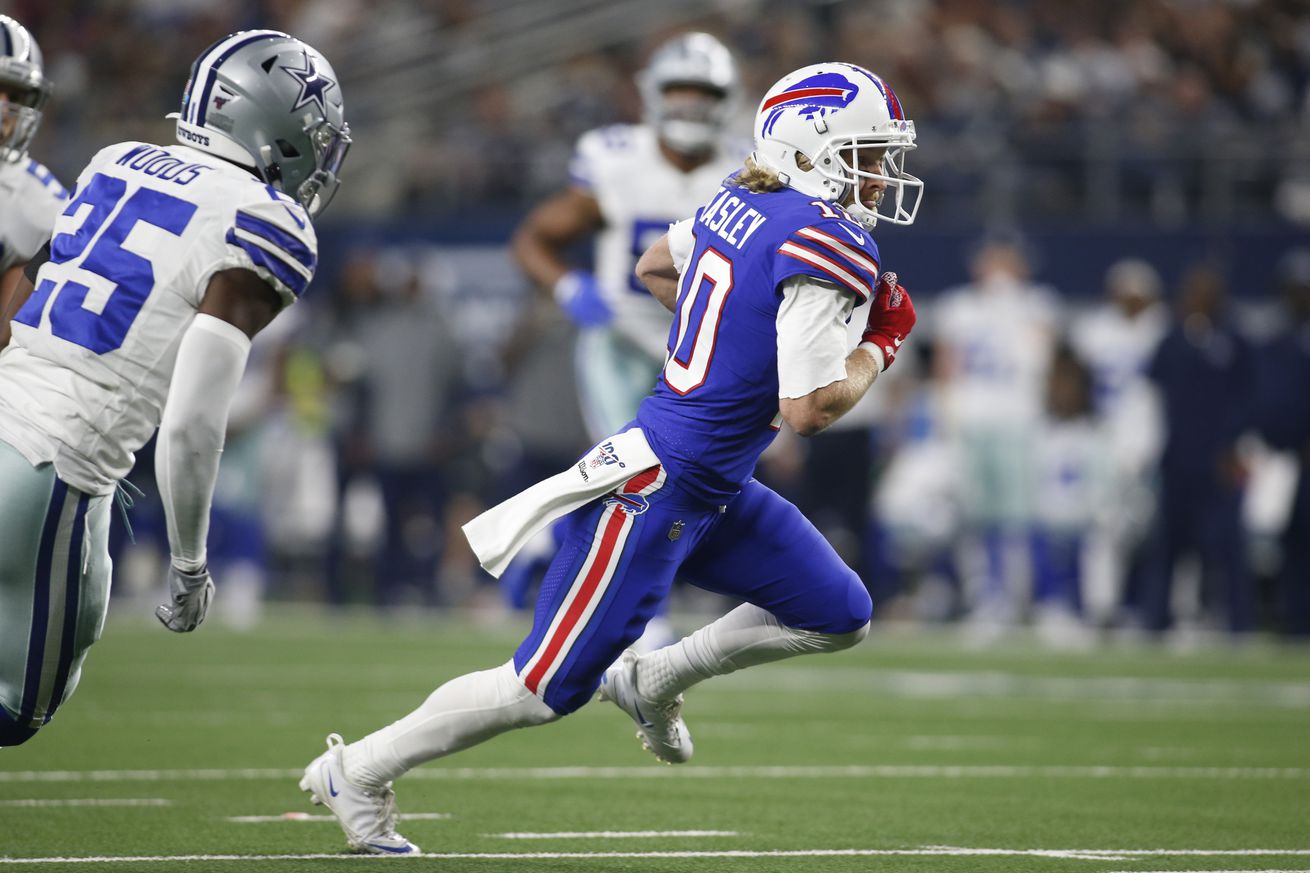 The Cowboys were thoroughly out-classed by the Bills.

The Dallas Cowboys annual Thanksgiving game resembled a funeral by the fourth quarter of a dispiriting, sloppy, lackluster loss to the Buffalo Bills. It’s Thanksgiving and for this session I’ll be putting in the same effort the Cowboys put forth on the field. Let’s go to the grades:

After scoring a touchdown on the team’s first drive to finally get off to a hot start, Dallas was outscored 26-0. The offense turned the ball over and failed repeatedly in the scoring zone. The defense allowed six scoring drives and never had an answer for Josh Allen and the Bills’ offense.

A Cowboys team that needed to play it’s best game of the season instead played one of their worst. All the problems that have plagued the team throughout the year were on display: terrible special teams, conservative play-calling, a suspect defense that couldn’t get off the field and an offense that couldn’t score points.

Dak Prescott had some good moments and his final statistics don’t look so bad. But every time a key moment came up he was found wanting. He turned the ball over on consecutive possessions in the second quarter (and only a questionable Bills penalty prevented a third). In the fourth quarter, needing a desperation throw, he badly, badly missed Ezekiel Elliot on a fourth-down attempt.

Jason Witten had like 12 catches for 14 yards because, well, he can’t get down the field.

Both turnovers came on plays where Prescott was under pressure. The offensive line wasn’t terrible but, like with every other group, just wasn’t good enough.

Again, the stats don’t look so bad (three sacks) but Josh Allen had time to make plays when the Bills need it.

Brett Maher should have played his last game as a Cowboy, missing two very makeable field goal attempts (although one was tipped). That put the team behind the scoreboard and forced desperate (and unsuccessful) fourth-down attempts the rest of the game.

An utterly inept performance in every way where a mediocre Buffalo Bills team thoroughly dominated the Cowboys in all three phases of the game. Reports before the game were that Jason Garrett wouldn’t be fired until the end of the season regardless of results. That’s too bad.