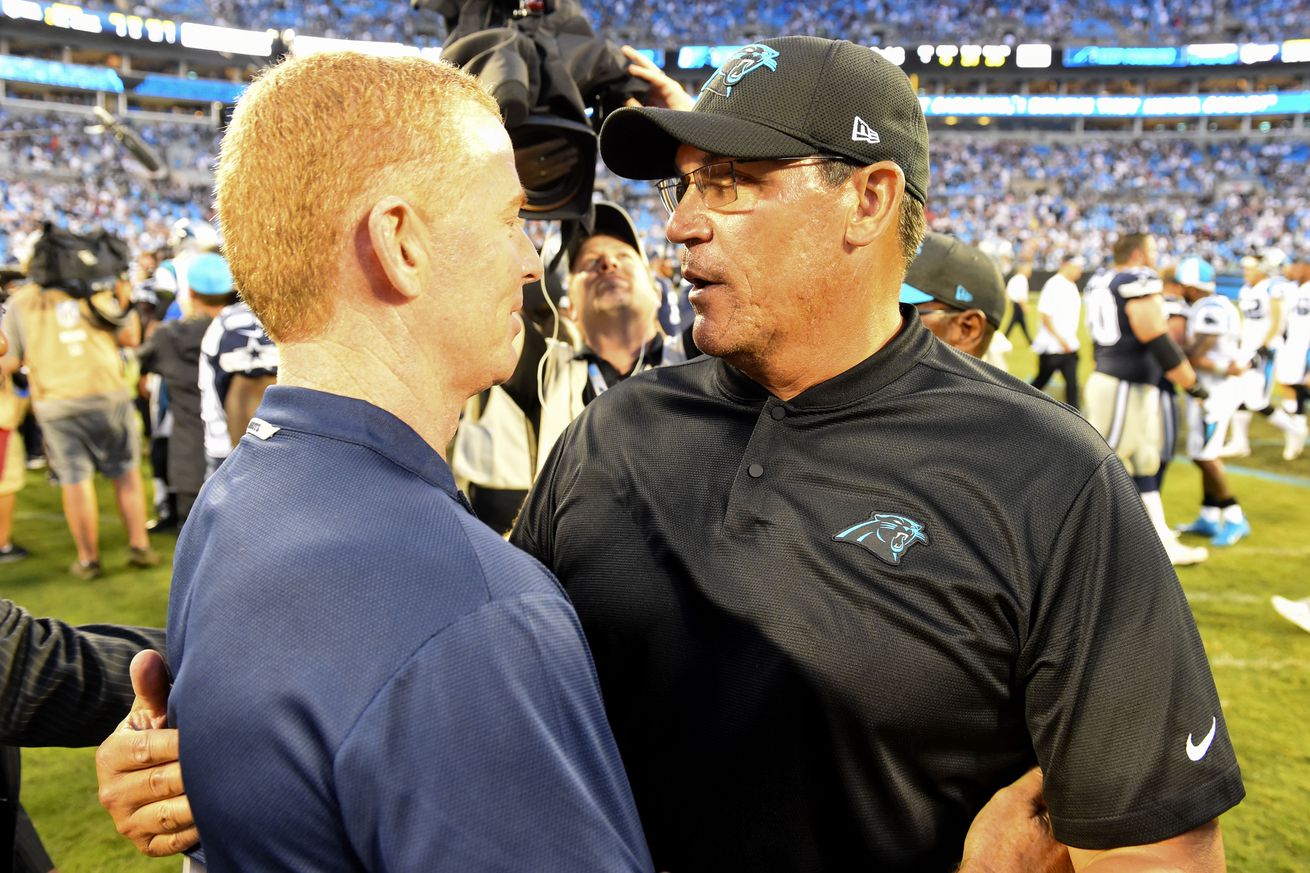 Riverboat Ron time in Carolina is over.

There are four weeks left in the regular season, but there are already two NFL teams that need new head coaches. It was a few weeks ago that the Washington Redskins decided to move on from Jay Gruden, and on Tuesday the Carolina Panthers joined the club. Carolina decided to fire head coach Ron Rivera which has a lot of football fans thinking that they could be rebuilding this upcoming offseason, especially if they also move on from quarterback Cam Newton.

What happens with the Panthers will be interesting to watch, but obviously our concern involves the Dallas Cowboys. You’ll remember that Rivera actually interviewed for the Cowboys head coaching position in 2007 before the job ultimately went to Wade Phillips. If Dallas does ultimately move on from Jason Garrett, it’s fair to wonder whether or not Rivera would be in the pool of candidates.

Speaking of Rivera and Garrett, comparing their career résumés is quite interesting (not for Garrett, though). Both coaches began their full tenures with their teams in 2011 and the Cowboys have barely won more regular season games than the Panthers since.

The 2015 season was without question the greatest one for Rivera and the Panthers. Overall the team went 15-1 that season (including a Thanksgiving Day win over the Cowboys in what was Tony Romo’s last start where Dallas was amazingly favored), set a lot of franchise records, and saw Cam Newton earn the season’s Most Valuable Player award. Still, though, that was four years ago and it was obviously time for change in Carolina.

Obviously, the similarity in Rivera and Garrett’s résumés will make people wonder why the former is looking for a job and the latter is still employed. Jerry Jones has continued to reinforce his belief in Jason Garrett, but if he doesn’t appear in a Super Bowl of his own there could be some serious changes happening sooner rather than later.