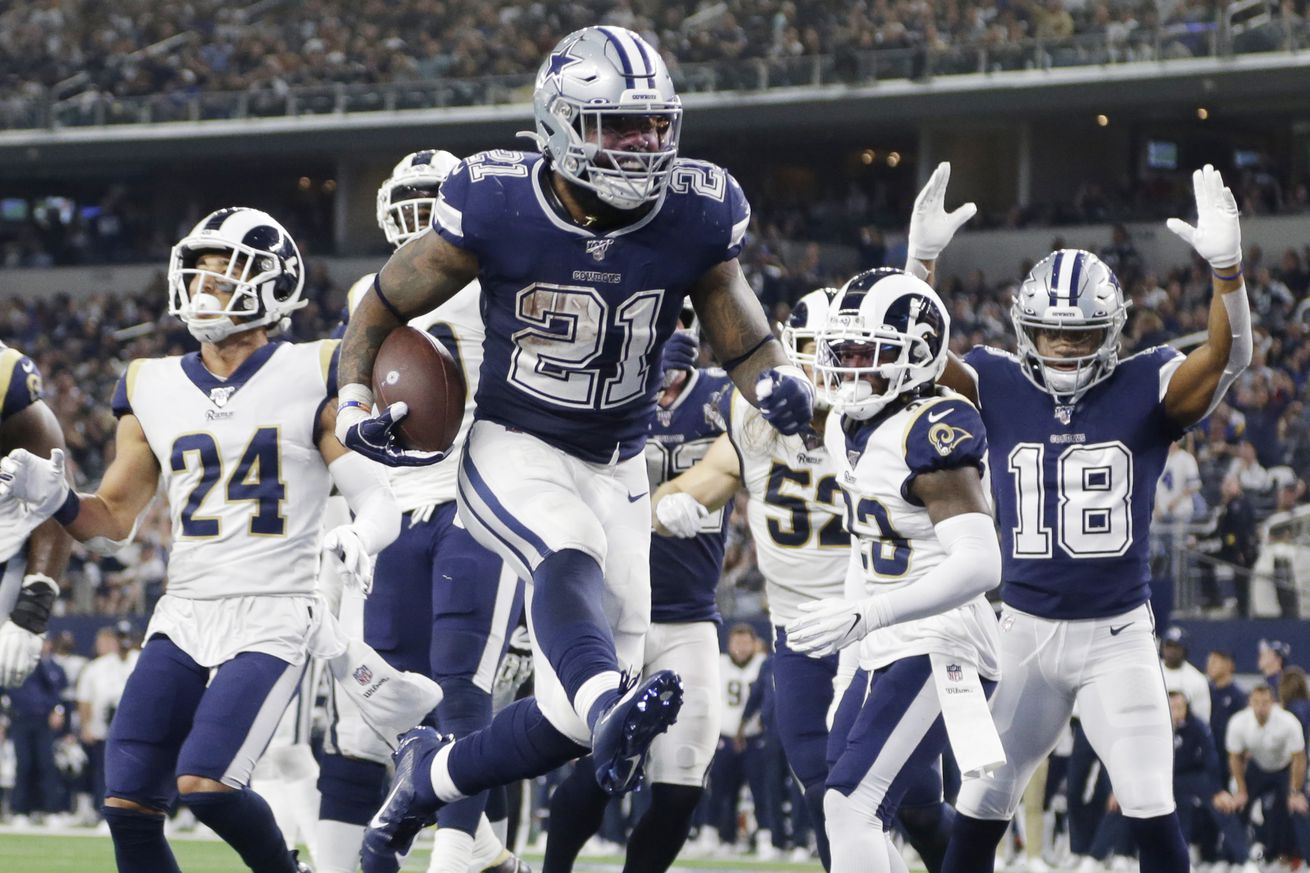 The Cowboys rushing attack was on full display Sunday against the Rams.

The Dallas Cowboys ran all over the Los Angeles Rams en route to a convincing 44-21 victory on Sunday. It was such a sight to see as both Ezekiel Elliott and Tony Pollard put up 100+ yard games for the second time this season. It was so impressive, that the Rams defense could never catch their breath as these two were interchanged so often, and each of them ran with the same level of domination. They combined for 248 yards on 36 total carries, averaging an impressive 6.8 yards per attempt. While it looked like Elliott did most of the heavy lifting, the rookie showed up for the knockout blow with several impressive runs in the game.

The offensive line did a fantastic job. You can’t say enough about how well the interior of the line blocked in this game, including a great showing by backup guard Xavier Su’a-Filo. As great as it was that the blockers dominated the trenches, it was even more impressive to see what the Cowboys running backs did with their opportunities as they reached a mark than hasn’t been done over the last decade.

Yesterday, the Dallas Cowboys became the 1st team in the last 10 seasons to have multiple rushers (Ezekiel Elliott and Tony Pollard) gain 70+ yards after contact in the same game. pic.twitter.com/PLbbBvDtLP

It was evident all day long that the Cowboys running backs were very tough to bring down. Between physical running, and great elusiveness – the running game was virtually unstoppable against Los Angeles.

Elliott did a fantastic job of picking his way through the holes, and when he got going – he was hard to stop. Zeke ran with so much power that he continuously churned out extra yards when the Rams defense was unable to consistently square up on him. He did an excellent job seeing the running lanes, planting his feet, and bouncing himself into space where he could pick up sizable gains. And Zeke showed tremendous burst to exploit any crease he could find as he moved the chains all day.

He’s such a physical runner and his effort was off the charts on Sunday. There is just no quit in him, and it’s amazing to see him continue to squeeze out extra yards with all the second-effort he is showing. Let’s take a look at the excellence performance of Ezekiel Elliott against the Rams.

One of the great things about Elliott’s carries is that the team was able to keep him fresh all game. The coaching staff did a fantastic job of cycling him and Tony Pollard as we got a nice taste of the rookie back early and often. With both of these guys maintaining fresh legs, the rushing attack was in full swing on every down. It made it incredibly hard on the defense and as you could see, they just weren’t able to stop these guys.

Pollard is such a talented player in his own right. In a lot of ways, he’s very much like Zeke. Forget all this talk about him not being able to run between the tackles as that’s just hogwash. Pollard is so good at seeing the lanes and exhibits excellent footwork as he patiently waits to attack, and then – bam! He’s off and running! It was very fun to watch.

This is what we have been waiting for ever since the Cowboys drafted the Memphis running back. This duo works so well together, and when the offense utilizes these guy in this manner, it just sparks this team. Dak Prescott had just 23 attempts on the day, his lowest amount all season, yet it was one of the most impressive offensive displays we’ve seen from this team all year. The sheer determination of Zeke combined with the explosiveness of Pollard makes this one-two punch a very dangerous tandem.

Let’s hope we get to see more of that.