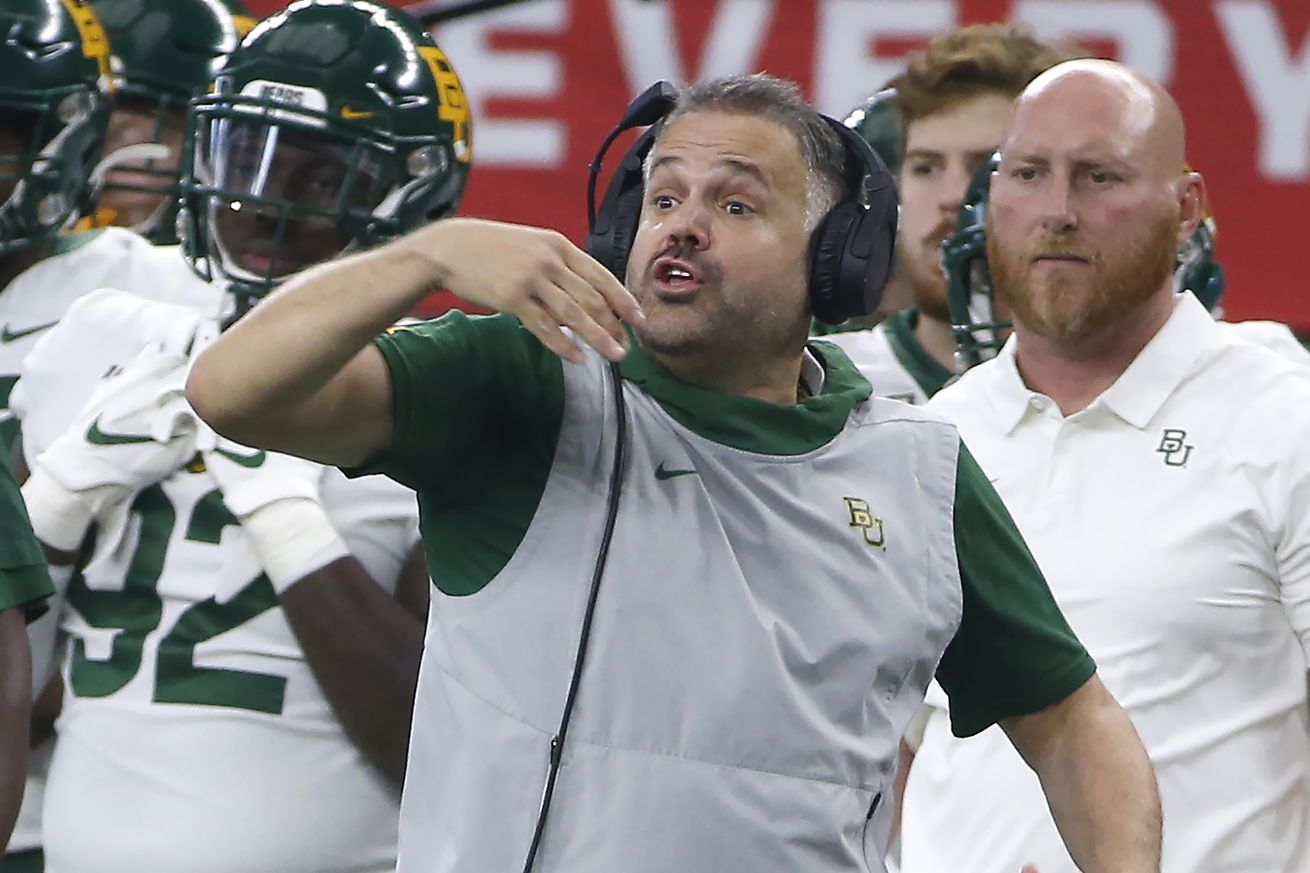 We’re not sure if he’s actually in the mix for a Cowboys position, but there have been rumors.

If you’re a Cowboys fan, then you already know we’re living in a state of limbo when it comes to determining the future of the franchise. Technically, Jason Garrett is still the head coach of the team, but that could change at any minute. There have been plenty of names thrown out as possible replacements and one of those names is Baylor’s head coach Matt Rhule. If you want to familiarize yourself with coach Rhule, you can check out his game against Georgia. In fact:

This is an open thread for game chat about Baylor/Georgia and coach Matt Rhule.

Rhule is reportedly a main target of the New York Giants. Not only is he from New York, but he worked on the Giants staff in 2012. He almost became the New York Jets head coach last year. Rhule has made the standard “the plan is to stay at Baylor” statement before his bowl game, but after that game is over his stance could certainly change. He reportedly turned down an offer to interview with the Cleveland Browns.

One of the reasons he’s been linked to the Cowboys is that Jerry Jones once brought his name up unprompted when discussing Lincoln Riley.

“Well I am impressed with [Lincoln Riley], but boy, I’m impressed with Baylor’s [Matt] Rhule too,” Jones told Dallas radio station 105.3 The Fan on Friday, per Jori Epstein of USA Today. “Two outstanding coaches at the stadium this weekend and that’s just that. They’ve done a great job positioning their teams, they’re sound in the way they’re approaching their teams. So that was a great chance to see a couple of great coaches out there.”

So there might be something there that makes watching Rhule tonight a scouting assignment for Cowboys fans.