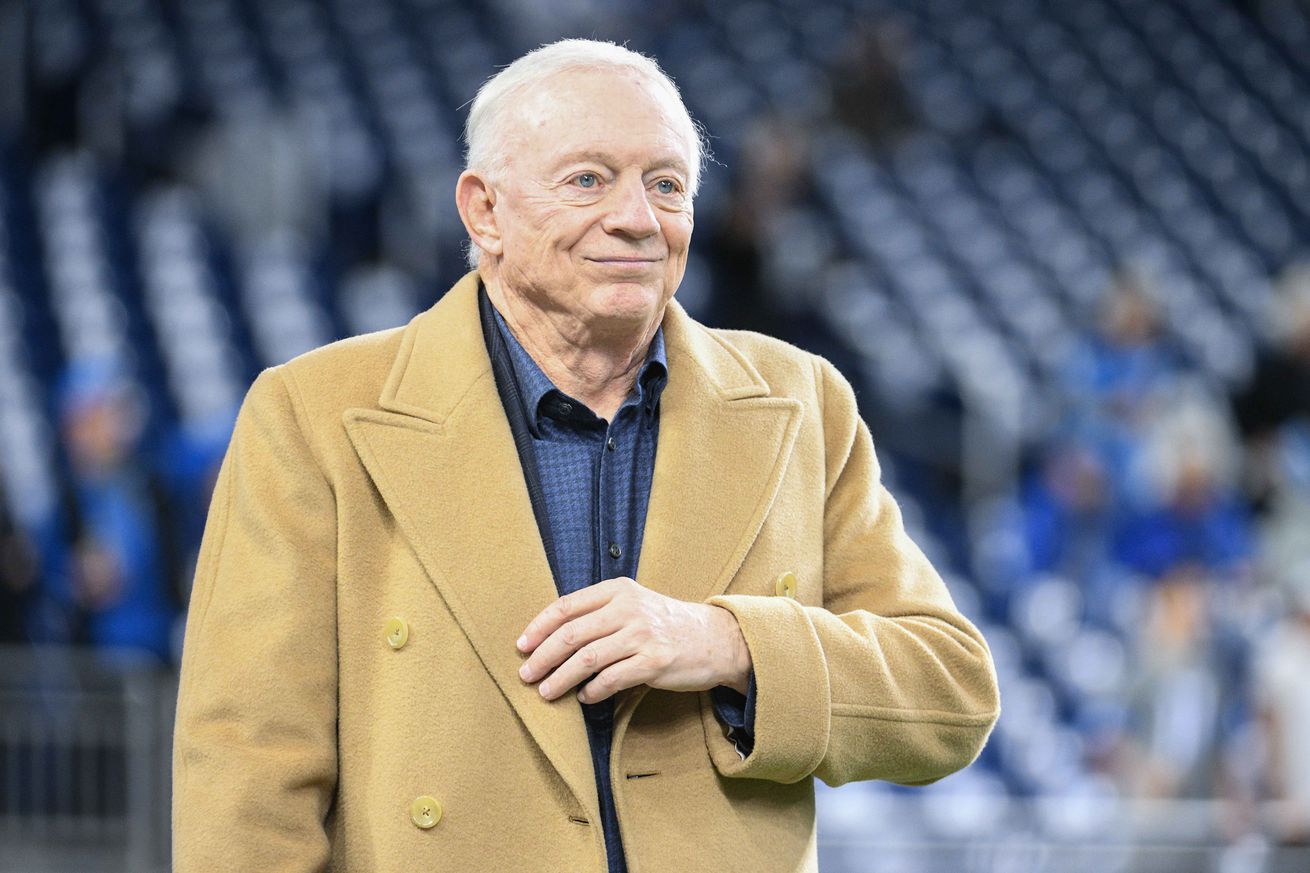 Plus, more information on the complicated Jason Garrett saga.

As we welcome in the new year, check out four resolutions for America’s Team in 2020.

The Cowboys can go a myriad of different coaching directions in their search to find a quality candidate. They can go the college route, which has been fruitful for Jerry Jones in the past, where candidates such as Lincoln Riley, Dan Mullen, Urban Meyer or Matt Rhule could be beneficial hires.

They could also go the more traditional route and snag a heralded offensive or defensive coordinator from another team. Coaches such as Kansas City’s Eric Bieniemy, New England’s Josh McDaniels, Indianapolis’ Matt Eberflus and Baltimore’s duo of Greg Roman and Don Martindale all have impressive backgrounds that could entice Jones to give them the keys to the Cowboys franchise.

A less exciting option for Dallas would be to hire a retread as head coach. The newly analytic friendly Mike McCarthy is the biggest retread available, but other names such as John Fox shouldn’t be completely discounted. Ron Rivera is a name that would have also likely been considered had he not been scooped up by Washington so quickly. Minnesota’s Mike Zimmer is probably the more exciting option in this tier, though he’d require a trade.

Jerry Jones certainly is in no rush to figure out the Jason Garrett situation.

Monday came and Garrett held his final team meeting with Jones present. Several players said it was an emotional event not only because the season was over but the possibility of Garrett leaving for good was clear. Garrett also conducted some exit interviews, like he would any other season. He then spoke with Jerry and Stephen Jones about a variety of topics, and then everybody went home.

Tuesday morning, Garrett arrived at The Star and spoke to Jerry and Stephen Jones again, sources said. By midday, some assistant coaches were headed home with their work done and with Garrett still in place as the head coach. One assistant coach said he didn’t know what was going on. It seemed a perplexing Tuesday afternoon was normal for the Cowboys.

Outsiders love to say the Cowboys are a dysfunctional organization. Have you checked out what Cleveland has done? Washington? Maybe the New York Jets?

More information on the complicated situation involving Jason Garrett and the Dallas Cowboys.

The deliberate process with Garrett over the last few days has been about respect and allowing him to complete exit interviews with his players on Tuesday. There is no way the Cowboys will earnestly begin a new year and a new era without going in a new direction at head coach, right?

What is true is that if they do make a change, the elongated process could hamstring their ability to interview certain coaches.

Per NFL rules, coaches on playoff teams with a bye are only allowed to conduct interviews through Sunday, the final day of wildcard weekend.

The former Cowboys star quarterback had some thoughts on what Dallas needs in a new head coach.

“There’s been a long drought of not a lot of success. Why wouldn’t you go back to what worked? That’s the part that’s frustrating for me,” he said. “The fans deserve a lot. They pay a lot of money to go to the games. They pay a lot of money for the jerseys. They deserve the best opportunity to see their team win each and every Sunday and I don’t know that they’re always getting that.”

The problem, Aikman said, is compounded by the fact that the best coaches want total control, so despite the fact that the Cowboys’ job is one of the most attractive in sports, many are scared off by Jerry Jones’ meddling.

“The Dallas Cowboys are the greatest franchise in all of sports. And I think they should have the greatest coach. That’s the way I view it,” Aikman said. “I also know there are some great coaches that under the current structure as to whether they would [even] want to take the job. Head coaches who have success, even the brand of the Cowboys as tempting as that is, are not going to be put in that position. It could be a very attractive job if things are structured properly. You could get anybody you want, which is a pretty awesome position to be in.”

Despite the Buzz, Quiet Start to the Offseason – Nick Eatman, dallascowboys.com

In an offseason that likely will be extremely chaotic, the first few days have been rather quiet.

The players were available in the locker room on Monday, but only a handful met with reporters. One of which was Sean Lee, the veteran linebacker who joined the team in 2010, the season Garrett took over as head coach.

“For me, it’s a guy who’s an unbelievable coach, unbelievable person,” Lee said of Garrett. “Put his heart and soul into coaching, believed in his players with his entire heart and forced us to be better than we could be in a lot of situations. He made me believe that I could come back from a lot of injuries … a guy who inspired me and really made me a better football player than I thought I could be.”

The only form of media Garrett did Monday was his regular radio segment on 105.3 “The Fan” in Dallas. That’s where he said he would meet with the Jones family regarding his future. But he was also asked about this past season, and had to answer why the Cowboys finished 8-8 and missed the playoffs.

What would the Cowboys do in the 2019 draft if they were to do it again?

The selection of Connor McGovern in the third-round by the Dallas Cowboys was an odd one. They already had their starting five all but set and also had pretty solid depth behind them. To make matters worse, McGovern did next to nothing as a rookie due to an early injury and knowing where he will fit in 2020 is just as unclear.

I personally wanted the Cowboys to draft Chauncey Gardner-Johnson here originally and that’s how I used their Mulligan this time around. We all know they need to upgrade the safety position and failed to do so in the second-round. Since I stuck with Trysten Hill earlier, I decided to rectify the failure/mistake. Gardner-Johnson has had a solid rookie season with the Saints and could have been the future at the position next to Xavier Woods in Dallas.

We continue to await the results of the meetings between the Joneses and Jason Garrett.