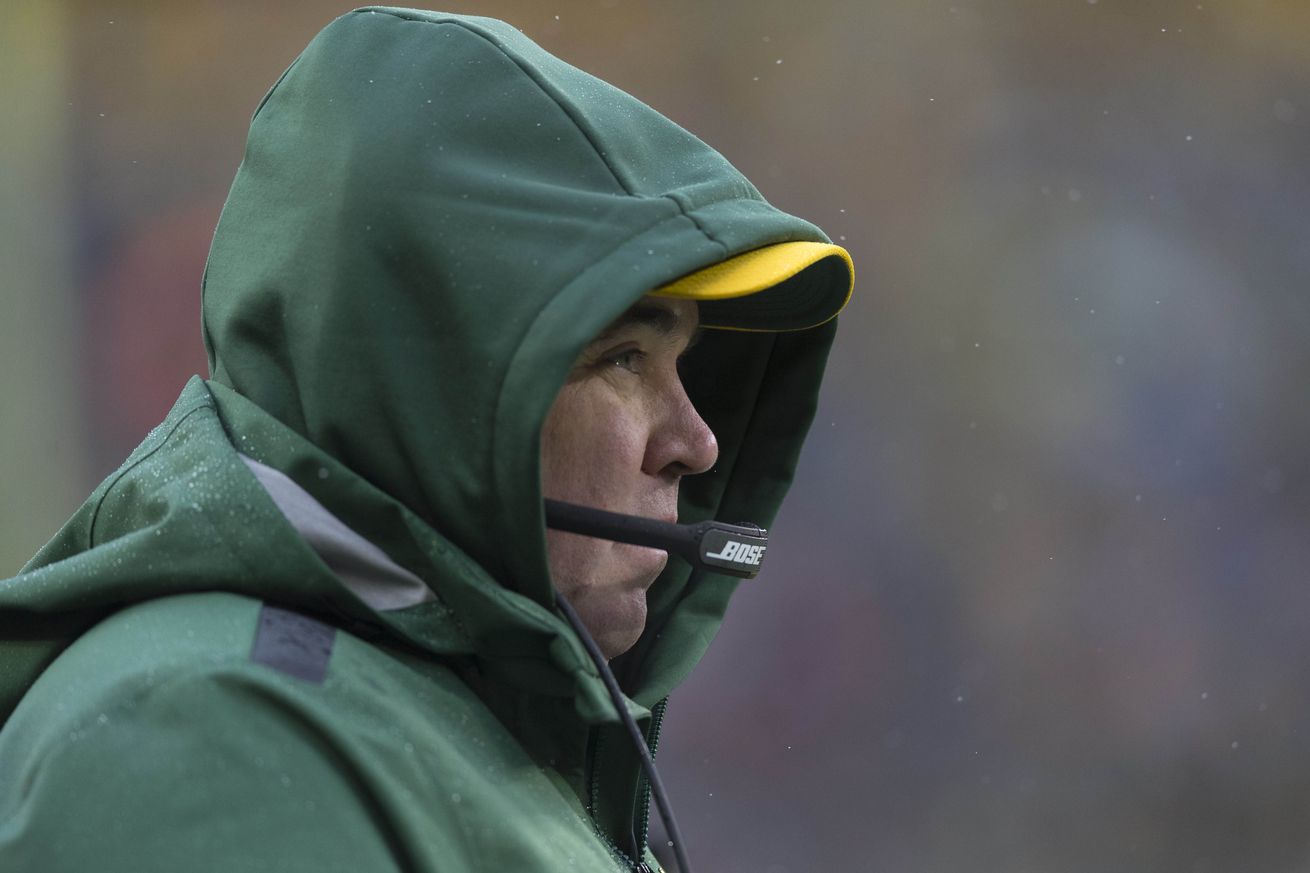 The Cowboys new coach wasn’t forced to keep any coaches he didn’t want.

The 2019 season feels so far in the rearview mirror for the Dallas Cowboys. With a new coach, former Green Bay Packers main man Mike McCarthy, the Cowboys will spend every day for the next several months building their plan for dominance in 2020. Of course, McCarthy has been building this plan for a lot longer given his year away so there will be a lot of eyes on this team next season looking to see if this hire truly works.

The hire was strange not so much in that it was McCarthy, but just the sequence of it. Dallas chose to live in limbo with Jason Garrett for the first week of their offseason and then seemingly made up for lost time rather quickly. After a ton of speculation, FOX’s Jay Glazer reported both that the team was parting ways with Garrett (which they confirmed) and that they were hiring McCarthy (which they have not at the time of this writing).

Obviously Glazer is pretty tapped in on this story given that he broke the two biggest details of it. He went on Monday’s edition of The Herd with Colin Cowherd and offered up some interesting information as to how all of this came together.

On if McCarthy is the person that the Cowboys targeted to be their head coach “a week or two ago”:

“At first they wanted defense. The more they did research on Mike McCarthy, the more they really started to fall in love with the grunt that is Mike McCarthy. He is a football guy. And when they met with him and interviewed him, I think they looked at it and said there’s such a difference between him and Jason Garrett.”

“Jason Garrett obviously a Princeton kind of guy. Mike McCarthy is just a Pittsburgh guy. Worked at the tollbooth. He’s a grunt. And the way he went in there and explained how he would run their offense, run their team. That team needs a lot of discipline also.”

“They just fell in love with him throughout the night. Again I reported yesterday on our FOX NFL Sunday playoff show that he was still in Dallas. The interview was only supposed to last the first day, but it went so well they ended up keeping him overnight.”

On if there were any concessions that McCarthy had to make with regards to the coaching staff:

“Nope. Nope. Zero. At first the Cowboys I think were looking at it like ‘We love our offensive coaches, we’d love to do that,’ but at the end they talked to Mike and they all talked through it. And I think they realized ‘You know what we’ve done this in the past, we’ve tried to push certain coaches on others,’ we can’t do it this time. And they pulled off.”

“Look all of the pieces are in place. They just need some ball coaches who can kind of ratchet up the discipline there and use those pieces a little bit better.”

On McCarthy not having a great history at developing rushing games and if that was a concern for the Cowboys:

“No. One of the things he walked in there he was like, he hasn’t really had a guy like Zeke Elliott before. You know Mike, look when you have Brett Favre, when you have Joe Montana, Brett Favre, and Aaron Rodgers as your quarterbacks, you’re going to kind of go pass happy. But he’s never really had a guy like Zeke so, no. That’s one of the things they discussed also. He loves Dak. He’s excited to work with Dak, but he hasn’t had a Zeke Elliott type guy. No, they’re going to feed him like crazy.”

It’s interesting seeing Glazer mentioned twice that discipline is needed for this team. This is a sentiment that many likely agree with as the Cowboys seemed to lack that quality in many situations in 2019.

Perhaps the greatest revelation here is that there were no concessions for McCarthy in terms of his coaching staff. While there are certainly names that we’d all like to see him retain, as the team’s head coach, he should have full say at who is and isn’t on his staff.