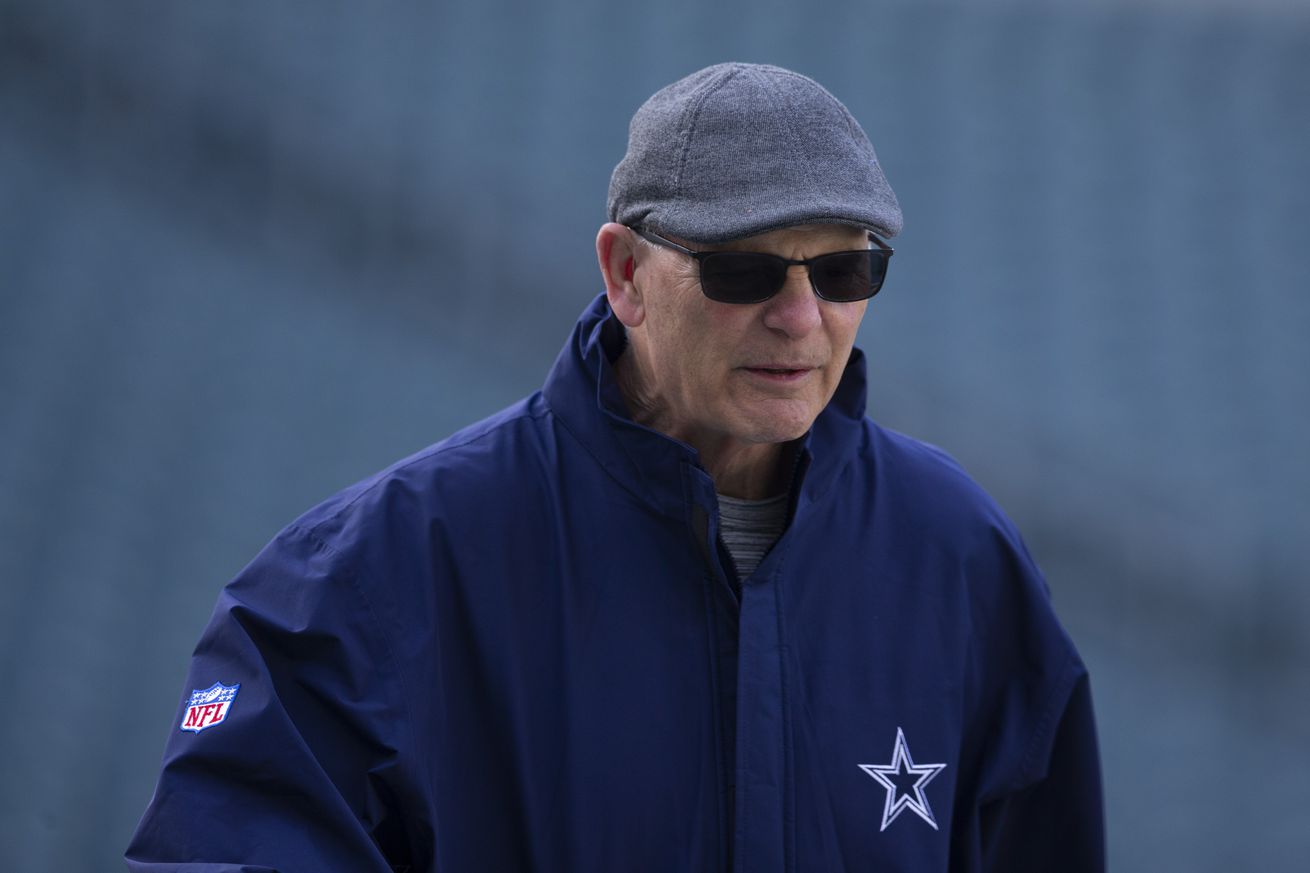 Plus, Leighton Vander Esch got surgery; when will he return?

With the expected hirings of Mike Nolan as defensive coordinator and Jim Tomsula as defensive line coach, that seemed to indicate Rod Marinelli’s days in Dallas were finished. We got hard confirmation of that on Tuesday, as the coach took a job in Sin City.

The 70-year-old Marinelli was Gruden’s assistant head coach and line coach in Tampa Bay from 2002-05, before he left to become head coach of the Lions. The Raiders seemed to make progress this year under Buckner, improving from 13 sacks in 2018 to 32, and going from 30th against the run to eighth.

On Tuesday, Cowboys safety Xavier Woods went on the show Undisputed with Skip Bayless and Shannon Sharpe to discuss all things Cowboys. Along with some other interesting nuggets, Woods made a bold prediction about the 2020 Dallas Cowboys.

Mike McCarthy, who won a Super Bowl with the Packers, now is charged with getting the Cowboys where they haven’t gone the past 24 seasons. “New energy breeds something different,” Woods said. “He’s won before.”

Woods is so confident in the Cowboys’ talent and McCarthy’s history that he predicts the Cowboys will play in Super Bowl LV in Tampa next February. “We’ll be in the Super Bowl,” Woods said. “I don’t know where it is [next year], but we’ll be there.”

Leighton Vander Esch missed nearly half of the 2019 season with a neck stinger, a potential concern given the linebacker’s history with the injury. And while he never went on injured reserve, Vander Esch did get surgery to hopefully fix the issue.

Vander Esch was expected to undergo some type of surgery when Dallas placed him on season-ending injured reserve on Dec. 23. NFL Network’s Jane Slater reported at the time that the second-year linebacker was expected to be back well before training camp.

Vander Esch has had recurring neck issues dating back to his college days at Boise State. The linebacker wears a restrictor to keep his range of motion under control while playing, but suffered a stinger during the 2019 season. Issues with his neck and back limited him to nine games during the 2019 campaign.

It’s been well documented that the Cowboys haven’t won a Super Bowl since the days of the Triplets, and even though they technically won a ring without Jimmy Johnson, it was the team he helped build. Now that Johnson is being inducted to the Hall of Fame, it’s a sobering reminder of what Dallas has become without him.

Perhaps most surprising was how this tearful induction marked the finest moment in the past 25 years for the Dallas Cowboys, a franchise marred by inconsistency and mediocrity, unable to recreate the success forever synonymous with Johnson at Valley Ranch.

The moment was poetic justice distilled, a quarter-century after poetic injustice crippled a dynasty when Johnson unceremoniously left Dallas after a falling out with owner Jerry Jones. That one decision stands as the turning point that has haunted the team, especially Jones, ever since.

The truth is that for an entire generation of Cowboys fans, fandom is more of a family heirloom than it is due to anything the team has done on the field in the 20-plus years since Jimmy’s departure. It is a remembrance of a time when the nickname “America’s Team” carried weight or of a franchise that combined popularity and dominance so seamlessly that its only competition for cultural supremacy was Michael Jordan and the Chicago Bulls.

There have been talented teams post-Jimmy — perhaps none more so yet ultimately more disappointing than this season’s team. There has been a 13-3 season here, a 12-4 campaign there and occasional divisional championships. But gut-wrenching playoff losses are the closest the franchise has come to the successes of yesteryear.

It’s no secret that Jerry Jones, one of the few owners to also act as general manager, is heavily involved with the day to day operations of the team. That makes it all the more surprising that Mike McCarthy is being given free reign over his new coaching staff.

McCarthy is expected to call plays, but if he doesn’t, it’ll be his choice as opposed to the owner’s decision. Moore and Doug Nussmeier, who’s moving from tight ends coach to quarterbacks coach, will be the only holdovers from Garrett’s staff. None of the new dudes have a history with Jones. Their loyalty is to the guy who hired him: McCarthy.

Giving McCarthy control of the staff and the ability to hire and fire gives him juice. It’s important for players to know the coach – not the GM – controls their future on the roster.

Mike McCarthy has Everything he Needs to Turn Cowboys Around Quickly – Matthew Lenix, Inside the Star

Mike McCarthy was no doubt brought in for the Cowboys to be successful immediately, especially with all the money Jerry Jones is about to spend on his players. It’s good, then, that McCarthy seemingly has all the pieces in place to get the Cowboys where they need to be sooner rather than later.

Quarterback Dak Prescott saw his numbers go through the roof this season. He set career highs in yards (4,902) and touchdown passes (30). He led the league in passing yards for the first 15 weeks until eventually being edged out by Tampa Bay’s Jameis Winston. Moore really took the shackles off and let Prescott’s true arm talent be put on display, unlike the days of former OC Scott Linehan. McCarthy has been around some of the greatest quarterbacks of all-time during his coaching days such as Joe Montana, Brett Favre, and Aaron Rodgers. I have no doubt he’ll bring the best out of Prescott.

Ezekiel Elliott is coming off another excellent season, albeit under the radar. The two-time rushing champion finishing fourth in rushing (1,357), tied for fourth in rushing touchdowns (12), second in all-purpose yards (1,777), and tied for first in 100-yard games (7). Mind you, he did this while playing with the NFL’s second-leading passer and two 1,100-yard receivers, which doesn’t happen often. During his introductory press conference almost a week ago, McCarthy made it clear that Elliott would indeed get his touches.

“I think first off with Zeke, he’s going to get the football,” McCarthy said. “Let’s make no mistake about that. I think you have to clearly understand when you saw the offense is going to make a quarterback successful, the best play to make him successful is a great run game. We clearly understand what we have here and how we could build off of that.”

We have a special edition of The Ocho on the BTB podcast for you. Our own RJ Ochoa filled in on ESPN San Antonio’s The Blitz on Tuesday and along with Jason Minnix interviewed Cowboys VP of player personnel Will McClay. Listen to it right here.