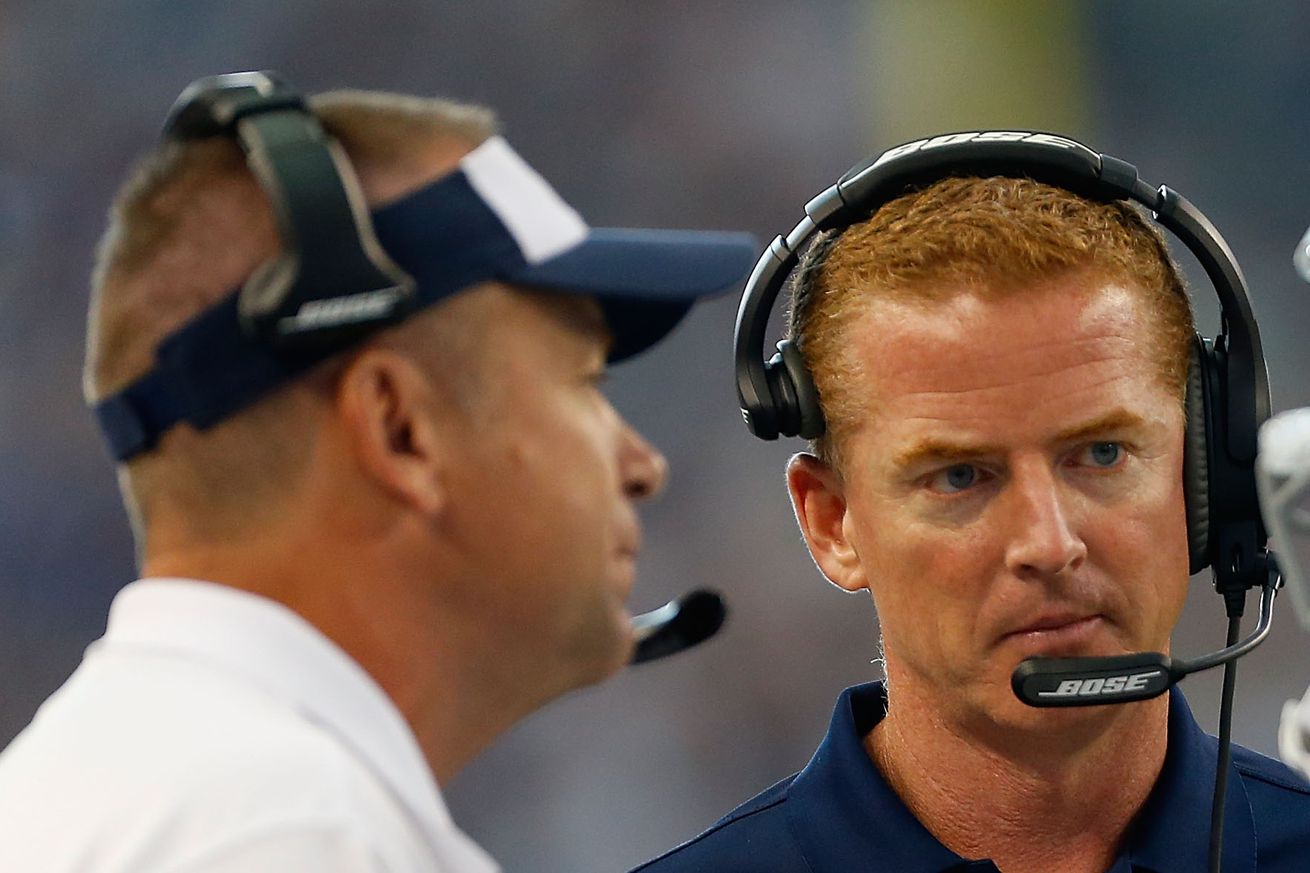 Could Jason Garrett and Scott Linehan end up in New York?

The New York Giants have a new head coach, Joe Judge, who came over from the New England Patriots. What they don’t have is a new offensive coordinator, but one person they have interviewed for that position is ex-Cowboys head coach Jason Garrett. It’s been well-documented that Garrett played for the Giants for a few years and is from that area of the country so it would be like a homecoming of sorts for Garrett.

One report from NJ.com seems to think that the Giants are leaning in Garrett’s direction. Part of the reason for that is the Giants decision to interview another ex-Cowboys coach, Scott Linehan.

The latest sign of that possibility came on Friday: the Giants reportedly will interview former Cowboys offensive coordinator Scott Linehan this weekend, per ESPN’s Chris Mortensen. He also will reportedly interview for a job on Matt Rhule’s staff with the Carolina Panthers.

Former @dallascowboys OC Scott Linehan has resurfaced as a candidate to interview for the staffs of the @Panthers, the @Giants and the Jaguars. He has scheduled interviews with each this weekend, per sources.

While it’s possible Judge wants to speak with the longtime coach about being his offensive coordinator, it seems more likely it would be for a job on Garrett’s offensive staff if the Giants do ultimately hire him.

The theory is that Linehan could be something like a passing game coordinator for Garrett, because he couldn’t be a wide receivers or quarterback coach since the Giants have already filled those positions.

This would certainly add a ton of intrigue to the Cowboys and Giants matchups in 2020 if Dallas was facing a couple of ex-Cowboys coaches who know the team very well. But given the issues they also had in Dallas, who knows how the Giants offense would look. We’ll have to wait and see if it happens.