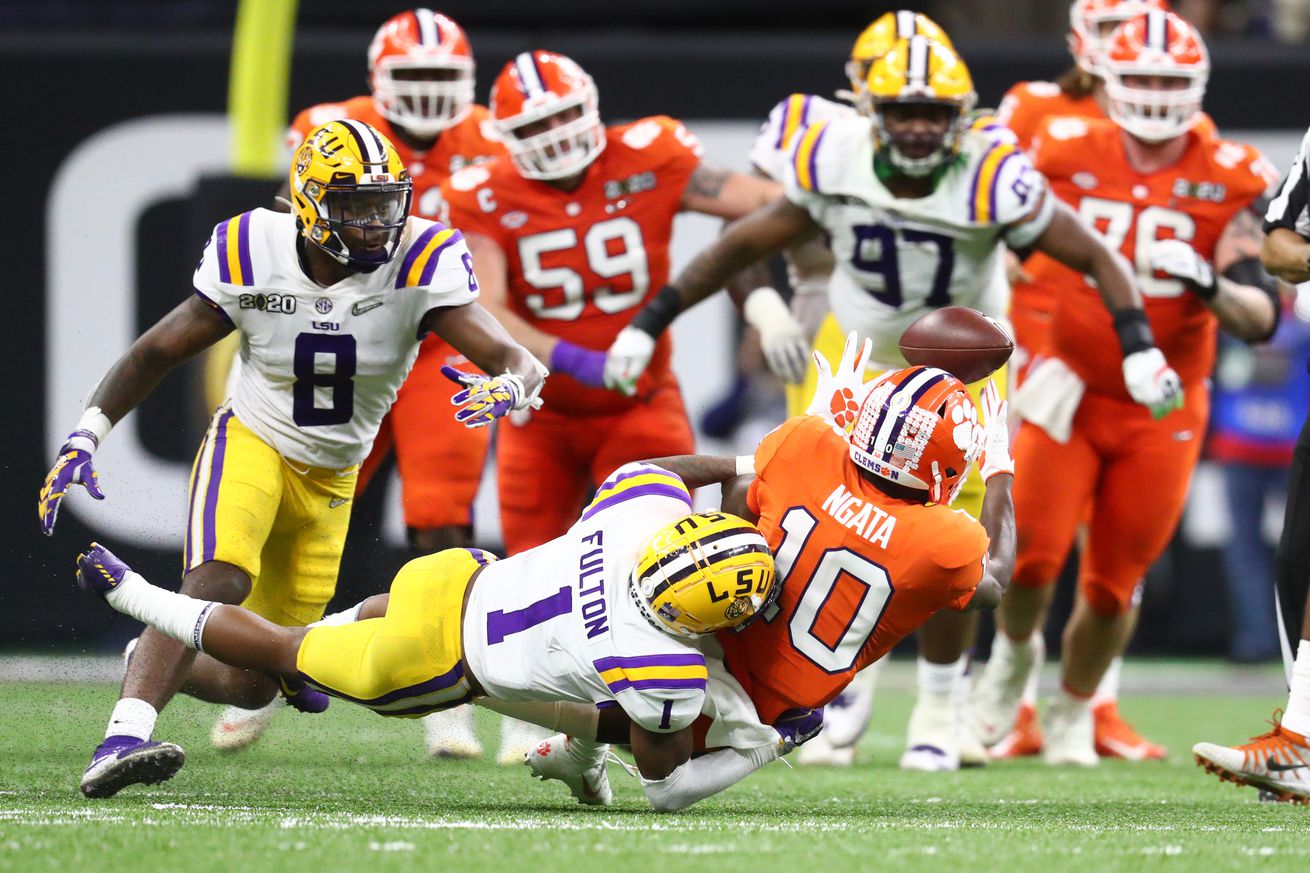 Let’s take a look at five defensive Senior Bowl prospects that could be on the Cowboys’ radar.

The Senior Bowl will take place Saturday, January 25th, and that will be the first signal that draft season has officially begun. The Cowboys will undoubtedly have their eyes on several prospects, and the practices and game are great opportunities to get a closer look. The Senior Bowl is where the Cowboys first fell in love with Zack Martin. It was also the first glimpse most of us draft-a-holics got on the incomparable Aaron Donald. The Senior Bowl provides a stepping stone for many players to make their march toward the NFL.

The Cowboys will certainly be looking to add talent to their defense as several key contributors will be free agents and you can’t expect to sign them all. With all the coaching changes, Mike Nolan, the Cowboys’ new defensive coordinator, might have a heavy influence on this year’s selections. Here are five defensive participants that could be on the Cowboys radar:

Pros: Fulton is a quality man cover corner with the fluidity to hang with just about any type of receiver. He does a nice job of mirroring his opponent and is very comfortable in bump-and-run techniques. Fulton also has good ball-tracking skills and possesses the closing speed that makes him a difficult target to throw on as windows are small. He doesn’t allow much separation and shows excellent patience. Fulton doesn’t grab because he is comfortable carrying opponents and confident in his skill set. He’s a very competitive corner that attacks the ball with plus ball skills.

Cons: Built a bit wiry and though he can be physical, he’s made one too many ankle tackles. Fulton has questionable wrap-up skills as a tackler and he’s got a ways to go as a run defender. Fulton was suspended in 2017 for tampering with an NCAA drug test.

Pros: Has exceptional range to play single-high safety with the ability to cover a large radius. Very skilled with leveraging routes and squeezing zones in coverage. Davis is a very physical hitter and has versatility due to his wealth of knowledge in zone schemes. He has really impressive quickness and above average instincts. He has made some incredible plays on the ball in coverage and has excelled at every defensive back position, including slot corner. Can be a viable defensive weapon with the right pairing of coaches.

Cons: Physicality is unquestioned but tackling is somewhat inconsistent. He is sometimes forced into chase mode too quickly and might not make the best box defender. He will need ample work to improve as a run defender.

Pros: His massive size jumps out to you immediately and it’s no secret why the Buckeyes loved having him anchor the defensive line. Hamilton shows the ability to hold up very well against double-teams and can split them often to make the play. He’s very experienced, playing 35 games, recording 14.5 tackles for loss, and two sacks. Hamilton makes the most of his first-step and has great hand technique. He really gave blockers fits, most notable was his success vs. Wisconsin Center Tyler Biadasz, who is a top interior lineman prospect. Hamilton is as strong as he is smart and it makes him a load to deal with for his opponents.

Cons: Lack of production is concerning though his tape is still very good, showing consistent effort and pressure down after down. Has some tendency issues with popping up too early and losing the leverage battle. There isn’t much to take issue with overall, a very solid nose tackle prospect.

Pros: Burgess has played every game since 2016 for the Utes. He’s been a quality contributor on both defense and special teams. A very reliable tackler and is a phenomenal downhill player in run defense. He’s not the best athlete but he makes up for it with incredible spatial awareness. He has the skills to cover tight ends in the slot and carry them off the line in man coverage. Burgess does a nice job of baiting quarterbacks and he’s comfortable in zone, where he tends to make big plays.

Cons: Wasn’t a starter until this past season. Burgess does not project well playing single-high and is most effective with assignments in front of him. His lack of weight and strength make it difficult to project his ability to be a consistent wrap up tackler at the next level.

Pros: Explosive off the ball and is a moldable piece of clay with traits to be an elite pass rusher. Though he’s rather green in experience, he’s got a great understanding of leverage as well as blending his speed with power. Utilizes powerful hand technique to get off blockers and affect the quarterback.

Cons: Robinson has not shown the ability to rush inside and is only effective from the outside stance. He doesn’t have many rush moves and needs to have a plan because re-direction is not a strong suit. Not a great option to run stunts with and his hand technique needs refinement. Will need coaching to improve awareness and show him how to use his gifts.