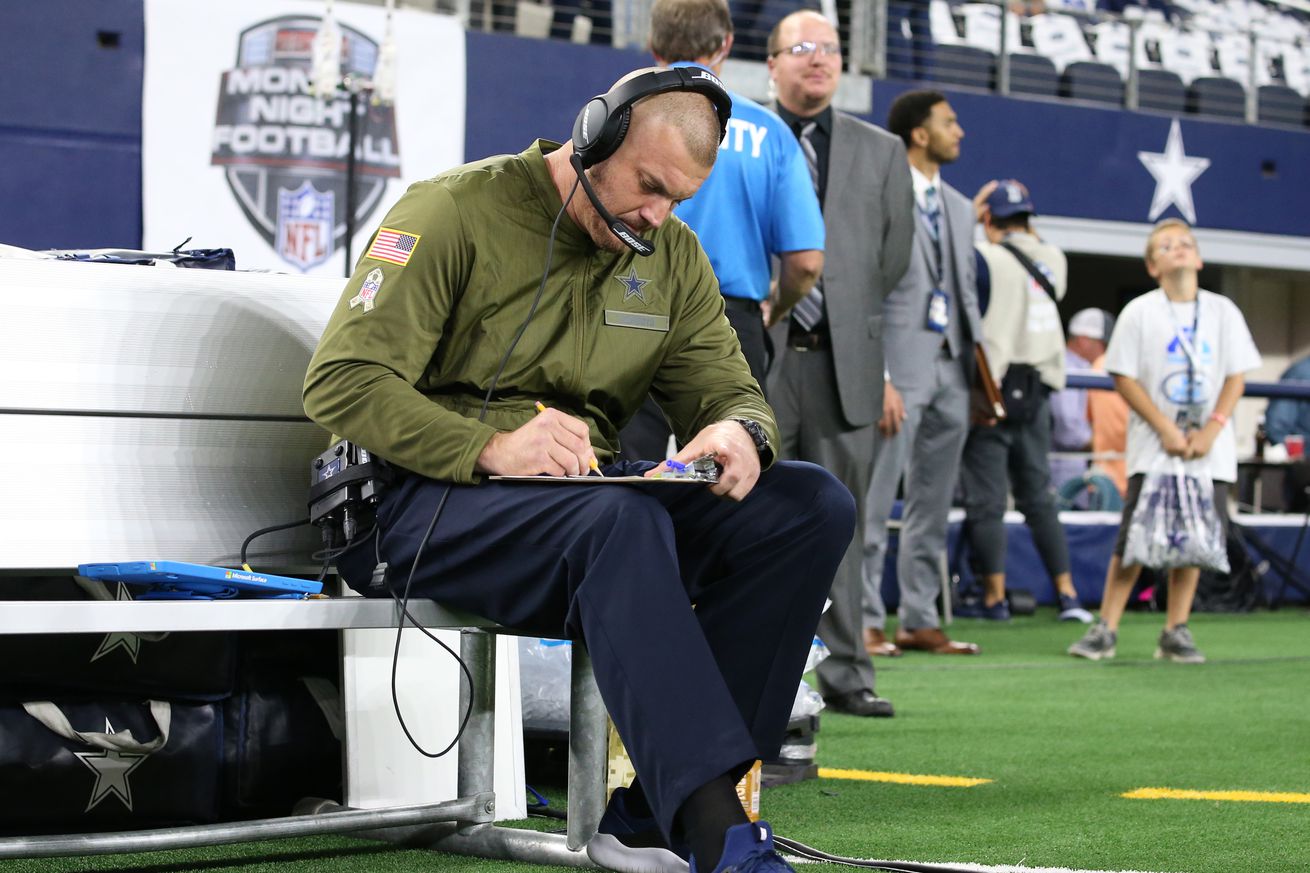 When the New York Giants decided to hire former Dallas Cowboys head coach Jason Garrett as their new offensive coordinator, it made sense that former assistants of America’s Team might make their way to New Jersey.

New Cowboys head coach Mike McCarthy has turned over most of the team’s staff which meant that a lot of coaches were looking for work. While there weren’t a ton of openings with the G-Men there were some that allowed people to connect dots between Garrett and some of his former staff members, and one of them has become official. According to NFL Network’s Ian Rapoport, the Giants are hiring former Cowboys offensive line coach Marc Colombo in the same role.

The #Giants are expected to hire former #Cowboys O-line coach Marc Colombo for the same role on Joe Judge’s staff, source said. His familiarity with OC Jason Garrett helped, as did his work in Dallas last year.

Colombo played for Jason Garrett’s Cowboys and climbed the ranks on his coaching staff when he got into that side of professional football. He was an assistant on the team’s overall staff in 2018 and took over the offensive line over the second half of that season after Paul Alexander was fired. The group regained their usual form and a lot of that credit rightfully went Colombo’s way.

To be honest Marc Colombo was someone that a lot of Cowboys fans were sad to see go. When word first broke that he could wind up following Garrett to the Giants people were understandably bummed, but at this point the best course of action is to trust Mike McCarthy.

All the best to Colombo and Garrett in their future endeavors. We’ll see them twice a year.