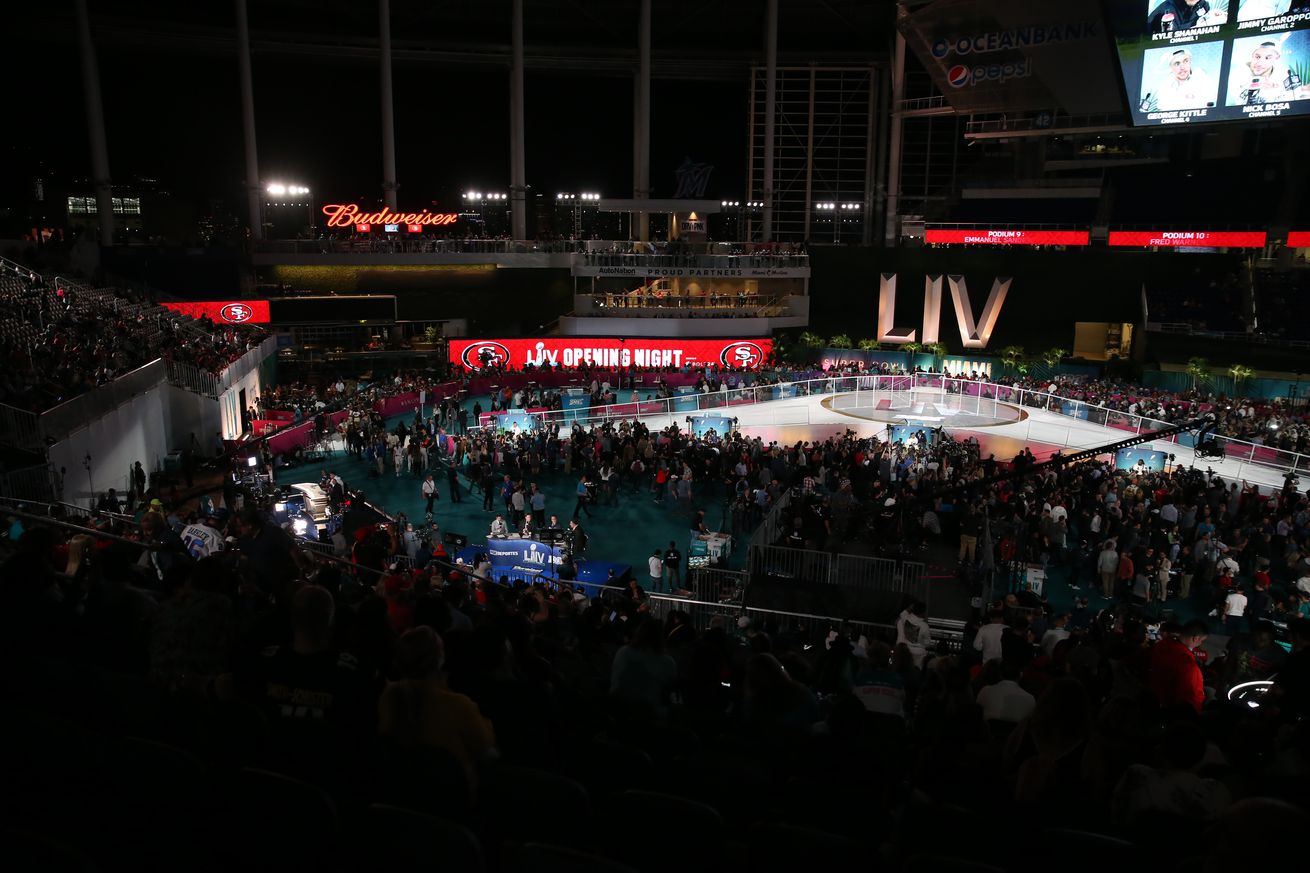 Those that spent time in Dallas had some thoughts on their experiences.

This weekend will mark the end of the 2019 season for the National Football League. There is only one game left to play, Super Bowl LIV between the Kansas City Chiefs and San Francisco 49ers.

It’s hard to see what’s relevant to the Dallas Cowboys between those two teams, but there are a handful of former members of America’s Team that will be participating on Sunday in various capacities. SB Nation is planted out in Miami for the week’s worth of fun and we were able to catch up with some former Cowboys. Here are our interviews with them and some highlights of what they had to say.

Once upon a time the Dallas Cowboys had Charvarius Ward (@itslilmooney) on their team. We caught up with him at the Super Bowl to hear his story.

“Yeah, I mean, I’m thankful for the Cowboys for giving me a chance to go out there and show that I — that I got some talent. I mean, they told me when they traded me like they know I could be a great player, but they had to make some moves to get some offense lined up because they were dealing with some issues on the offensive line. I mean, but I’m thankful for that but Brett Veach and Andy Reid, they believed in me and I had — I just want to go out there every day and prove them right, like, that they made a great trade that they won that trade that I’m a — that I’m a great young player that they — that they took a chance on and I’m going to prove them right.”

“Yeah, Coach Eberflus, man. He — he since my rookie — my rookie year, man, he took me in, taught me the ropes. Sean wasn’t in the room as much because he was hurt, but he just learned so much from all the schemes he’d been coaching and all the players he coached that he gave me so much information that it helped — that helped me grow. Yeah, I mean, he’s been a big impact. I still stay in contact with him. He still texts me; I text him; his family has always been good to me and nice and we’ve been the same back to his family. So that’s a relationship that won’t end. We’ll stay in contact with each other. We’ve both got — got busy schedules, so we try.”

“Sean Lee would be all of the above coach. Sean Lee, he can connect with anyone in some way, shape or form, so that’ll be good. But I’m not going to sit here and talk about coaching on his career. I don’t know if he’s done or not, but either way he’s going to be successful when he’s done, so, you know, I’m — I’m just — I — I think he should keep playing. He’s still got a lot — a lot of ball left. He’s played well this year. I watched him, stayed in contact with him throughout the season. I like he’s got some years left in him and hopefully he’ll keep playing.”

The Dallas Cowboys drafted Morris Claiborne back in 2012. Seven years later he finds himself in the Super Bowl with the Kansas City Chiefs. Check out our interview with him as he talks everything from Dallas to Kansas City.

Miles Austin was once a receiver for the Dallas Cowboys, but he’s now on the San Francisco 49ers staff. We talked about his whole football journey in Miami.

You know, but at the same time, like you said, we’re here now. You know? So I’ve got to make the most of this moment right here. Obviously am I going to reach out to those guys? I talk to those guys all the time. You know? So yeah, I would — I’ll definitely reach out. But right now we’ve got — we’ve got a mission, you know, a week from now that — that we’re focused on and — and ready to take — take head on.