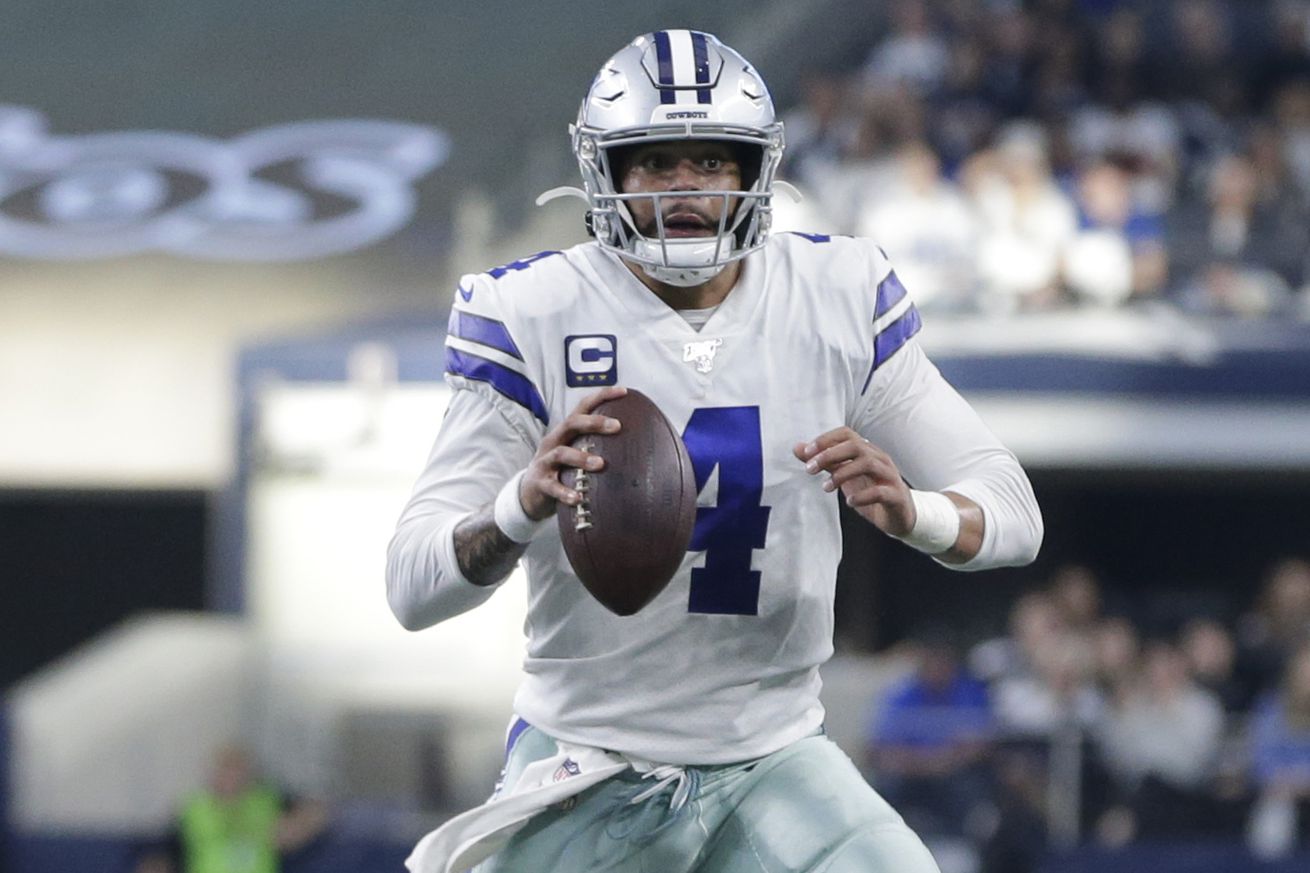 Cowboys quarterback opens up on a few different subjects.

Dak Prescott is making the media rounds during this Super Bowl week, and has generally expressed the same sentiment when asked about his contract situation. For instance, this is what he said in a recent ESPN interview.

That’s been his standard line, something we’ve noted here previously. During the ESPN interview, Sage Steele pressed a little further. She asked why he didn’t sign a $32-million-plus-per-year-offer from the Cowboys last offseason, and again, Dak didn’t let much out.

Steele, to her credit, didn’t let it go and asked if it was stressful during that time and leading up to the season. Dak responded:

“I can’t say it was stressful, I didn’t give it any thought. I controlled the things I could control. I can’t say I wasn’t disappointed or there weren’t things about it that didn’t set right or feel right, but the way that I play the game, the way that I approach my every day, the contact had no effect on it.”

Prescott is smart to push the contract discussion over to his agents and the team, for him to get in the middle of that, especially in a public forum, is never going to turn out well. But at least we know that he’s human in expressing disappointment, and that he wants more money than $32 million a year. Expect his agents to push for him to be the highest-paid player in the league, surpassing Russell Wilson’s $35 million a year.

Prescott is later asked about the franchise tag, with the question phrased as ‘you will get tagged if a deal isn’t done.’ His response:

Steele pushes by saying do you think about that because a tag changes things. Prescott responds:

Prescott does a very good job of navigating the waters of a tough contract negotiation in the press, even with turning down offers and facing the prospect of getting franchise tagged.

The rest of the interview is worth your time.

In it, Prescott discusses his love for Jason Garrett and how he doesn’t like that he is going to have to play against him with the Giants. He also talks about his own development and how he’s been working on his mechanics, especially the last couple of years and his “Dak Dance” before games that caught on with the media and fans this year. His mantra is the body makes the throws, not the arm.

He also talks about how the team only went 8-8 and was 1-6 in one-score games despite his statistical excellence. He concedes he doesn’t have an answer for that, if he did they would have fixed it during the season. He also notes that the Eagles loss was the one game that sticks with him and that he thinks about now.

Dak goes into Mike McCarthy and discusses the Mike McCarthy Project. He also talks again about how special it is to be the quarterback of the Dallas Cowboys and how he can’t imagine himself playing anywhere else.