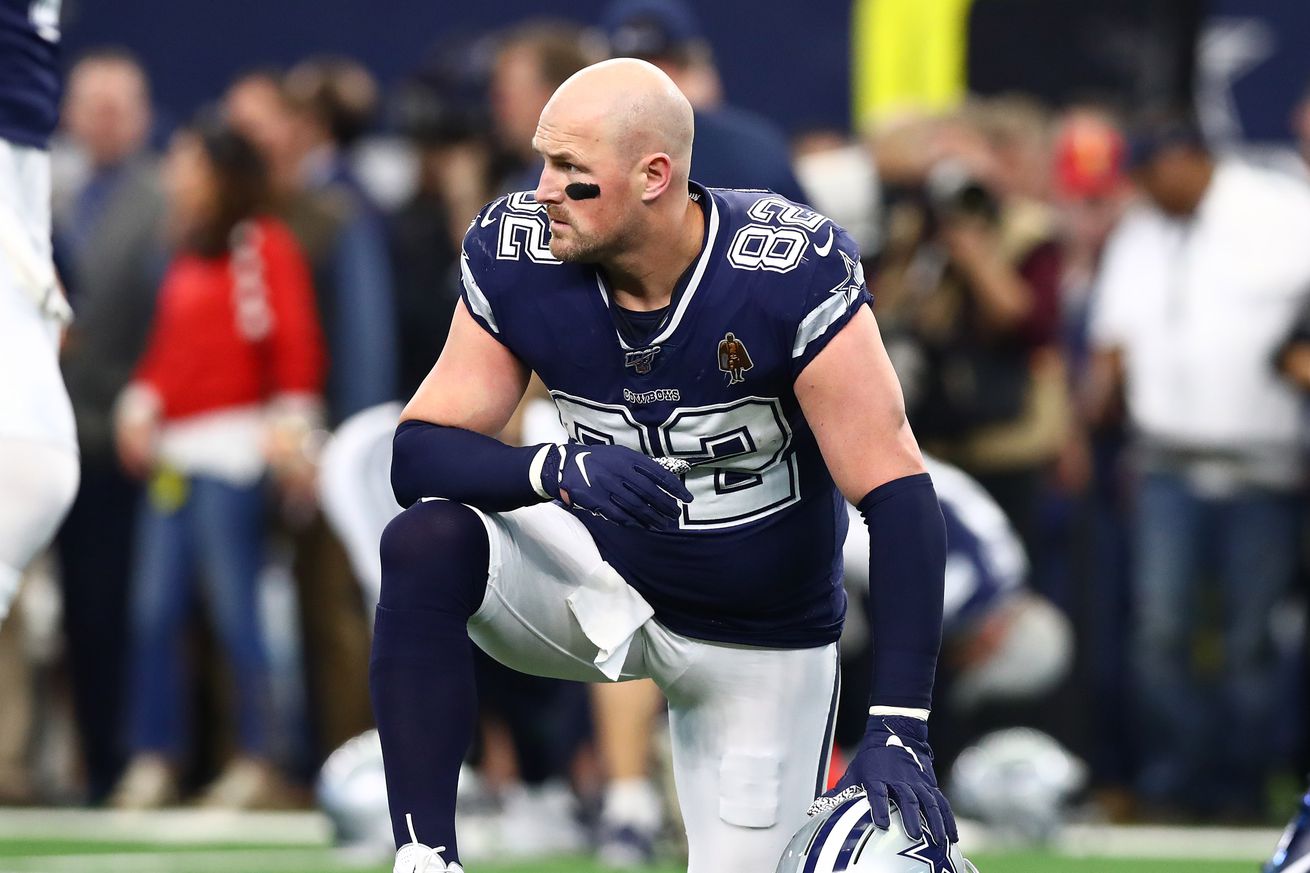 The fate of Gold Jacket Witt is in the balance.

Super Bowl LIV is just about here and the week before it provides a lot of media opportunities for many NFL players, and there are Dallas Cowboys among that group. Jason Witten made the rounds coming off of playing season for the Cowboys which wasn’t the case a year ago. Witten’s future has been debated by many, in terms of what they think will or won’t happen, and he’s speaking somewhat openly about it. Here’s what he had to say on The Rich Eisen Show on Thursday.

Would @JasonWitten consider playing for a team other than the #DallasCowboys? pic.twitter.com/7xfLQmGXJP

“16 years in Dallas, you would love to finish it off there. But I also understand and am not naive enough to think it may need to be somewhere else. That’s how this business works. So you have to be open to that idea.”

It wasn’t long ago that ESPN speculated that Jason Witten could follow his longtime friend Jason Garrett to the New York Giants, that would obviously be very weird. Witten told Rich Eisen that he was at least open to the idea of playing elsewhere. That’s hard to imagine, quite frankly.

What’s more is that playing for the New York Giants, which admittedly is only one hypothetical, doesn’t seem to be something worth doing for Witten (in terms of the general public’s opinion). He’s at the stage where the only thing that evades him is a Super Bowl win and, no disrespect intended, it’s not like the 2020 Giants are going to be legitimate contenders. It simply doesn’t make sense.

Greg Olsen announced this past week that he and the Carolina Panthers have agreed to go their separate ways this offseason so he might be another viable option for teams. Olsen hasn’t played as long with one team like Witten has, and obviously hasn’t dealt with the aftermath of being an announcer like Witten.

It’s possible that Witten is simply trying to push the narrative that he is willing to play elsewhere so as to motivate the Cowboys to bring him back. These types of practices are not uncommon with players as they enter free agency and with no available spot for Witten on the Cowboys coaching staff his options are seemingly shrinking.

What do you believe? Do you think that Witten is legitimately prepared to play somewhere else in 2020 or that he’s trying to convince the Cowboys that he is?