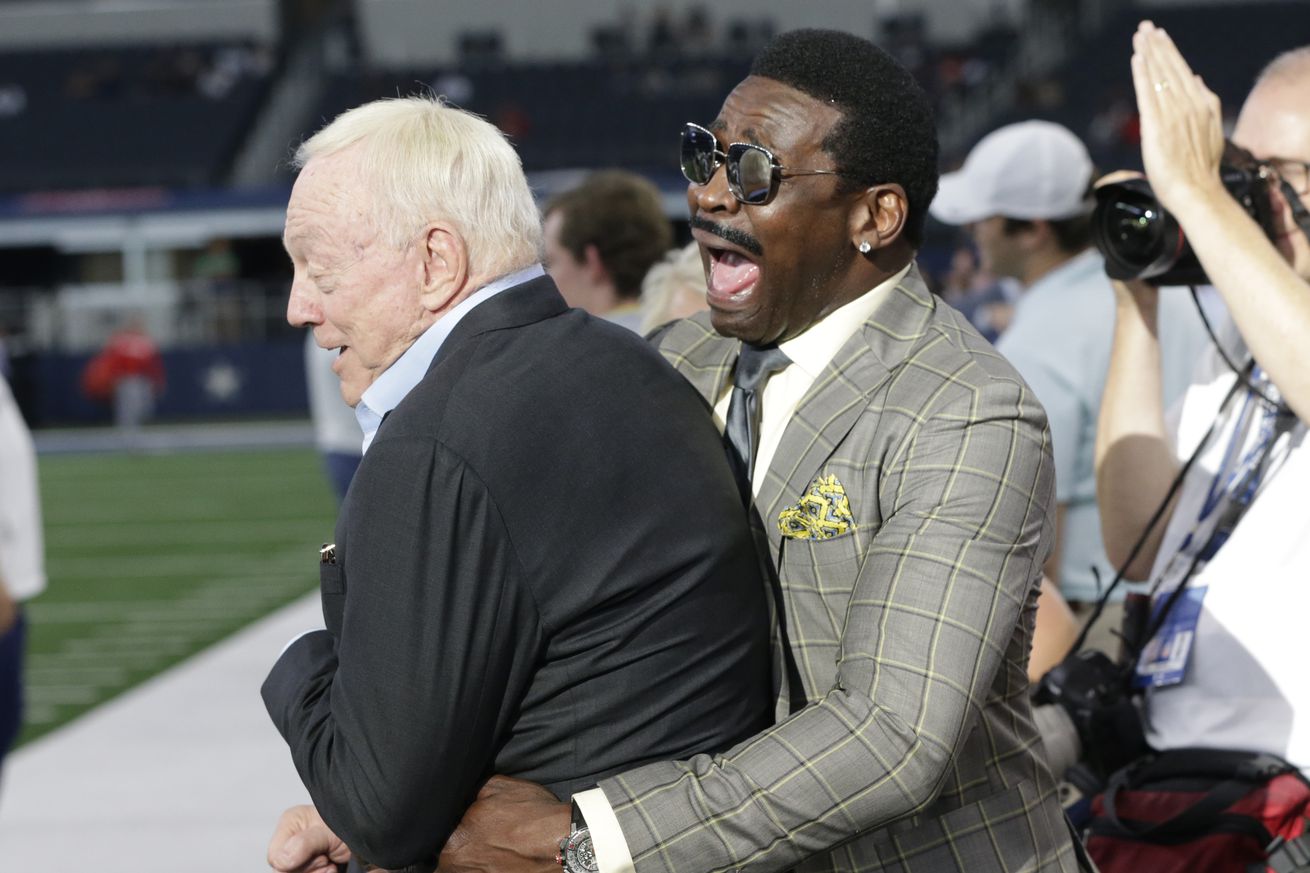 Things are going to be very exciting for the Dallas Cowboys when training camp shows up. Obviously this will be the case because football will be right around the corner, but it will also be true because of this year’s Pro Football Hall of Fame induction weekend.

Jimmy Johnson and Cliff Harris will be receiving bronze busts in Canton, OH which will be a ton of fun to see. The latter already has a place in the Dallas Cowboys Ring of Honor, but the former is still waiting. The fact that Johnson received football’s highest individual honor in terms of a Hall of Fame spot before induction into the team version of it is awkward for the Cowboys.

This reality has put the Cowboys in a difficult spot. If they do ultimately put Jimmy Johnson in the ROH it will highlight the fact that he is entering it with a gold jacket already on his shoulders. The timing of it all only highlights the perceived differences that Jerry Jones has held onto with regards to his former coach, even all of these years later.

Michael Irvin was a huge part of the Cowboys teams that experienced all of that success under Jimmy Johnson. He knows both men involved here very well and in many ways serves as an ambassador and unofficial spokesmen for Cowboys fans around the world. He summarized the situation perfectly while in Miami for the Super Bowl.

Michael Irvin has some thoughts on Jimmy Johnson being elected to the Pro Football Hall of Fame but still not in the Dallas Cowboys Ring of Honor.

Johnson becoming a Hall of Famer is a joyous situation and one that should yield only happiness. This is undoubtedly the case, it’s not like anybody is sad at this overall situation, but it’s unfortunate that we’ve reached the point where the elephant in the room has a spotlight put on it.

Late is always better than never and so if Johnson is put in the Ring of Honor it will still be something worth celebrating. Here’s hoping that this happens sooner rather than later now, since as it currently stands, the Dallas Cowboys are excluding a Hall of Famer from the group.