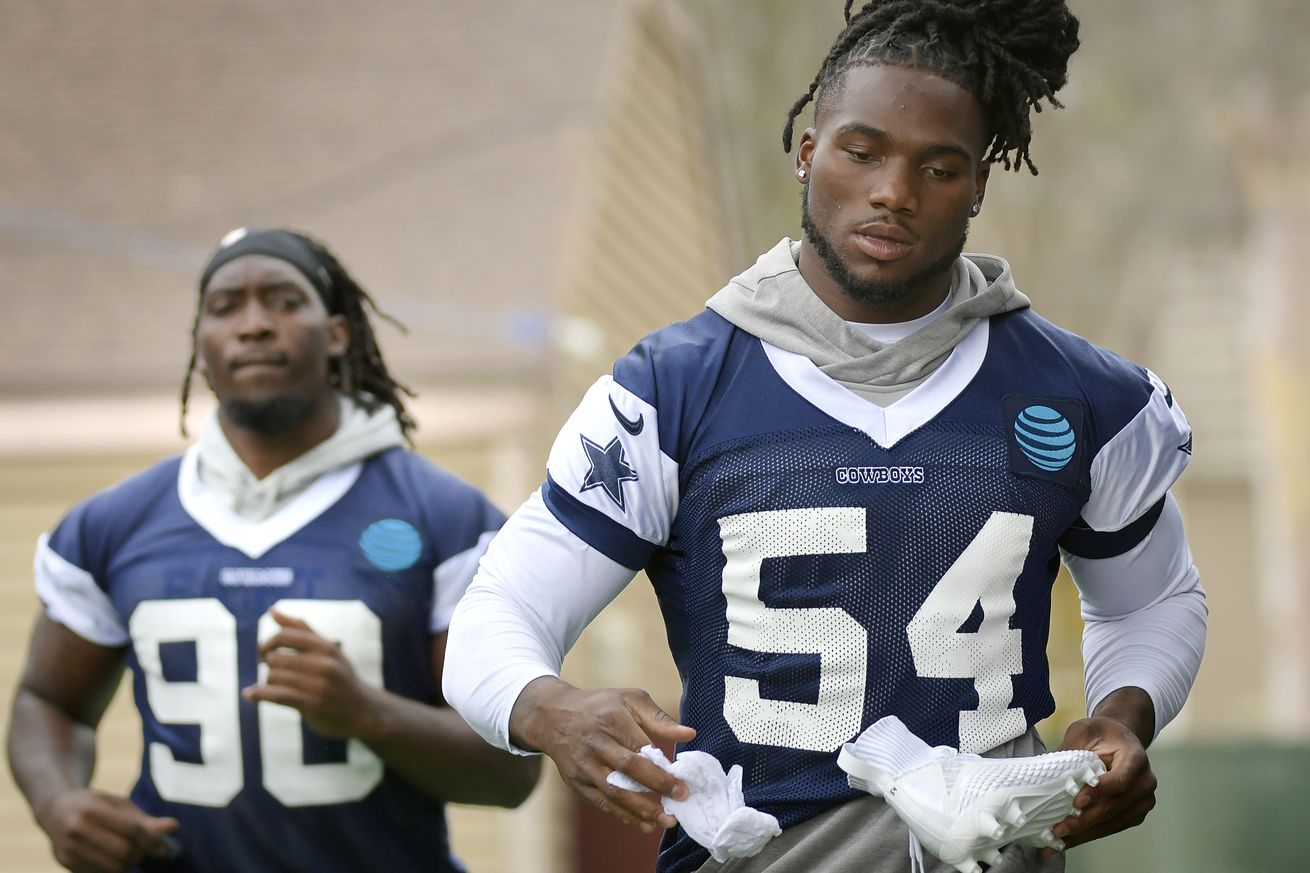 There are a lot of contractual decisions that the Dallas Cowboys are going to have to make this offseason. Dak Prescott, Amari Cooper, and Byron Jones all need new deals to name a few. You can toss in players like Randall Cobb as well, but with no disrespect intended towards him, he’s not exactly in the franchise-altering type box that the first three players find themselves sitting in.

Whatever deals ultimately do or do not come for these players will be dissected to the most minute degree. What’s more is that many moons from now, we will all look back and point to how the Cowboys were either right or wrong in doing what they did.

That’s what we’re here to do today. Let’s look at the four major deals that the Cowboys handed out last season. That’s right. Four. And none of them were for the quarterback that needed one. Go figure!

Tank Lawrence is currently the highest-paid player in Dallas Cowboys franchise history. You can deduce from that sentence that he got himself quite the deal a year ago.

Pass rushers are worth paying. They, along with left tackles, are the most-coveted position in football outside of the quarterback position and DeMarcus Lawrence was in a similar boat to the one that Dak Prescott finds himself (he was on an expiring deal) which worked to his advantage.

There is doubt a number of Cowboys fans feel like Tank didn’t live up to his huge contract during the 2019 season, but that argument ultimately (generally) settles in to a place where everyone accepts that Lawrence was a fine pass rusher that certainly had a legitimate option opposite of him in Robert Quinn.

The reality is that DeMarcus Lawrence was worth paying for the Cowboys. They did it and that’s where we are.

This was not the best season to be Jaylon Smith as, outside of Jason Witten, there was likely no other Cowboys player that lost as much good will with Cowboys fans as him.

Jaylon Smith is an incredible story. The fact that he is even physically capable of playing well or poorly is a testament to his inner strength and resolve and all of that is fully acknowledged.

The Cowboys thought they were ahead of the curve with Smith and looked to ride the wave that was his second official season playing for them. The deal that they gave him didn’t exactly incite riots, but he certainly did not play to that level in 2019. He is not one of the the better linebackers in the game at this moment.

What’s more is that many people believed that Smith was more focused on other things, things like personal branding and his own individual projects. The finances of this deal make it hard to really regret, but the overall package of it aren’t fun to look at these days.

This is, without question, the best contract that the Cowboys handed out a year ago in this writer’s personal opinion, and I’m going to go out on a limb and assume that you agree.

La’el Collins was the best offensive linemen on the Dallas Cowboys last season. That is no small feat. A year ago we were all extrapolating a few offseasons ahead and, especially after the 2019 NFL Draft, assuming certain pieces would slot into certain places and that Collins would be a casualty of that. The Cowboys disagreed.

Obviously the Cowboys wanted the Jaylon Smith contract to look the way that the Collins Collins one does, but you can’t hit on all of ‘em. Collins dealt with injuries, welcome to the game of football, but he was nevertheless fantastic last season.

This deal was and remains a home run.

Look. Ezekiel Elliott is extremely talented, there isn’t a football watcher that will disagree with that. In fact, most people probably are willing to go as far as saying that Zeke is the best running back in the National Football League. There are certainly contenders but it’s likely that if you put us all in a room and we had to agree with that statement that we could all do it.

We live in interesting times, though. The running back position faces more scrutiny than ever before and there are people heavily opposed to giving it a second contract, regardless of the player. The Cowboys obviously disagreed as they gave Zeke a $90M deal, after he held out mind you, and now find themselves looking at hypothetical deals and wondering where all of the infinite cap space is.

Elliott was a fine player in 2019 but the expectation for deals like that is astronomical and to the point that nobody can live up to them. While he was certainly a far better player at his position than say, Jaylon Smith was, his deal with regard to his position is still one that some prefer even less.

Looking back on soon-to-be (potentially) extensions from the Cowboys a year from now is going to be a far more different exercise considering we’re talking about the team’s quarterback needing to get paid. Positions matter in football which is so much of why people feel the way they do about the Zeke deal.

Which deal do you like the most with a year’s worth of data? The least? Perhaps you feel content with all four, but I’m going to assume that this might not actually be the case!