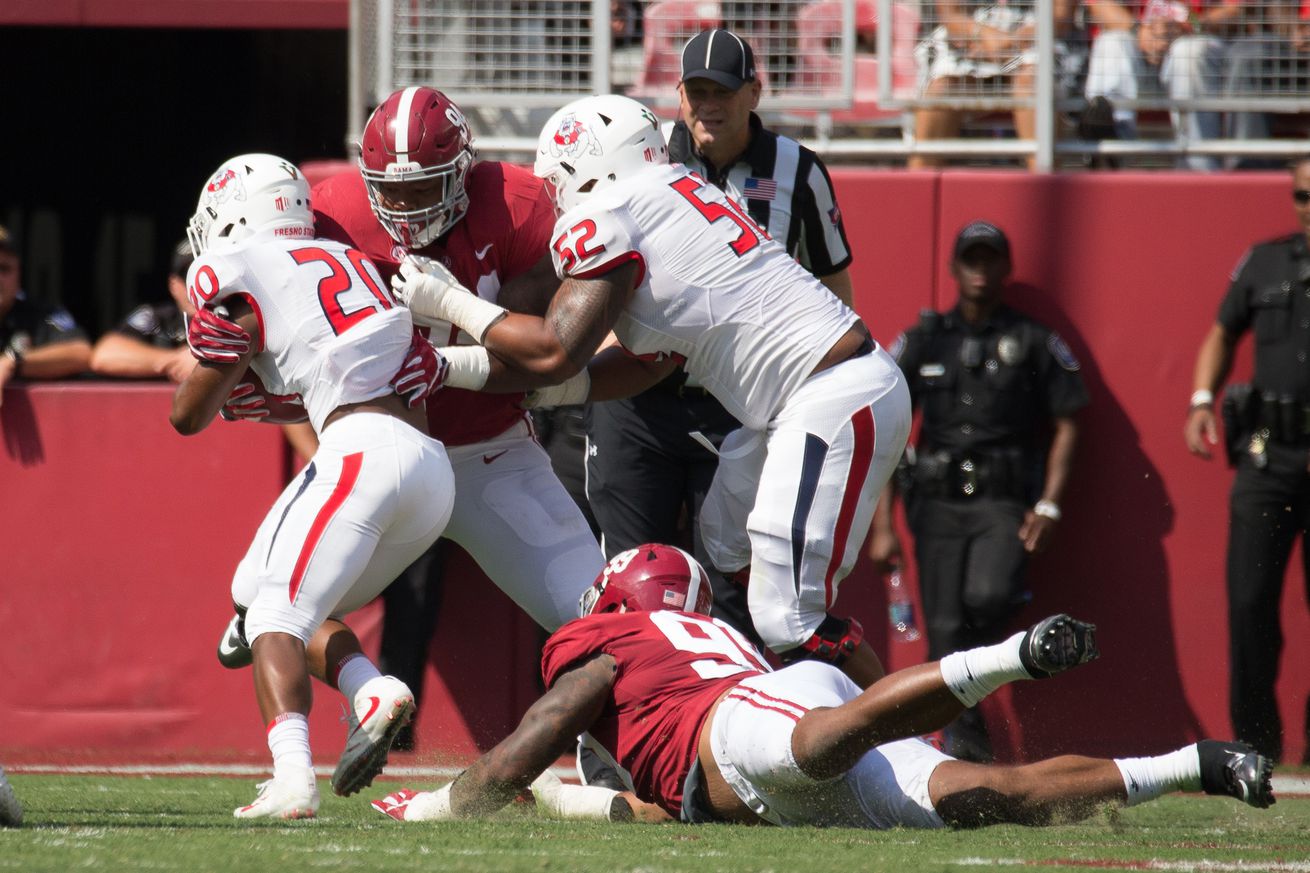 This time last year, there was little talk about the Cowboys selecting an offensive lineman with one of their top 100 draft picks. Shockingly, in the third round of the NFL Draft, the Cowboys took Connor McGovern out of Penn State. McGovern didn’t see the field at all in 2019 due to a pectoral injury, but should be good to go for the 2020 season.

Could something similar happen in 2020 if Netane Muti falls to the Cowboys on day two? While it’s unlikely, it’s certainly not out of the question. With the money the Cowboys are getting ready to handout to their own players and possibly some free agents, the Cowboys could look to certain position to save on their cap. Players such as Cam Fleming and Xavier Su’a-filo could be let go in order for the Cowboys to use those funds at another position. Both of those players have started and played key roles for the Cowboys in recent years. Could Netane Muti be the player drafted to take over their roles on the offensive line?

It’s hard finding an offensive lineman in the 2020 class that plays with the nastiness and tenacity that Fresno State’s Netane Muti possesses. Muti pairs that nastiness in the trenches, with an extraordinary amount of athleticism for an interior offensive lineman. While he projects as a guard at the next level, he started off his career at Fresno State playing tackle, and actually played more games at tackle than at guard for the Bulldogs.

Listen to BTB’s interview with Netane on Talkin’ The Draft!

Muti excelled as a pass protector given his quick feet, powerful hands, and ability to match pass rushers athleticism with his own. In the running game, he was notorious for handing out pancakes. Muti excelled getting to the second level, and executing reach blocks due to the quickness and angles he was able to create with his athleticism. He has some of the stronger hands in this class. When he gets his mitts on you, the rep is over for defensive players. Always looked for work in college, and you had to keep you head on a swivel when rushing the passer across from him. Playing football against Netane Muti did not look like a fun task for most defenders.

Injuries have plagued Muti’s career at Fresno State, forcing him to miss more games than he played in. Suffered an Achilles injury in 2016 that sidelined him for the entire season, another Achilles injury in 2018 that held him out of all but two games, and suffered a Lisfranc injury in 2019 that allowed him to play in only three games. The medical red fags will be a massive question throughout the offseason process. Playing style can lead to poor weigh distribution, and can get caught reaching far too often due to his aggressive style of play. Could also tone back some of the after the whistle activity to limit potential penalties down the road.

Without the injury concerns, Netane Muti would likely be in the discussion as one of the first offensive lineman drafted in the 2020 draft. He had some of his better games against some of the toughest competition in all of college football (Da’Ron Payne and Ed Oliver). While he doesn’t quite possess the same size, he reminds me a lot of Will Hernandez, a 2018 second-round pick by the New York Giants. Muti’s tenacity, ability to play both inside and outside if need-be at a high level, will make him a highly regarded lineman in a weaker class this year. If the Cowboys want to solidify their offensive line for the next four to six years, Muti could be a surprise selection on day two, if they do indeed go best player available.

Netane Muti wins the award for the most disrespectful lineman in this class.

Here’s some of my favorites from a highlight video he made. pic.twitter.com/qBSso0f1xO

What to do to DL if they leave their feet pic.twitter.com/U8u5BLZI04