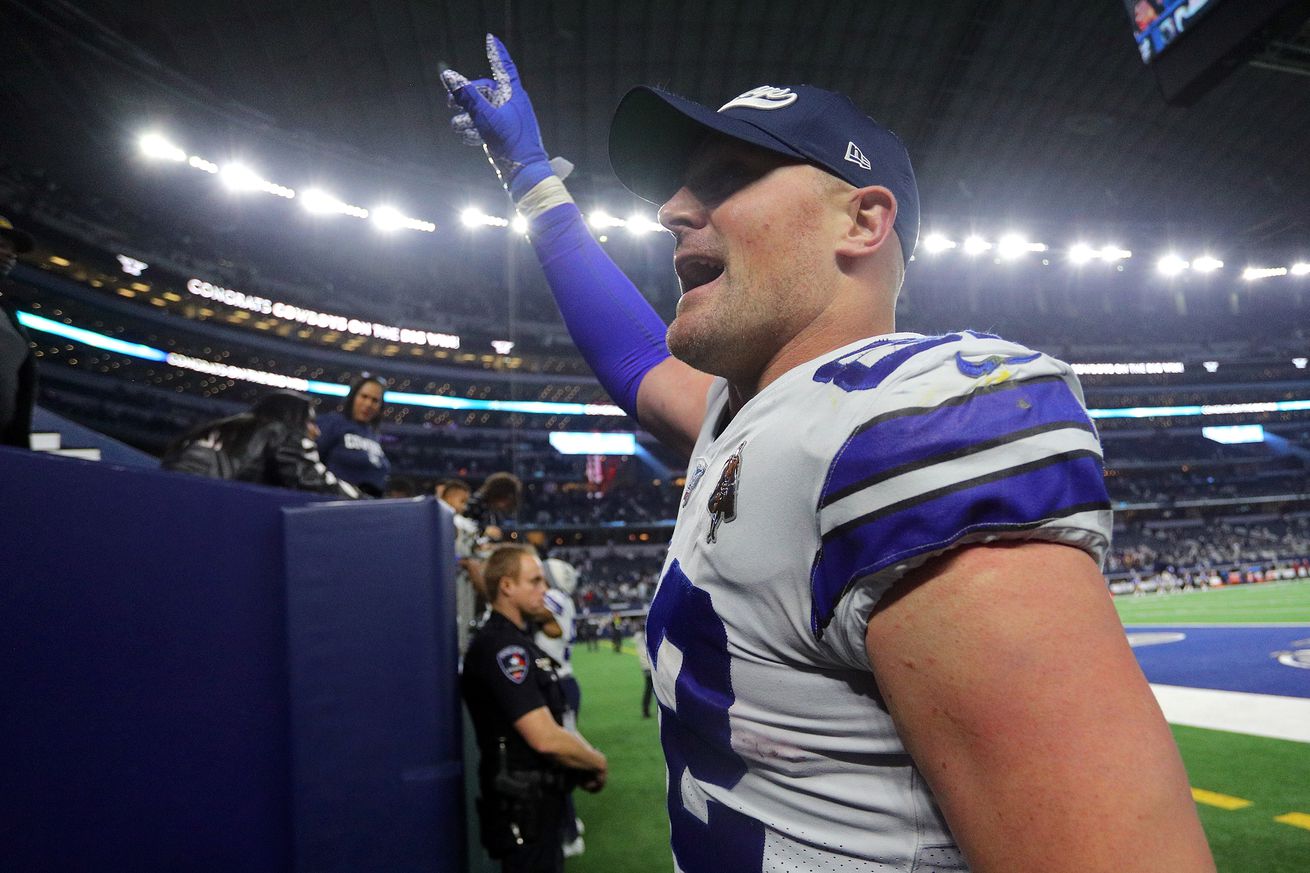 There are often very weird things that happen to NFL teams.

From time to time a free agent shocks us all with the club that they choose. Trades are always fascinating and sometimes catch us by surprise. Every now and then, more often when you focus on the Cowboys, you’ll get something truly wild, something like a player coming out of a one-year retirement to rejoin the team.

Jason Witten returned to the Cowboys last season after spending one fall in the Monday Night Football booth. Witten’s future remains a mystery as things with him have begun slowly this offseason. One thing is for sure, he won’t be the team’s tight ends coach like many had previously speculated.

The worldwide leader launched some interesting Jason Witten speculation a few weeks ago when Chris Mortensen openly thought that the tight end could follow his former head coach Jason Garrett to the New York Giants.

It would be hard to imagine Witten playing somewhere other than with the Cowboys but anything is possible. It’s hard to logically explain why he would want to do something like that, especially with the current day Giants, but obviously we don’t know what’s going on in Witten’s mind.

ESPN, who had that speculation and previously employed Witten during his year off, wrote in their offseason predictions for all 32 NFL teams that Witten will be playing in 2020… for a non-Cowboys team.

Jason Witten will play a 17th season … but it won’t be with the Cowboys.

At the end of 2019, Witten said he would make a quick decision on his future, which led many to think he would retire and potentially get into coaching. He still hasn’t made one, which brings the playing element into focus. Witten is the franchise leader in length of service, games played, catches and receiving yards. He is one shy of equaling Dez Bryant’s team record for touchdown catches. He is a Cowboy through and through. The Cowboys like Blake Jarwin’s development and could look to add a tight end early in the draft. Witten was productive in his return as a blocker and receiver in 2019, but he turns 38 in May and the arrival of Mike McCarthy as coach could mean the right time for an amicable separation. — Todd Archer

Again it is worth pointing out the ESPN of this all. Witten worked for them, they had the speculation about him going to the Giants, and now their “offseason prediction” is that he will play for someone other than the Cowboys. There’s a lot of smoke coming from an outlet that clearly knows Witten well.

Jason Witten has yet to win a Super Bowl during his career so that is clearly the thing that evades him, going to the New York Giants in 2020 would hardly meet those needs as most people seem to see that organization, but maybe he feels differently. Greg Olsen is already making the rounds as a free agent which puts Witten behind him, who else would want him right now? Who could you legitimately see giving him a shot?