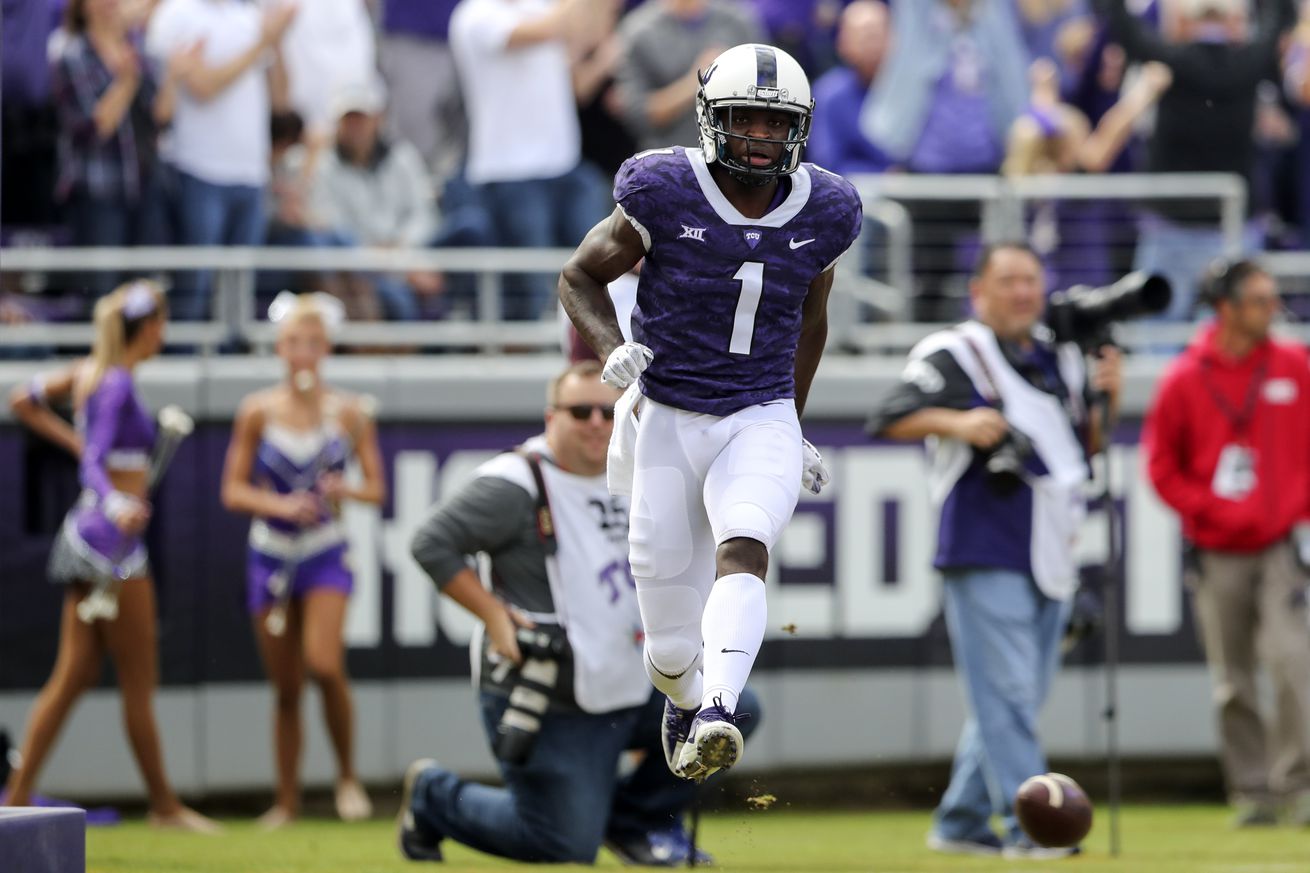 We take a look at some possibilities for the Cowboys come April.

There is debate on what position the Dallas Cowboys need to address first in the upcoming 2020 NFL Draft. Some believe that bringing in a stud safety to anchor the back-end of the defense should be priority number one. Others feel as if it is now time to finally spend a premium draft pick on an interior defensive lineman. Wide receiver, cornerback, and edge rusher are three other positions that have been brought up, especially with the uncertainty surrounding Amari Cooper, Byron Jones, and Robert Quinn.

The Draft Network has a really cool tool called the Mock Draft Machine, where any user can act as if they are the GM of their favorite team and fill different needs for their squad. The machine allows you to pick any amount of rounds you would like to draft, ranging from just the first-round to a full on seven-round draft.

I decided to have some fun and play around with the draft simulator. Selecting a four-round mock, I came up with just one way Will McClay and company can draft this April.

*all stats from sports-reference.com unless otherwise noted.

It is no secret that there is a hole in the defensive backfield. There is doubt that the Cowboys will be able to bring back Byron Jones, and the safety position has been a source of weakness for a while now in Dallas. Assuming that the Cowboys do not go out in free agency and bring in a top-notch safety, you can probably assume that this is a position that the front office will have its attention on during the first day of the draft.

That safety could be LSU defensive back Grant Delpit. The 2019 Jim Thorpe Award winner did not have his best season in purple and gold, but he has showcased throughout his career in Baton Rouge that he has star traits. The former IMG Academy star was considered to be a top-10 selection entering his junior season; however, injuries and inconsistent play has seen his stock drop.

Still, Delpit has flashed big time moments in the best conference in all of college football. His rangy style of play and ability to create turnovers made him one of the nation’s best defensive backs entering this past season.

Delpit comes with risk — his effort was questioned in 2019, his tackling leaves a lot to be desired, and he is not a finished product — but the upside that he can potentially provide to a defense is hard to pass up.

One receiver that is likely to garner a lot more hype as we progress through the draft process is TCU Horned Frogs speedster Jalen Reagor. Reagor, a native of nearby Waxahachie, decided to stay home and play for Gary Patterson’s squad over the likes of Alabama, Oklahoma, and Texas. Almost immediately, the top-100 prospect made a name for himself in Fort Worth.

Reagor’s freshman campaign displayed just how dangerous the speedy wideout can be as he terrorized defenses week after week to the tune of 33 catches for 576 yards and eight touchdowns. His 17.5 yards per reception and 8.1 yards per rush showcased how dangerous the Texas native can be with the ball in his hands.

Jalen Reagor is an impressive athlete. Also shows some nice nuance to set defenders up. High pointing also a trademark of his skills set pic.twitter.com/9HRRAtPFPQ

Reagor went on to total 1,672 yards and 14 touchdowns over his last two seasons in Fort Worth — with inconsistent-to-poor play from the quarterback position.

The speedy receiver showed the ability to stretch the field and make explosive plays through the air; albeit, he did have his fair share of drops. Reagor also adds a lot of value in the return game. The former TCU star averaged more than 17 yards per punt return — including 20.8 in 2019 — and returned one to the house.

Need an elite punt returner? Reagor can do that for you, too. pic.twitter.com/u2XVZflof7

Reagor is not the biggest or most talked about receiver in a draft class loaded with pass catchers, but he is dynamic, fast, and electric. While I am skeptical he is still on the board at this point come April, the Cowboys would be hitting a homerun by drafting Jalen Reagor.

Check out this thread.

Safety? Check. Offensive weapon? Check. Where do the Cowboys go in round three?

The Cowboys added Grant Delpit during day one, but the secondary still needs help. Byron Jones will likely be playing in a different city next season, Anthony Brown could leave town, and the remainder of the Cowboys’ defensive backs were iffy, to say the least.

While Dallas is not able to grab a guy like Kristian Fulton, C.J. Henderson, or Jeff Gladney here, UCLA’s Darnay Holmes is on the board. Holmes, a five-star prospect out of Calabasas High School in California was invited to the 2020 Senior Bowl and he used that week to his advantage.

The former UCLA defensive back has 120 tackles and eight interceptions (including two pick-sixes) to his name, showing that he is able to get physical and has some ball skills to go along with it. The listed 5-foot-10, 199-pound defensive back has built some hype leading up to next month’s NFL Combine.

Adding Holmes to the secondary would give Dallas a corner that will be physical in the run game, is successful in press, and has a history of contributing on special teams.

Darnay Holmes vs. Hollywood Brown. If you’re a fan of the NFL, get used to this matchup. You’ll probably be seeing it a few times in the league in years to come.

Holmes wins this matchup, getting the pick on the deep ball. pic.twitter.com/41vkyfcFTU

Many fans have been screaming for the Cowboys to address the hole in the middle of the defensive line. Barring a surprise scenario where Chris Jones is wearing silver and blue next season, you could bet that interior defensive line will be on the Cowboys’ list during the draft.

Missouri’s Jordan Elliott is a defender that is seeing his stock rise more and more as we get deeper into the draft process. In fact, Elliott’s stock is so high at the moment that I was caught off guard to see the Houston native still on the board at this pick.

Elliott accounted for 68 tackles, 16.5 tackles-for-loss, and 5.5 sacks in two seasons with the Tigers after beginning his collegiate career in Austin with the Texas Longhorns. The 6-foot-4, 315-pound lineman possesses great size and ideal length for the position. He was strong against the run, explosive off the line of scrimmage, and was able to disrupt the play before it got started during his final season on the college level.

The Cowboys have a glaring need at the position, so the fit would make sense; however, Elliott has a chance to be the third defensive tackle taken in this year’s class after Auburn’s Derrick Brown and South Carolina’s Javon Kinlaw. So, he will more than likely be off the board well before pick 117.

Stranger things have happened, though. We can dream, can’t we?

Jordan Elliott beats his block and crushes the run pic.twitter.com/8Jj9OYlpmZ

Predicting how a draft will go this far out is certainly challenging. A lot can change from now to the combine to Pro Days to the actual draft. Some see their stocks rise, while others see them fall. Still, it is a lot of fun to see who Dallas could potentially add to its roster.

Which player would be your favorite pick from this mock draft?