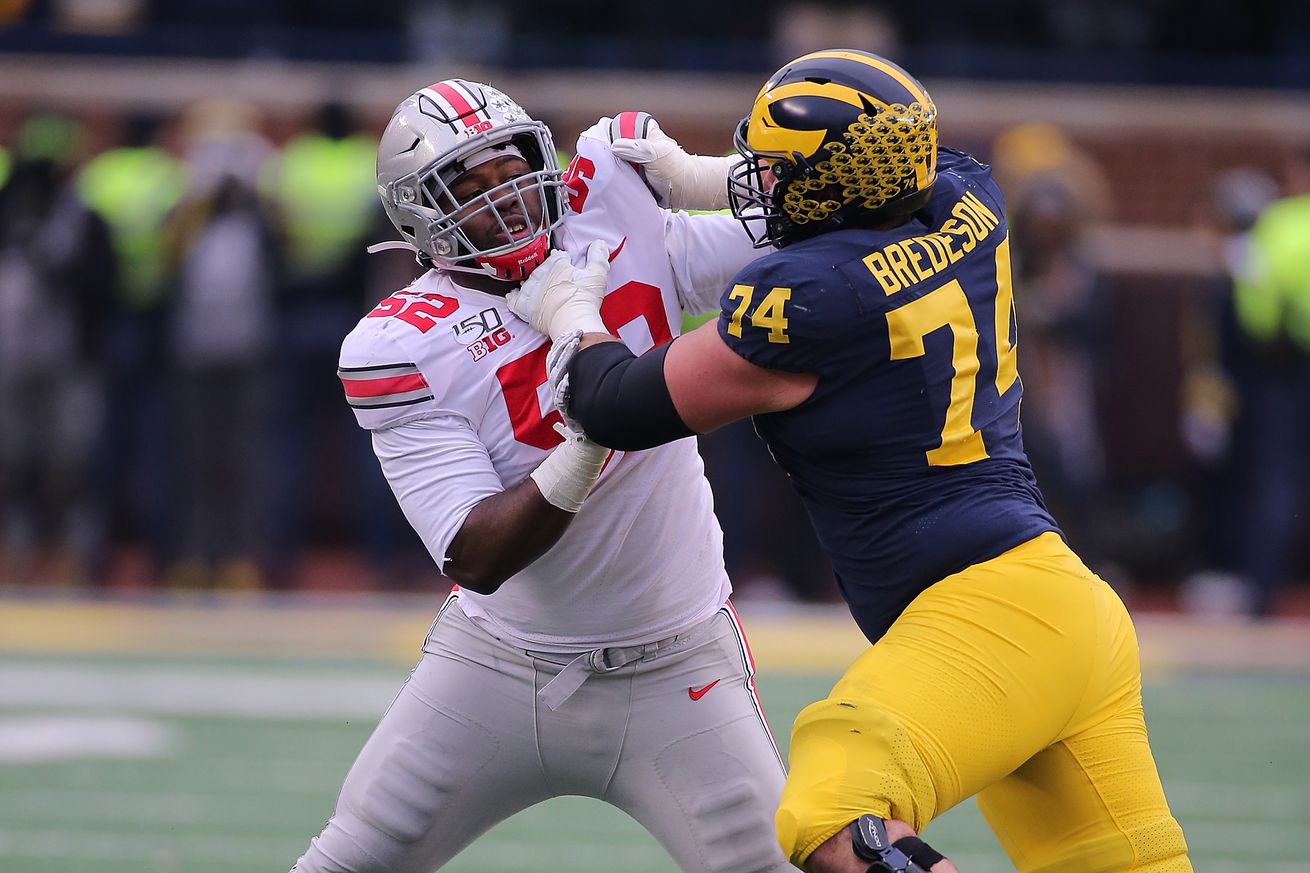 Which interior offensive linemen would be intriguing additions to the Cowboys?

The Cowboys saw their offensive line bounce back in a big way in 2019. After giving up nearly 60 sacks in 2018, Dak Prescott was only brought down 23 times this past season. Part of that success was the return of Travis Frederick after missing the 2018 season.

The Cowboys are fortunate to have one of the best lines in football anchored by Tyron Smith, Zack Martin, Travis Frederick, and La’el Collins. Even Connor Williams played much better after struggling in his rookie season. The starting five are under contract for the near future and they will also finally get to see Connor McGovern take the field in 2020.

Offensive line is not necessarily a huge need for Dallas but think about what happens when you take one of their best four out, it’s not pretty. In the NFL, good offensive line depth is coveted by many but so hard to attain. Joe Looney and Xavier Su’a-Filo have been solid backups for several seasons but are both free agents this offseason. With a whole new coaching staff in place, these two might not be as valued as they once were.

The Cowboys may have to replace their backup center and guard. We all know the cheapest way to do that is through the draft so let’s look at the interior linemen in this class.

Now, let’s take a detailed look at six prospects that might be on the Cowboys’ radar come late April.

Cushenberry would be a great addition to an already very athletic Cowboys line. He has the versatility to play both center and guard though his best fit might be guard to start. He just doesn’t have the communication experience that the NFL wants from the center position. Cushenberry is a bit raw but still has enough traits that you can be comfortable letting him start. With a little refinement and strength added, he’ll be a quality starter in the NFL.

Cesar Ruiz is a great prospect for a team looking to add a center. He’s very intelligent and knows how to make up for any limitations with solid overall technique. The amount of power he plays with is incredible and he keeps balanced with good pad level. Cesar Ruiz will need to shed a few bad pounds he’s put on but he’s still surprisingly athletic regardless.

Robert Hunt would be a good fit for those run-heavy offenses because he can really do some damage at the second-level. He uses leverage and extension well to grip and toss defenders aside. He’s a mauler at the point of attack and though he lacks fluidity and flexibility, he is one powerful finisher.

For a guy who lacks size, Nick Harris is pretty effective all around. He wins with his athleticism, refined technique, and great communication skills. He’s not the most powerful guy and has to watch his pad-level but he’s very quick and agile in second-level blocking assignments. Harris has a balanced skill set that will allow teams to overlook the size limitations.

Bredeson is tough as they come and once he’s latched on to a guy, they are finished. He has great length and size, he’s even held up well when asked to play tackle. Bredeson is not going to impress much in terms of athleticism but he’s so strong and powerful that it doesn’t cause him too many problems. He’s put a lot of effort into his technique and still has room to grow.

Damien Lewis is a big man and he does a great job at making himself immovable. Lewis is not going to be a very mobile guy, he just doesn’t have that fluidity in his makeup. However, his strength, power, and use of leverage will help him succeed anywhere he lands.