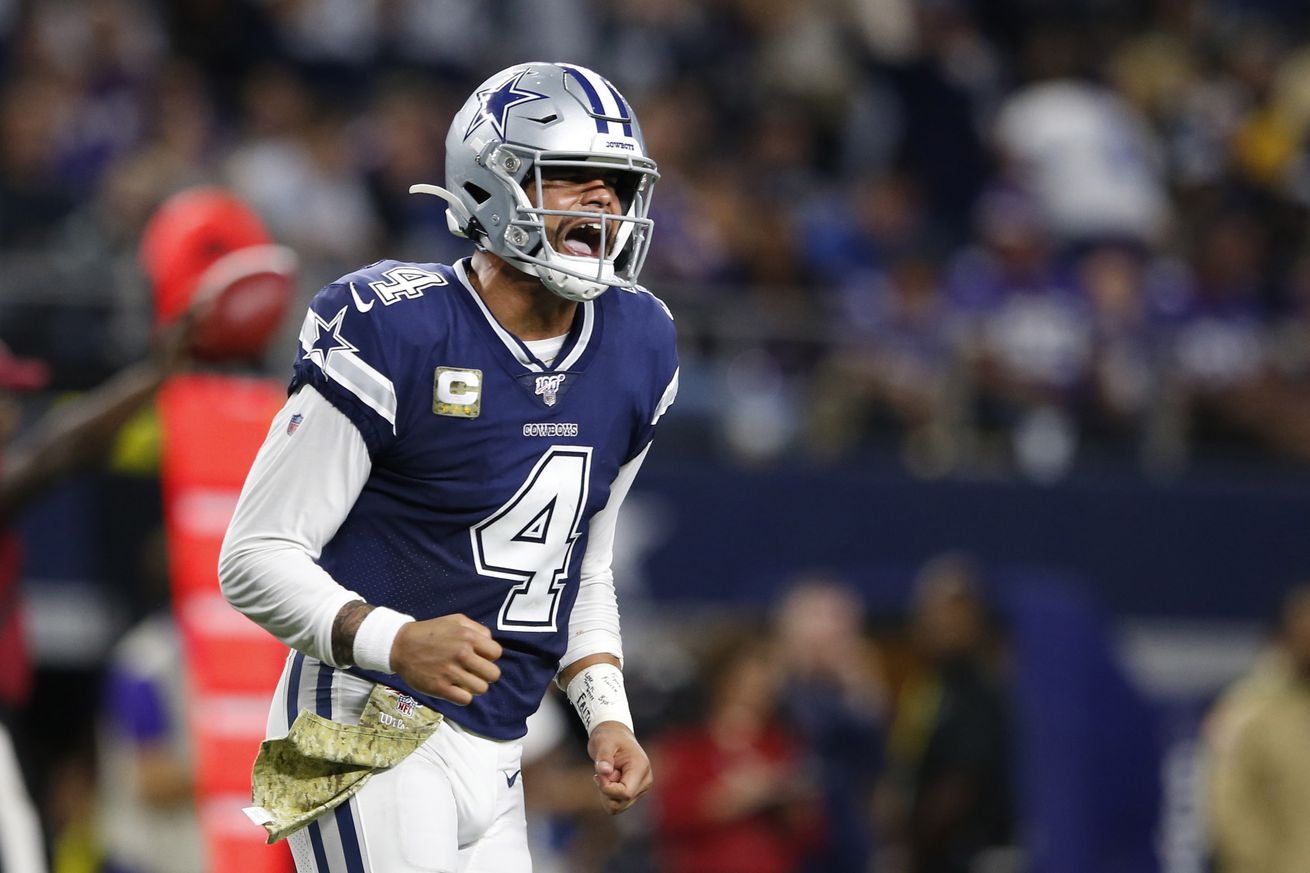 The cost of signing QBs is going up and up; Dallas needs to conclude business soon with Dak Prescott

Death, taxes, and debating the financial value of a Dallas Cowboys quarterback. It’s true that Cowboys fans have long disagreed on how much their team’s signal-caller should be paid, this is a phenomenon that really dates back to about 2007 when Tony Romo signed his first significant deal with the club.

Someday, after the Cowboys have won the next 20 Super Bowls maybe, we will all look back at the debate that encircled Dak Prescott’s contractual situation with either a smile or horrible memory of what unfolded. There are people that believe Prescott should be paid among the game’s top quarterbacks and then there are some that do not.

The price for quarterbacks is only going to continue to balloon

This is an important thing to realize. The market for quarterbacks, just about all of them, is only continuing to rise.

Two years ago the Atlanta Falcons signed quarterback Matt Ryan to an extension that paid him $30M per season. This outraged people. No way Matt Ryan could be worth that. Even though he was coming off of winning an MVP award and the season prior he lost the Super Bowl.

That figure made Ryan the highest-paid quarterback on an annual average basis. Despite the fact that this was just two years ago, we are now reaching the point where someone is floating the idea that Teddy Bridgewater could command $30M per season. Seriously.

Teddy Bridgewater is expected to have a “strong market” in free agency and could land a multi-year deal, paying him around $30M per year (@JFowlerESPN). pic.twitter.com/UiKEtH8Otq

It pays to be a quarterback (obviously). It is the most important position in the game of football so teams aren’t exactly going to risk not having someone who’s capable manning it for them. This is why the Falcons chose to pay Matt Ryan, and it’s potentially the reason why someone could pay it to Bridgewater (in terms of believing he’s capable of doing it himself).

With $30M becoming fairly normal for new quarterback contracts, the price for quarterbacks of significant accomplishments will continue to rise. Dak Prescott has a résumé that puts him in line to be paid in the upper tier. If you thought that Dak was going to sign for $30M per season, even if you thought this a year ago, you’re not going to get that wish.

Someday whatever Dak is paid will look just like this value

As you can see, Matt Ryan’s annual value is starting to look like a bargain with the new contracts rolling in. It would be a dream to have a quality quarterback locked in long-term for $30M a season, right?

Whatever the Dallas Cowboys sign Dak Prescott to as far as his annual value is concerned… it’s highly likely that two years from now it will look just as friendly as Matt Ryan’s does now. Again, Matt Ryan’s deal came just two offseasons ago and now his figure is being associated as the neighborhood that someone with as much mystery as Teddy Bridgwater could land.

There are plenty of other quarterbacks that will be paid in the years to come. As it currently stands, Pat Mahomes needs a new deal, so does Deshaun Watson. Just one year from now quarterbacks like Lamar Jackson, Josh Allen, and Baker Mayfield will be eligible. A year after that Kyler Murray and Daniel Jones could get new deals. The cycle of quarterback payment life will continue to roll on and on and on as long as the NFL continues to make more money (which is highly probable).

Plenty of people have been saying that the Cowboys need to have beaten Philadelphia and the Los Angeles Rams in striking deals with Carson Wentz and Jared Goff. They obviously did not do that. Now the race is on to beat Kansas City and Houston for Mahomes and Watson, but even a deal for Teddy Bridgewater at the reported yearly value could up Prescott’s price.

The longer the Cowboys wait the higher the number is going to be. It’s simple business.